Milktooth Is Popping Up in Cambridge for a Spring Lamb Dinner

Jonathan Brooks of the acclaimed Indianapolis restaurant is kicking off a new guest chef series at Café ArtScience. 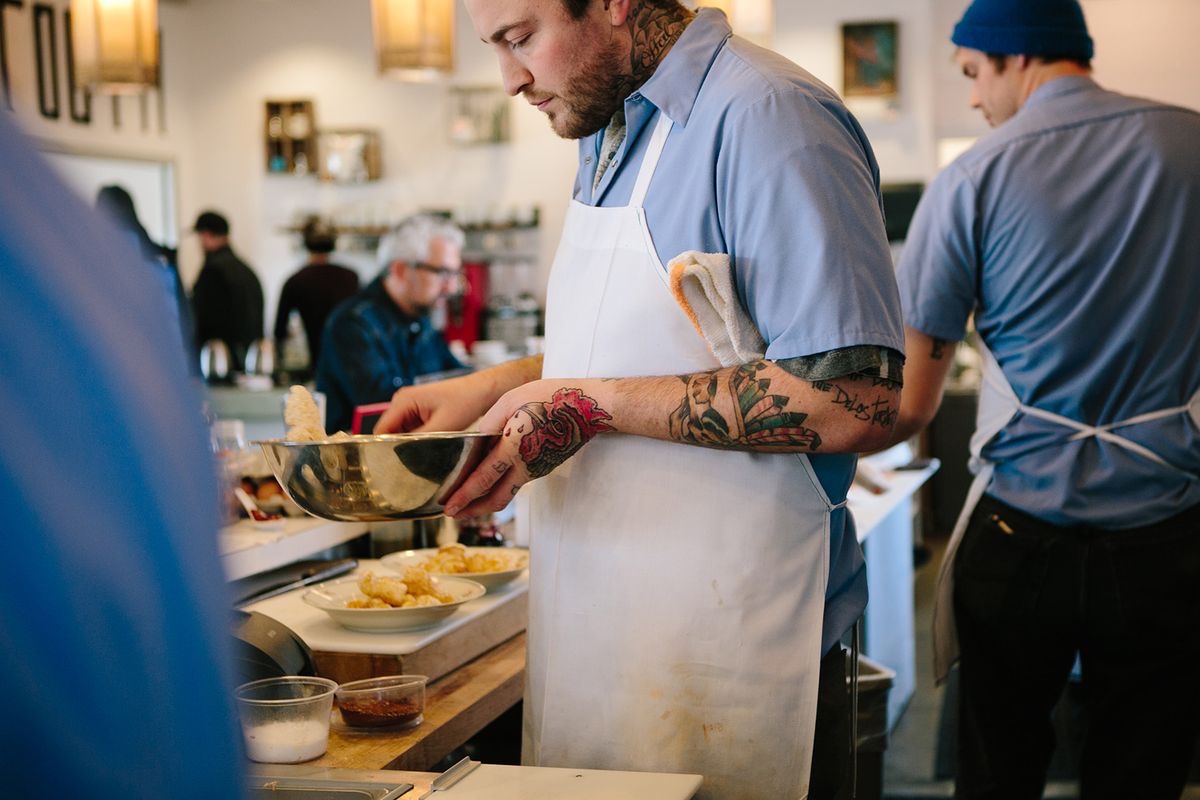 Before Brandon Baltzley settled down at Café ArtScience, the chef was frequently traveling around the U.S. and beyond to collaborate in other kitchens. Now, he’s bringing those relationships to Cambridge: Jonathan Brooks of the beloved Indianapolis brunch joint Milktooth inaugurates a new guest chef series at Café ArtScience next month.

Baltzley and Brooks are longtime friends, and Baltzley and his wife, chef Laura Higgins-Baltzley (the Buffalo Jump), have cooked at Milktooth with their traveling pop-up, Crux. This will be Brooks’ first time popping up in Boston.

Milktooth debuted in 2014, and has since landed on Bon Appetit’s Hot Ten (2015) and Condé Nast Traveler’s Where in the World to Eat lists, despite that fact that it only serves boundary-pushing breakfast, lunch, and brunch. Brooks was the first-ever Food & Wine Best New Chef honoree who doesn’t serve dinner at his restaurant.

At Café ArtScience, the chef isn’t bound to daytime meals. Brooks is collaborating with Baltzley and Café ArtScience pastry chef Giselle Miller on seven courses (plus an amuse-bouche), inspired by springtime. That means early season produce, and several preparations of lamb. Check out the menu below: