The second annual celebration, originally held at City Hall Plaza, is coming up in the South End on September 22 and 23.

The 2017 Copenhagen Beer Festival will be at the SoWa Power Station. / Photo provided by SoWa Boston

Change of plans for the Copenhagen Beer & Music Festival: Instead of descending on City Hall Plaza when it returns to Boston on September 22 and 23, it will be held at the SoWa Power Station.

A co-production of Mikkeller Beer and Boston Calling Events, CBC Boston brings a venerable lineup of North American and international breweries to the city, including Brooklyn-based Other Half, Bottle Logic from Anaheim, California, Sweden’s Stigbergets, Belgium-based Bokkereyder, Trillium, and more. Check out the updated lineup below.

CBC began several years ago in Copenhagen, and as Mikkeller’s relationship with Boston Calling Events has grown, he brought it to Boston for its first stateside iteration last year. Apparently, the producers have long been eyeing the 19th century brick power plant. The organizers say there’s no change in capacity, based on how the festivals are set up.

“We fell in love with the SoWa Power Station years ago when we were scouting venues, but the venue was unavailable at the time,” Boston Calling Events cofounder Brian Appel says in a press release. “As it just recently became available, we felt it was the best possible choice for the festival’s overall atmosphere and the ticketholder’s enjoyment. The Power Station’s charm and intimacy is reminiscent of our partner’s venue for Mikkeller Beer Celebration Copenhagen, one of the most popular and respected beer gatherings in the entire world. It has this incredible character and historic architecture; we could not be more pleased to call it the festival’s new home.”

The SoWa Power Station has hosted a number events over the last couple years, including the Massachusetts Brewers’ Guild’s first-ever festival, to kick off the 2017 season of the SoWa Open Market. At CBC, it will offer both covered and open-air space for imbibing. Bonus: the new location allows CBC to begin an hour earlier. Limited tickets are still available for all sessions, and come with unlimited sampling.

Have fun, and stay hydrated! 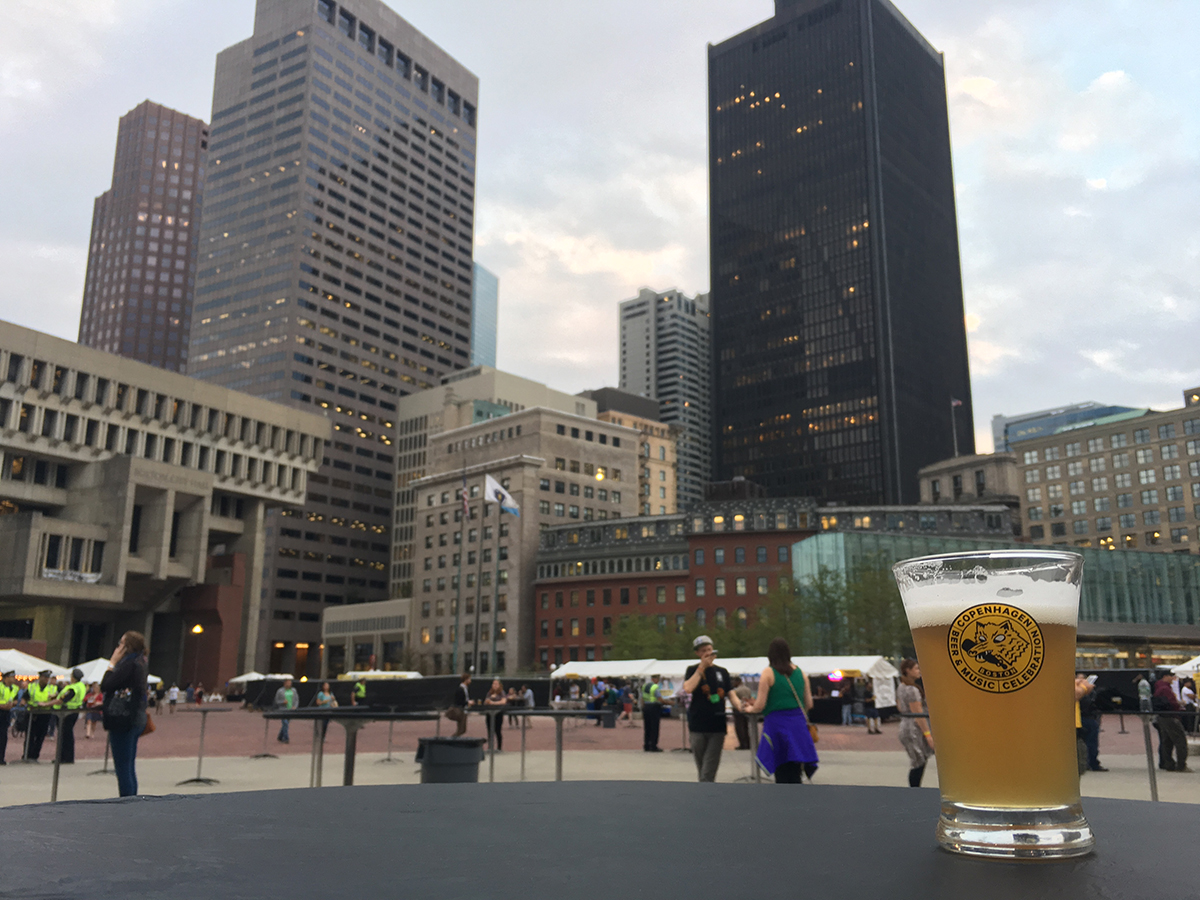 The 2016 Copenhagen Beer Festival in Boston. / Photo by Jacqueline Cain