The Quiet Few Is Looking to Open in East Boston 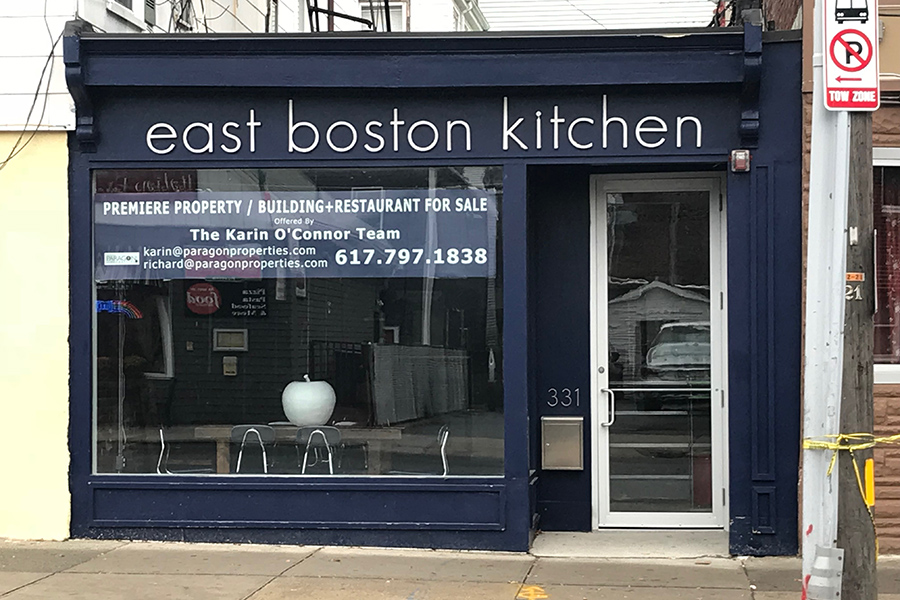 Restaurateur Josh Weinstein is planning to open the Quiet Few where East Boston Kitchen once was. / Photo provided

Josh Weinstein, a Newton native, spent most of his adult life in New York City managing a busy East Village bar. But when he and his wife were thinking about where to put down their family’s roots—including starting their own restaurant—they were drawn to Boston.

Pending licensing approval (the City of Boston deferred its decision after an October hearing), Weinstein plans to bring new life to the long-vacant East Boston Kitchen space in Jeffries Point with his debut, the Quiet Few.

“What they do is they create a community,” Weinstein says of his former employers, noting that he (and others) had opportunities for promotions within the company, and that he has personally attended weddings, bachelor parties, and other personal events with Whiskey Town regulars.

“A pub restaurant can be a pillar of the community where everyone meets, out of home-mode and work-mode,” he continues. “When I first really started to think about opening up my own place, I had options to do it in New York, but what these guys have done I think is so special, I really wanted to bring that to Boston.”

When the couple first returned, they settled in East Boston—and Weinstein quickly realized the neighborhood didn’t really have the community pillar he was envisioning. (To be clear, the Quiet Few is unaffiliated with the Whiskey Town group. Weinstein is just inspired by them, he says.) Jeffries Point has a pizzeria and other quick-service options, KO Pies is located down on the Shipyard, and Cunard Tavern opened on Orleans Street earlier this year. But Weinstein sees a real opening for a casual, comfortable concept. From local teachers popping in after a long week, to restaurant industry workers returning to East Boston after a shift downtown, to softball teams celebrating a win, Weinstein wants his neighbors to be at home at the Quiet Few.

“People like my wife and I who are looking to go grab and bite and beer on a Sunday afternoon, I don’t want the people who live here to go elsewhere for that,” he says. “As [East Boston] grows residentially, I want to keep the money here, too.”

The Quiet Few—which is named for a song by one of music buff Weinstein’s favorite bands—will be a small restaurant, with room for about 45 seats. Weinstein plans to keep East Boston Kitchen’s exposed brick for the “cozy” new concept. He’s using an image of his wife Linsey’s grandfather—a restaurateur in Italy and Connecticut—as a muse for its early design. He hasn’t yet hired a chef, but the Quiet Few’s early menu drafts include burgers, grilled cheese sandwiches, salads, vegetarian options, house-made potato chips, and other simple staples, alongside local beers, an extensive whiskey list, and cocktails including seasonal frozen drinks (an icy negroni, anyone?).

So, he isn’t trying to reinvent the wheel, Weinstein says. But the Eastie resident doesn’t think he needs to do anything flashy to give his community something valuable—a cozy space, hospitality, and solid food and drink are what it needs. Weinstein is sharing more about the Quiet Few at the Jeffries Point Neighborhood Association’s monthly meeting on Tuesday, Jan. 9.