Chef Kristen Kish Is Actually Opening a Restaurant in Austin

The Top Chef and beloved, one-time Boston chef will showcase her travels and experiences at Arlo Grey. 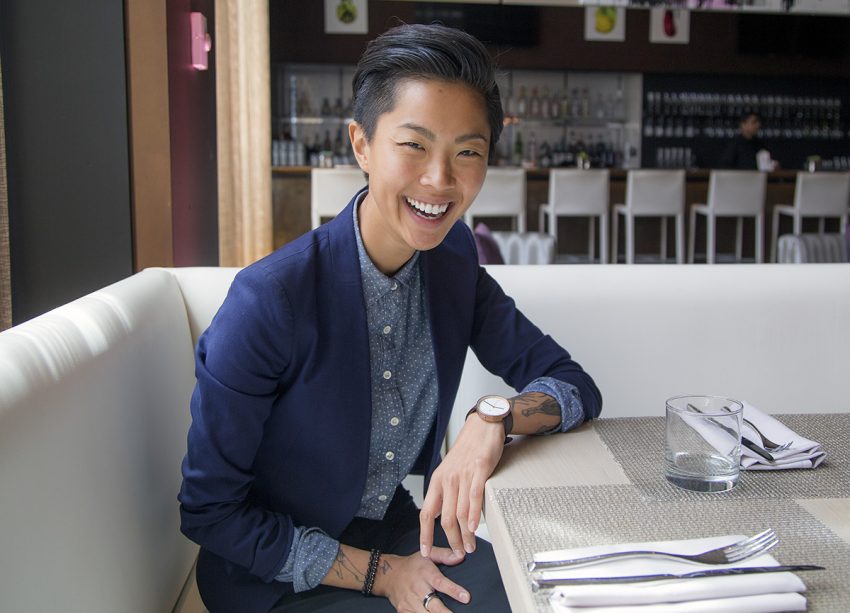 The Top Chef season 10 champion and host of the Travel Channel’s short-lived 36 Hours is set to open her own restaurant, called Arlo Grey, in the forthcoming Line ATX Hotel, Eater Austin reported.

Arlo Grey will combine all of Kish’s French and Italian training, influences from her broad travels, and Texan and Gulf-inspired flavors. There are few other details out about the restaurant so far, but Austin360 reports that it will “take advantage of its urban-meets-natural setting,” located above Lady Bird Lake in downtown Austin. The Line ATX Hotel is slated to open late this spring,

The Sydell Group is behind the new hotel. It also owns high-end lodging in cities such as Los Angeles and New York, and Line hotels in L.A.’s Koreatown, and Washington, D.C. During the search for an executive chef for the Line ATX, Sydell CEO Andrew Zobler looked for someone who fell in between celebrity chef and someone local to Austin, he said.

“When Kristen came along, a bunch of bells went off,” he told Austin360. “Her personality to me vibes with Austin culture.”

Kish had previously announced plans to open an unnamed restaurant with Brooks Reitz in Charleston, South Carolina, but those plans fell through. In August 2016, her then-business partner cited a city-wide staffing issue as the cause of delay.

Meanwhile, for those who can’t get to Austin, or who just miss Kish in Boston can get a taste of her cuisine from her debut cookbook. Released in August, Kristin Kish Cooking includes 80 technique-driven recipes for Kish’s own take on home cooking.