How many references to lines from the Tony Award-winning musical can fit on a menu? Just you wait. 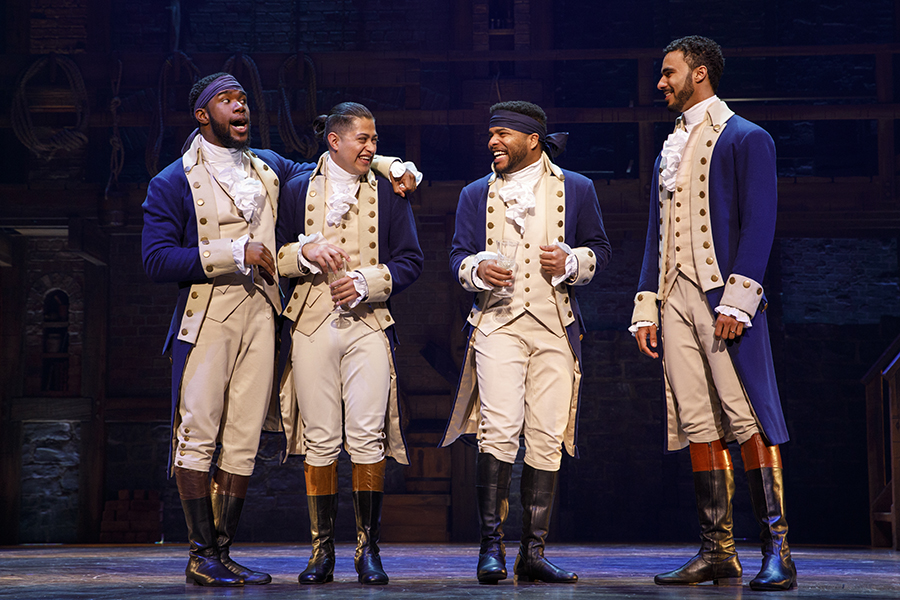 The second week of the two-month Boston run of Hamilton just started, and the hype around the Tony Award-winning musical is only growing. If you’re a ticket holder (or a lucky lottery winner) heading to the Boston Opera House this fall to see Austin Scott as the titular Founding Father and Winchester native Nick Christopher play his nemesis Aaron Burr, there are plenty of places to pre-game in the Theater District.

And of course, Boston restaurants are not throwing away their shot to create themed cocktails, bar snacks, and even brunch inspired by the Broadway hit. Check out these Hamilton-inspired specials if you’re young, scrappy and hungry.

While Hamilton is in town, the nearby Ritz-Carlton hotel restaurant is raising a glass in the form of three themed cocktails, including Eliza, named for Hamilton’s wife, made with Bacardi, Cointreau, citrus, bitters, a dash of Aperol, and a topping-off with effervescent Bantam Cider. Each Hamilton-themed drink is $15, and is on the menu until November 18. 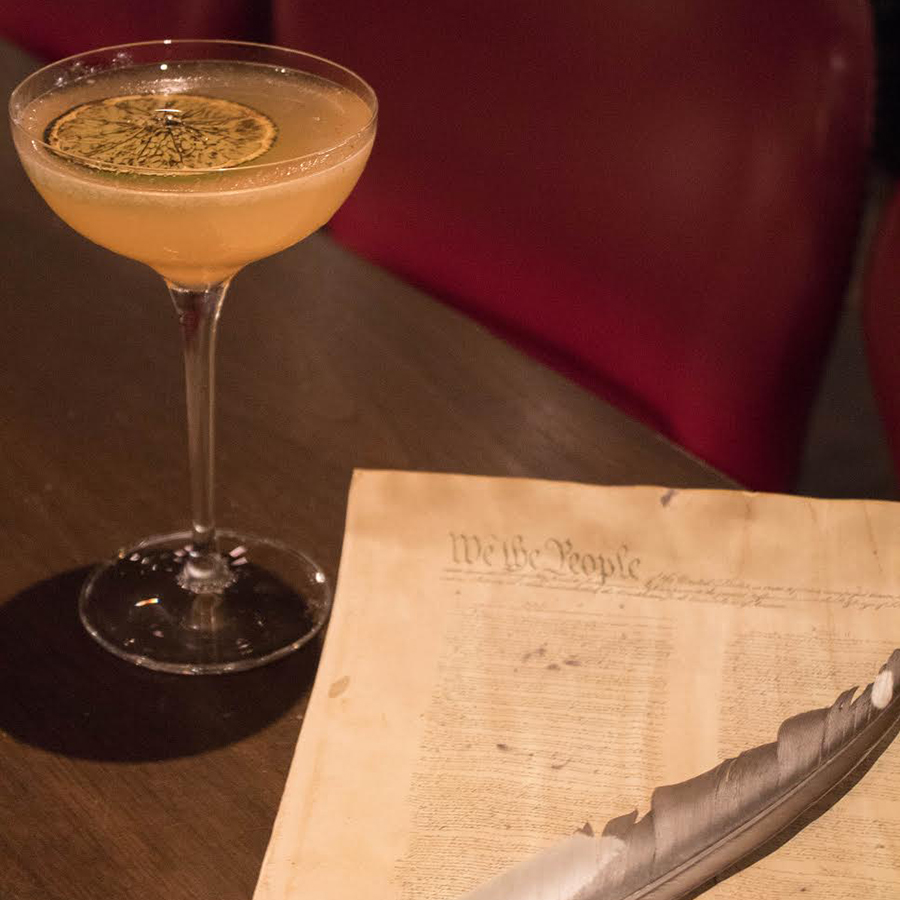 The Hamilton Daiquiri at Boston Chops.

There is a 10 percent, same-day discount for any theatergoers who visit this Downtown Crossing steakhouse and show their tickets—to Hamilton, or any other show. But there are no tickets required to drink the Hamilton. The $13 special is inspired by the what the Founding Fathers might have been sipping during the early years of our country. It’s made with Blandy’s Madeira, Plantation 3 Stars Rum, lime, cinnamon syrup, and bitters, garnished with a roasted lime wheel. The Hamilton is on the menu through November 18, while the 10 percent theater discount continues indefinitely.

This Brookline spot, which opened in June, is named after “the 10 dollar Founding Father” every day, and it has a number of drinks named for Revolutionary figures. But menu items like the Lin Manuel Mule—made with Don Q Rum, Willie’s Ginger Brew, and Ruffino Prosecco, and of course named in honor of Hamilton creator Lin-Manuel Miranda—prove that proprietor Greg Johnston is aware of the Broadway-fueled hype. History buffs will appreciate the live-edge drink rail made from wood reclaimed from the USS Constitution.

The Revolutionary-themed Revere Hotel restaurant strategically opened on the anniversary of the Midnight Ride—of course it’s taking advantage of Hamilton hype. It’s offering a menu of reference-laden, aptly priced $10 dishes, like a vegetarian polenta called Mush-Room Where it Happened; My Shot of Chowder and Lobster Fritters; and History Has Its Eyes on Calamari. The Boston Common hotel is also offering a Hamilton-hype-fueled deal on an overnight stay, too, with a later checkout time and a $50 credit to the restaurant.

HamFans, save the date: For one weekend in October, this Faneuil Hall spot is adding specials like “Eliza’s Helpless Chicken Hash” and “America’s Favorite Fighting French Toast (LAFAYETTE!)” to the regular brunch menu, along with Schuyler Spritzers, Hamilton Hurricanes, and more themed bevvies.