What to Expect at Rochambeau, Back Bay’s Sprawling French “Clubhouse” 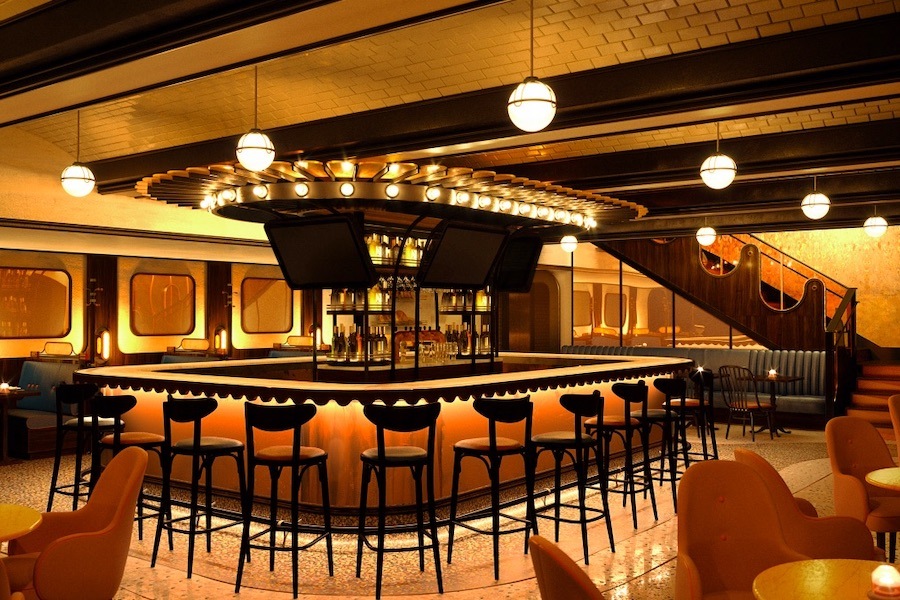 Rendering of the lower-level bar at Rochambeau. / Provided

UPDATE, Friday, October 4: Rochambeau debuted its daytime cafe on October 3, and is now open daily with light fare and La Colombe Coffee from 7 a.m.-7 p.m. The restaurant softly opens tonight and is taking limited reservations through the weekend, before fully opening up October 7.

That’s the chest-thumping maxim guiding the Lyons Group’s launch of its next restaurant, Rochambeau, according to Leo Fonseca, senior vice-president of operations. The neighborhood never literally went anywhere, of course. But the Lyons team of hospitality impresarios knows that, in recent years, the rapidly-developing Seaport and West End have stolen some of the hotspot-related hype that once flowed to one of Boston’s more affluent and touristed areas. Before it felt eclipsed by trendier parts of town, Patrick Lyons’ eponymous outfit cultivated Back Bay’s dashing-dinner-and-cocktails culture through early projects like Sonsie (today a 25-year stalwart), as well as Back Bay Social Club and the now-shuttered Towne Stove & Spirits–whose Boylston Street address Rochambeau will take over.

Rochambeau—a French café-by-day, brasserie-by-night—wants to re-stake a claim to buzz in Back Bay when it opens in late summer. (It’s one of our most anticipated openings of the season, in fact.) To help, there’s top talent in the kitchen: Nick Calias, who spent 12 years as executive chef at the nearby Colonnade Hotel and its Brasserie Jo restaurant, is the new culinary director for the entire Lyons Group. At Rochambeau, the vet toque will be joined by executive chef Matt Gaudet, a rockstar in his own right: After working under Calias at Brasserie Jo, Gaudet earned national notice (including a Food & Wine “Best New Chefs” nod) for his now-closed Cambridge restaurant, West Bridge. (More recently, Gaudet was behind Superfine Food, a trio of cool fast-casual operations on the North Shore.)

Calias promises “enjoyable, approachable, and exciting takes on French cuisine” at Rochambeau, named for the French general who led forces in the American Revolution. (It’s also an another name for the game “rock, paper, scissors,” if you need help settling who picks up the check.) According to Calias, the dinner menu’s “modern twists” on brasserie classics are expected to include notions like wood-grilled lobster frites, coq au vin with porcini knefla (a German-rooted soup), and pastrami salmon. 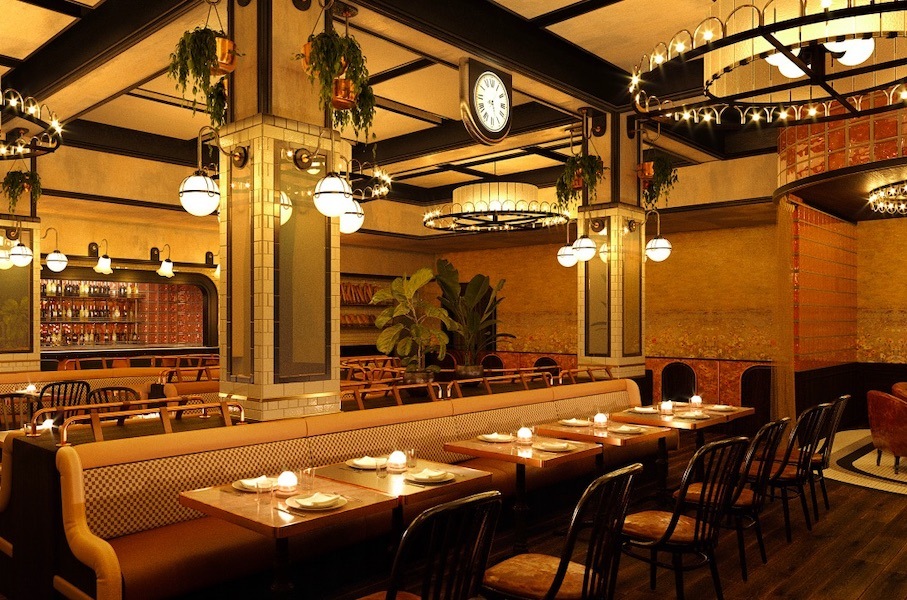 Rendering of the upstairs dining room at Rochambeau. / Provided

Overall, the culinary direction is “more fun than it is French,” offers Fonseca, who says everything will be served in trappings that reflect an all-day “clubhouse” sensibility. The main restaurant–serving brunch, lunch, and dinner—is two floors: Downstairs, which seats about 120, will be dominated by a four-sided, copper-fronted bar under barrel-style ceilings covered in subway tile. There will be additional seating at booths–as well as space for a DJ booth, to keep the energy high as the evening rolls on. “We never want to be the kind of place where, when 10 p.m. rolls around, everyone looks at their watch and decides to go somewhere else,” Fonseca says. “That’s not in our DNA.” The Lyons Group, after all, is the entity that made Lansdowne Street a major nightlife destination back in its Avalon-anchored heyday.

Rochambeau “is not going to be a club,” Fonseca adds, but “as the night gets later, the lights go down and the music goes up.” That saucy vibe will extend to the upstairs dining room, which has its own smaller bar; an intimate, canoodling-friendly salon; massive private dining area; and a raw bar and charcuterie station in front of the kitchen, which will be visible behind a glass wall and equipped with a wood-burning grill and rotisserie. Expect hues of blue, pops of pink glass tile, and lots of lush greenery–echoing plants that will dramatically drip down the exterior of the building, right by the 65-seat patio. 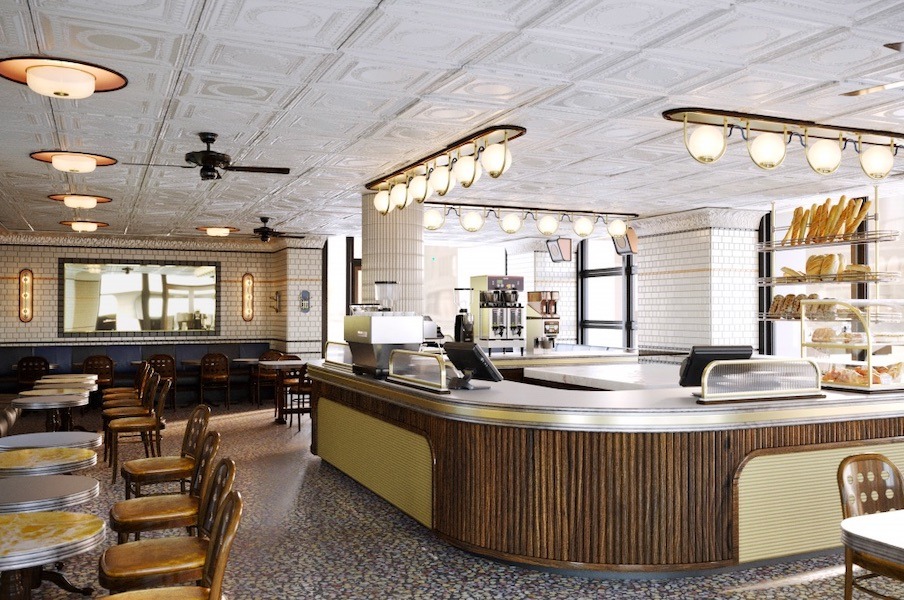 Rendering of the cafe at Rochambeau. / Provided

A separate entrance will lead to a distinct café concept, open morning-through-afternoon for La Colombe coffee drinks, sandwiches, and pastries. The 60-seat space will glisten, from its tin ceiling to its terrazzo floor.

The all-day affair is one of several new developments reenergizing Back Bay, says Fonseca, who points to other recent, nearby openings like Zuma, Del Frisco’s and Eddie V’s, as evidence of the neighborhood getting its groove back. “There’s life, an energy, and a vibe that’s driving people back to Back Bay,” Fonseca says. “We’re happy to be part of that.”