This fall, partners behind Committee and Greco will open two new concepts in the former Cafe Jaffa space. 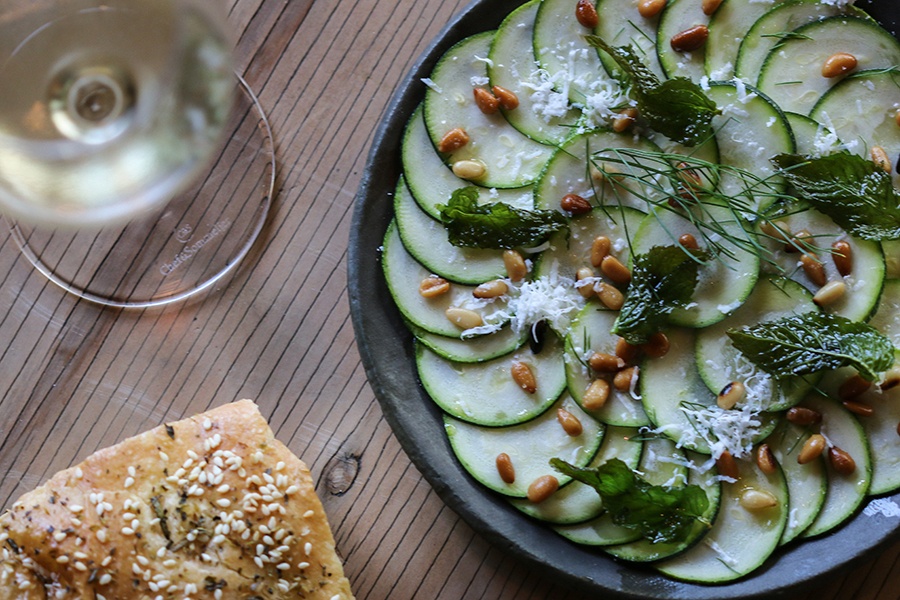 Demetri Tsolakis and some of his partners at Committee and Greco have taken over a Back Bay café space which the restaurateur has long coveted for its coziness, and he’s popping bottles of wine to celebrate—in fact, he’s filling the place with wine.

Krasi will open this fall in the former Cafe Jaffa space, trading in the classic Middle Eastern coffeehouse for a Greek islands-inspired meze bar whose name literally translates to “wine.” After the “spirited, convivial” Krasi gets going, later this year a “mysterious” cocktail bar called Hecate will also open down below.

Tsolakis is a longtime Back Bay resident who debuted Greco a few years ago on nearby Newbury Street.

“I just have all the good feelings when I walk by” the intimate space at 48 Gloucester St., Tsolakis says. The retiring café owners contacted Tsolakis and his Greco partner, Stefanos Ougrinis, about the opportunity when Cafe Jaffa hit the market earlier this year, Tsolakis says. “They have a lot of pride in that space, and I have the same.”

The new bar—managed by longtime Committee general manager Tasha Breshinsky—will maintain the comfortable warmth of the former café, but will also appeal to visitors to the neighborhood with an extensive Greek wine program.

“Just in my travels through Greece, I’m loving all the varietals of Greek wine,” Tsolakis says. “We’re pretty much drinking the same stuff Socrates and Aristotle were drinking back in the day. I love that there’s a story to tell, the history of it.”

Sommelier Alexandros Efkarpidis, who recently landed in Boston, is tapping into his connections from his homeland to develop an all-Greek natural wine list for Krasi. (He will take over Committee’s wine program this fall, as well; taking over for Best of Boston sommelier Lauren Friel, who, until this past spring, had been been consulting wine director at Committee since it opened in 2016.)

“There will be wines only Krasi will have,” Tsolakis says. For example, he’s excited to pour a briny Assyrtiko from the winemaker Thalassitis, which gets its unique flavor from its barrel being submerged the ocean for three months. “We want to have fun with it, but invite people to have a cultural experience with us, too.”

The meze on the menu at Krasi will also add to what’s currently available in Boston. Whereas Committee’s menu puts creative twists on traditional dishes, Krasi will look beyond the taverns of Athens to offer a rotating souvla option (skewers cooked on a spit over charcoal flames), lesser known Greek cheeses, and charcuterie, like Cretan apaki (a smoked pork), and a house-made octopus mortadella. There will be an array of daily dips, served with breads baked in-house in a wood-fired stone hearth; and more cold and warm shareable plates. Committee chef Theo Tsilipanos is a partner at the new concept and will lead the kitchen along with executive chef Valentine Howell.

“It will be a very energetic, social gathering place with a variety of flavors and textures,” Tsolakis says.

Downstairs, though, it will have an aura of mystery. Tsolakis won’t share too much about Hecate, a separate cocktail bar-concept headed for the basement of 48 Gloucester St. But he will confirm that a 29-seat bar and lounge will debut before year’s end, named for the Greek goddess of magic and the night.

In the meantime, Krasi is heading toward a late October opening. The spruced-up space left the former café’s big windows exposed, and unveiled a limestone accent wall. The meze bar will have a navy blue, U-shaped banquette anchoring the space; plus white stone tabletops and an all-glass chef’s table in the back of the restaurant, facing the open kitchen. Lots of brass accents and an antique mirror keep it cozy and warm, Tsolakis says.

Stay in the loop on Instagram as Krasi gets ready to open this fall—and as the mystery of Hecate is revealed. 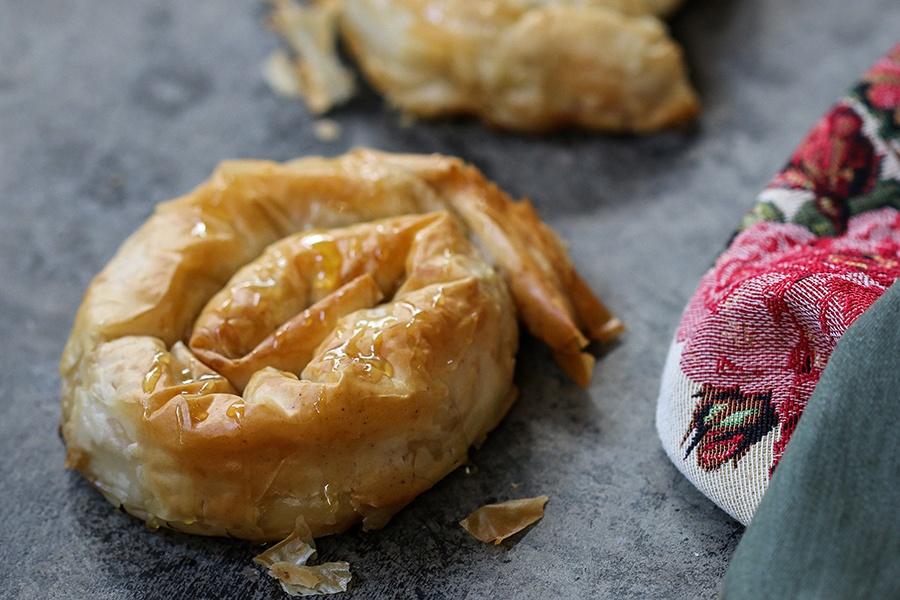 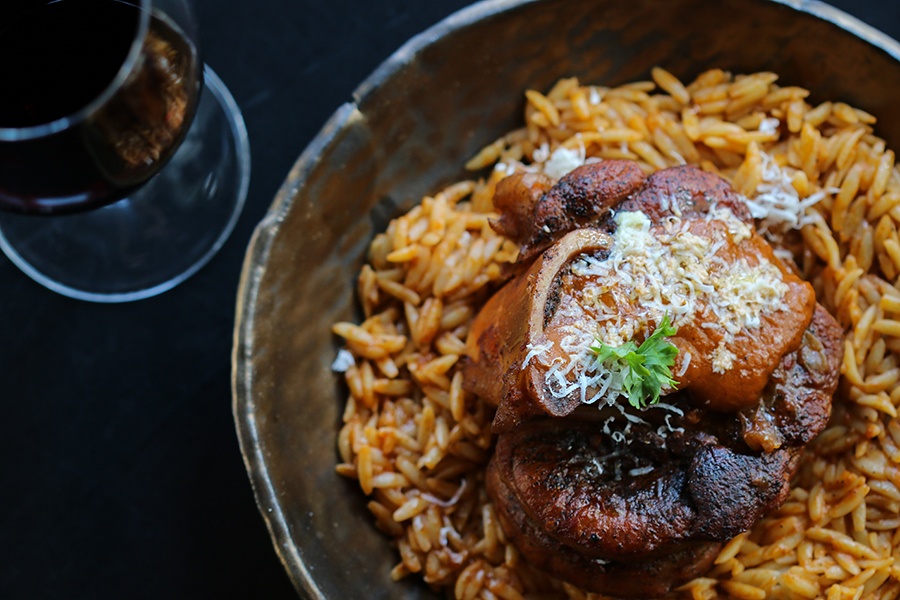 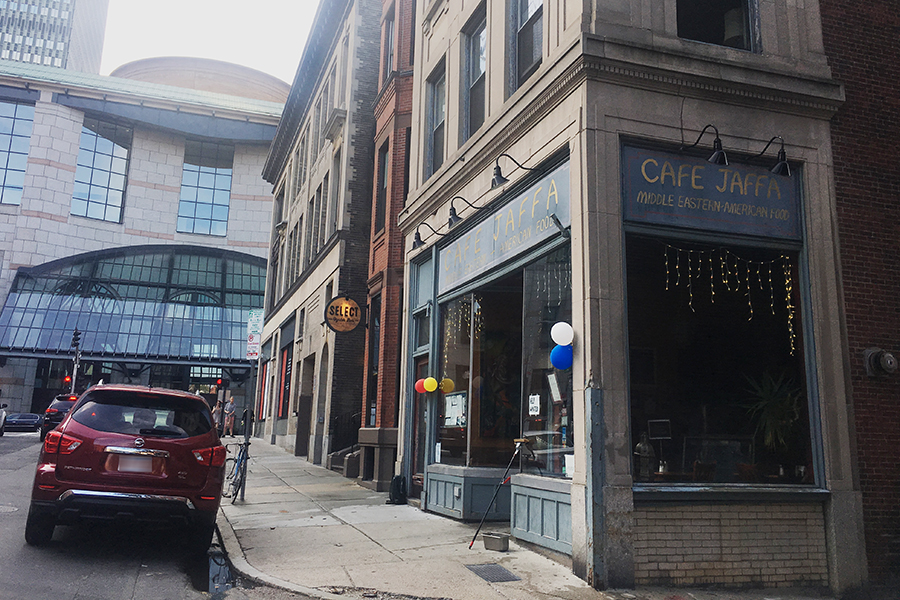