This New Portland Restaurant Is a Love Letter to Local Food

Housed in a historical building rebuilt brick-by-brick on the waterfront, Twelve tantalizes with a dozen-plus reasons to dine in Maine. 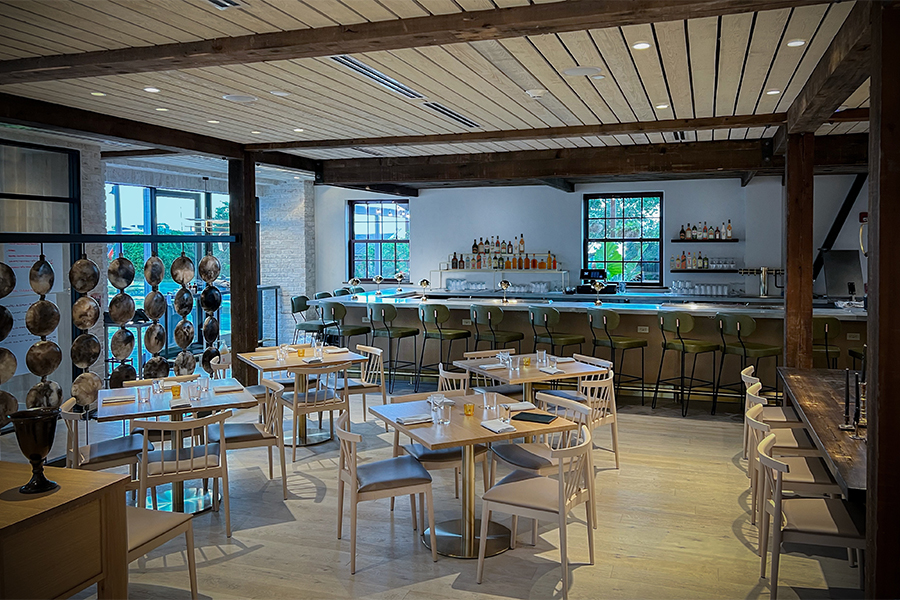 You’d think news of a splashy restaurant opening mid-July in the foodie capital of Portland, Maine would begin with the cuisine. But, taking a cue from executive chef Colin Wyatt, let’s focus on the backstory of the brick stunner that houses the new eatery, Twelve, as he likes to. “I feel like the restaurant needs to live up to the building’s name,” Wyatt says, “and we need to honor the history of it.”

And what a history. Originally built 127 years ago as part of the Portland Company train manufactory, the structure was known as “Building 12: Pattern Storehouse,” where employees built train gears and cogs. Folks around town still call it the “Twelve.” Turns out the only way to rehab the old manufactory was to literally disassemble the building brick-by-brick, and rebuild it at its new waterfront home.

Sounds exhausting, right? But the team’s laser-focus on found beauty makes total sense, given the “modern New England” menu of the 2,000-ish square-foot, 85-seat spot, which is the latest venture from the Prentice Hospitality Group. “The primary focus of each dish is an ingredient from [the region], mostly from Maine if we can,” Wyatt explains. “Twelve,” too, hints at seasonality and the months of the year, as the rotating dishes showcase sustainable produce procured in peak season from area farmer’s markets, plus proteins from local fish purveyors and farms. If the meal is the whole building, then ingredients such as fresh oysters from Chebeague Island Oysters, yogurt from Milkhouse Farm & Creamery, and beef from Caldwell Farms are the individual, precious bricks.

The main menu served in the dining room is a four-course prixe-fixe delight starting at $82 a pop, with larger a la carte options on the patio and at the bar, where you can sip global wines and cocktails with local ingredients. The prixe-fixe journey opens with a small bite—“As a little thank you for coming in,” Wyatt says—with savory gougère pastry inspired by oyster chowder on the opening menu. Then, the “from the market” veggie course celebrates in-season Maine produce, such as fresh zucchini with preserved lemon and rye. Next up, tuck into one of three appetizers, which are smaller crudos, tartares, or warm vegetable dishes. The inaugural menu features a venison tartare perfected by chef de cuisine Hannah Ryder and served with a charcoal cream. Which begs the question, of course: What’s charcoal cream? The chef scalds a container of cream with a glowing charcoal, then the mixture is strained and seasoned with lactic acid, culminating in fluffy cream that sings with mild smoke and acidity.

For the main event, three or four entrees focus on meat, fish, or larger vegetable offerings. Take a gander the monkfish with trout roe and peas, which swims in a rich broth of whey melted with butter, plus chive oil and fresh chives added to the mix. Hen of the wood mushrooms are glazed with porcini broth, with meaty and umami mouthfuls cut by fermented mustard greens. End on a sweet note—say the crowd-pleasing chocolate pudding, served tableside with all the garnishes for a DIY dessert. “We also like to take a look at some of the French Canadian and Yankee traditions in New England that maybe the rest of the country doesn’t know very well, but people here are familiar with,” Wyatt says. Expect a lobster roll, naturally, but also a chance to traipse into lesser-known terrain. Take ployes, or the French-Acadian buckwheat pancakes enjoyed in northern Maine, which replace the classic blini in Twelve’s caviar service. Plus, your fall forecast? Pack a cable-knit sweater for a weekend trip to dig into the forthcoming potato tart that’s served with a savory glaze and cheese.

Wyatt worked on the menu for about two years after joining the project in 2020, which was a bit of a homecoming. He’d worked in Portland before, then moved to New York City for about 13 years, where he worked at Eleven Madison Park and DANIEL. Meandering back to Maine, where his wife Selena grew up, was always in the cards, with the pandemic moving up that timeline. General manager Daniel Gorlas—formerly of famed Central Park restaurant, Per Se—pushed for prix fixe. The team bounced around four or five menu ideas before the current incarnation. Though, some plates proved perfect off the bat, like pastry chef Georgia Macon’s savory-flirting ice cream sandwich made with cornmeal cake crackers and blueberry and bay leaf ice cream. “Right before I hired her, she did a tasting for us,” Wyatt says. “As soon as soon as I tried one of those, I was like, ‘Okay, this has to be on the menu.’”

Inside the restaurant, the décor forged by L. Bonime Design forgoes faux finishes in favor of a clean, coastal palette and natural materials—salvaged beams, brass, grand oak tables—that will age over time. No surprise, either, that Maine creatives take to the mainstage with an installation by artist Christina Watka, stools at the seven-seat chef’s counter by furniture maker Heide Martin, and custom plates by Meg Walsh of C&M Ceramics.

As if we needed another motivation to mosey to Maine this summer and beyond. But for Portland locals? “We really want to be a restaurant for Mainers,” Wyatt says. “It’s important for us that we engage the local crowd, and bring them in for some truly great food.” 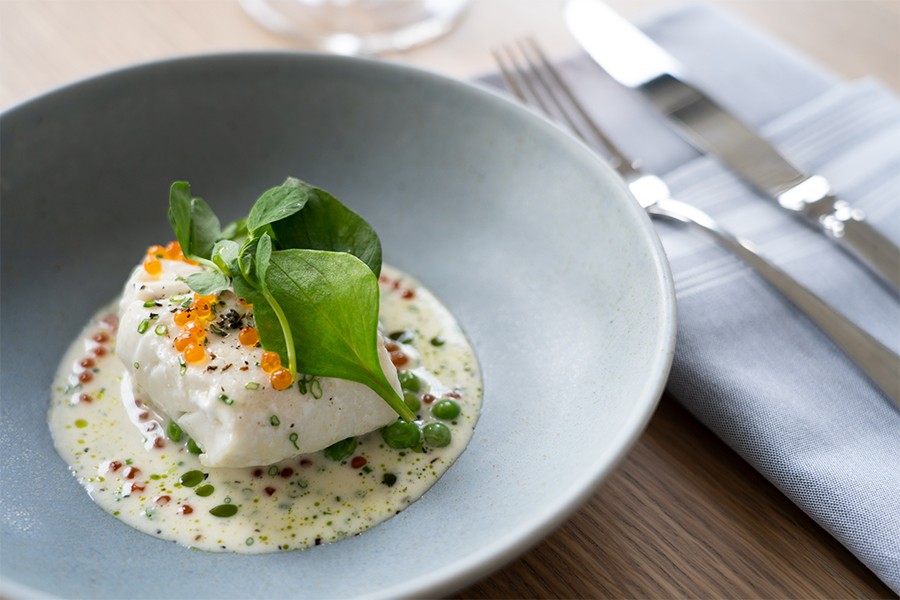 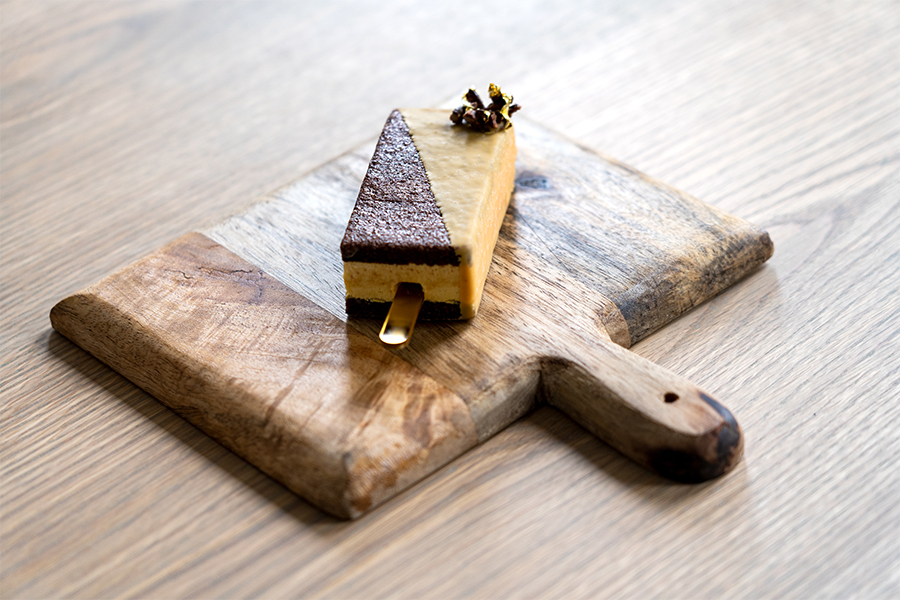 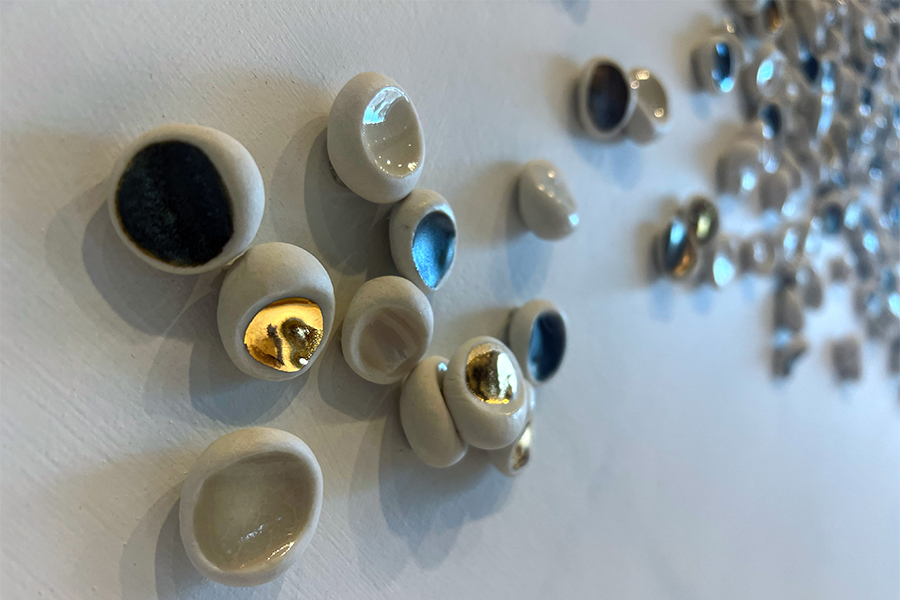 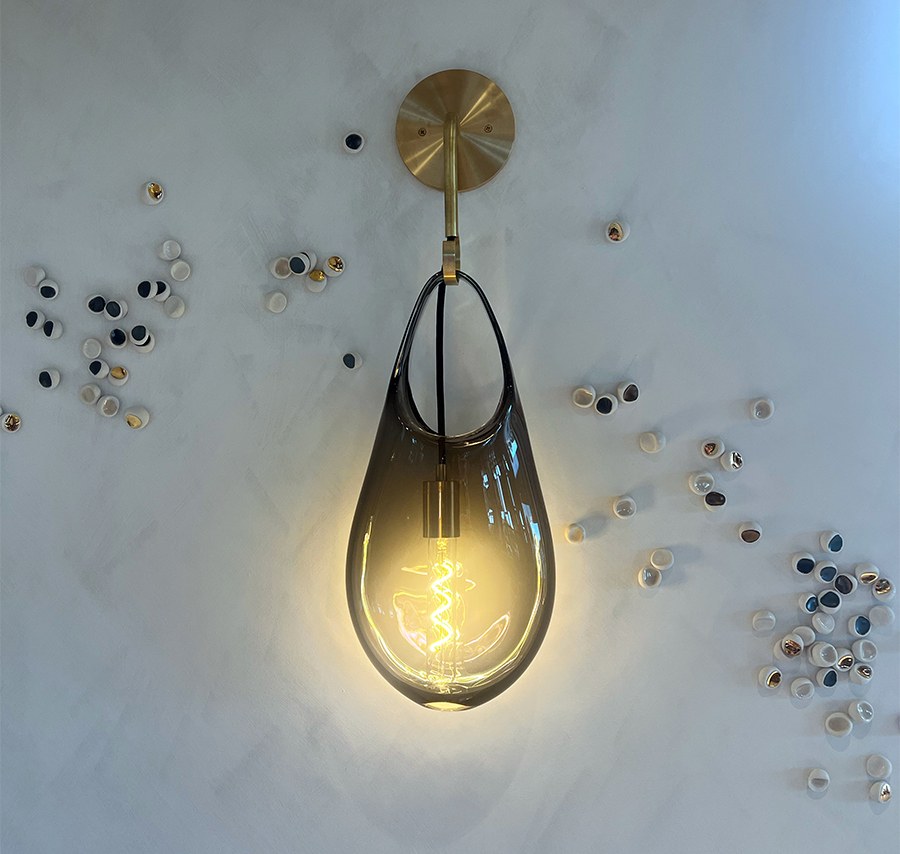 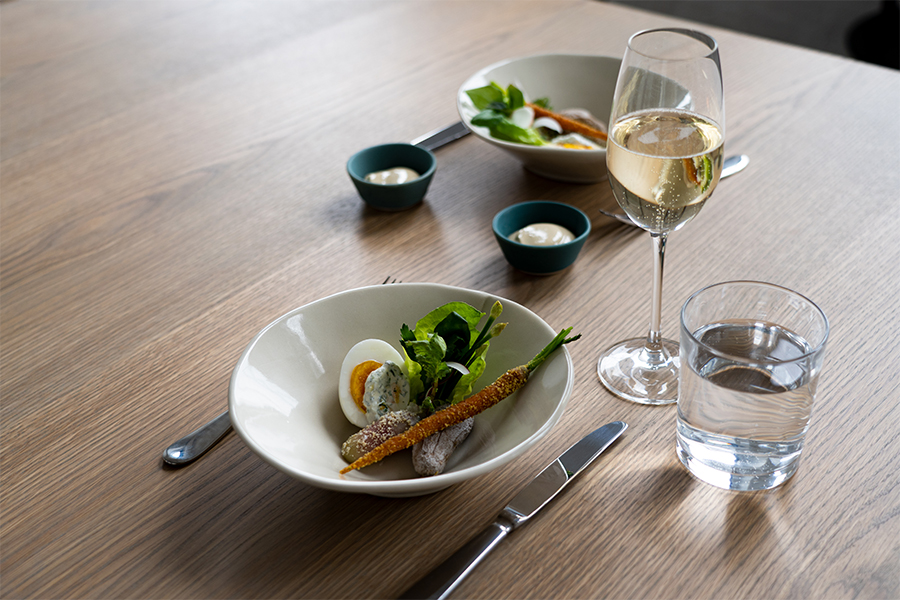 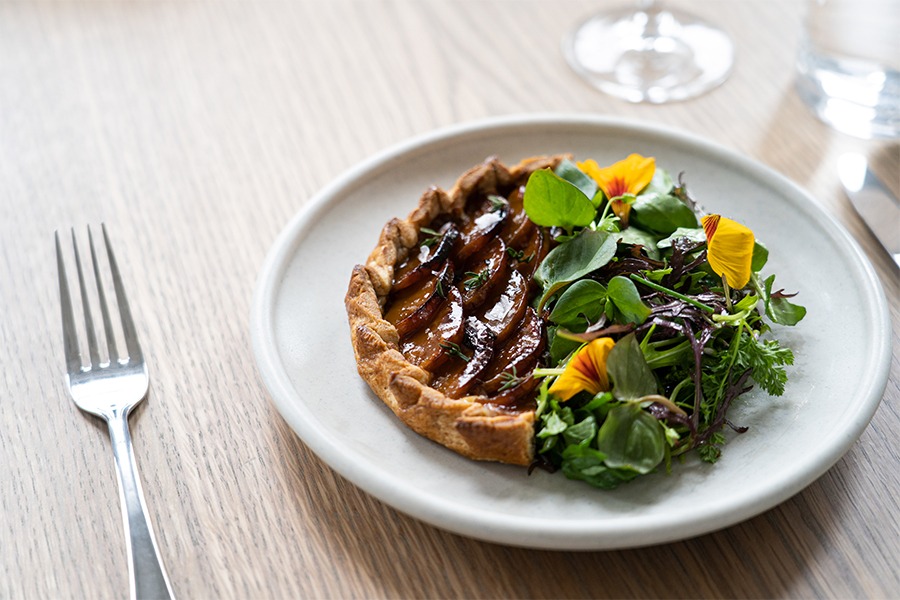 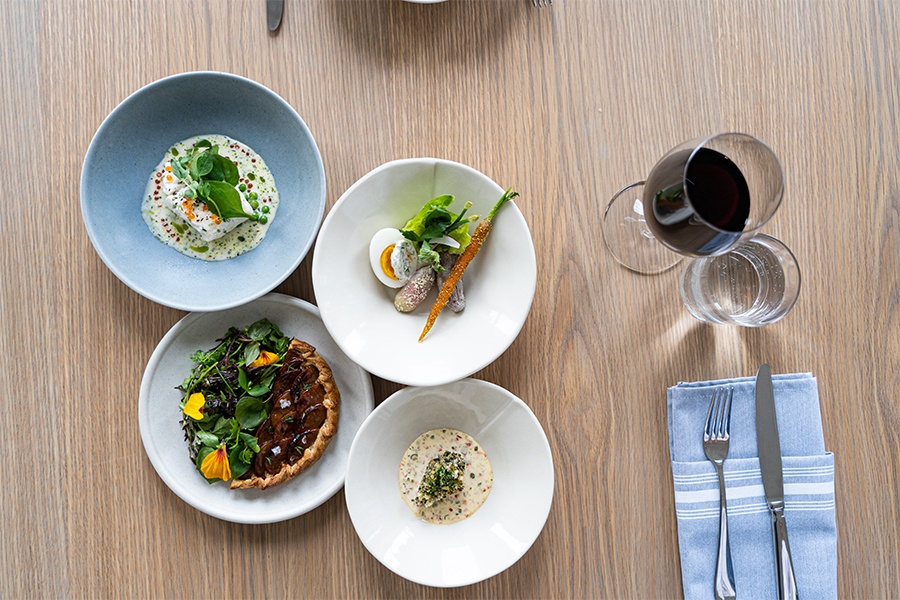