The Best Lobster Rolls to Eat in Boston This Summer

Served warm and buttered or chilled with mayo, get your claws into these standouts. 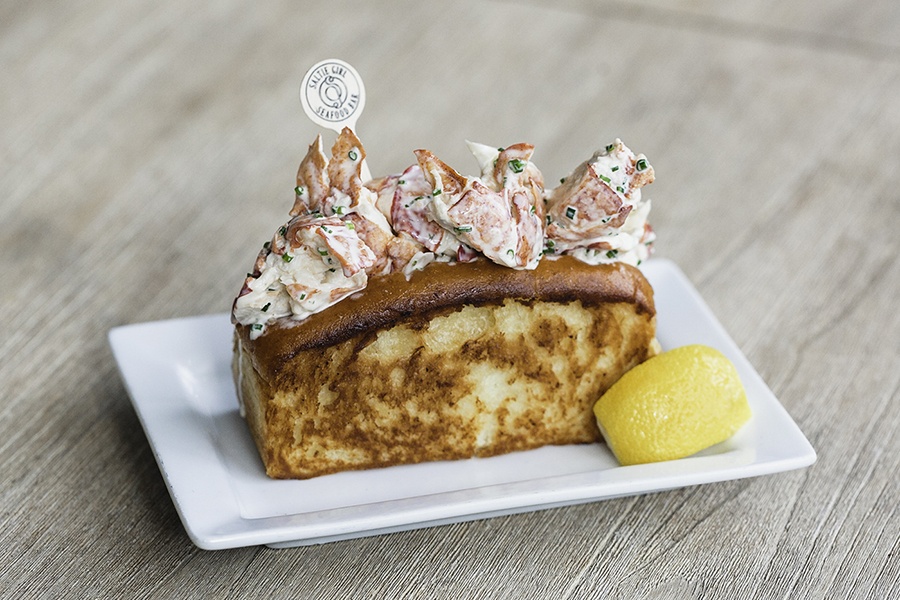 It’s nearly summer in the city, and the craving for a lobster roll grows with every passing day of increasingly beach-y weather. Luckily, you don’t need to commute to the Cape to find a seaside shanty selling seafood. (Try saying that three times fast.) Boston has a reputation to national reputation to uphold around lobster rolls, so we have plenty of our own spots specializing in hot buttered and chilled-with-mayo variations (plus more general restaurants with excellent renditions). Ready to start plowing your way through a bucket-list of claw-filled must-tries? Your summer-eating assignment starts now! 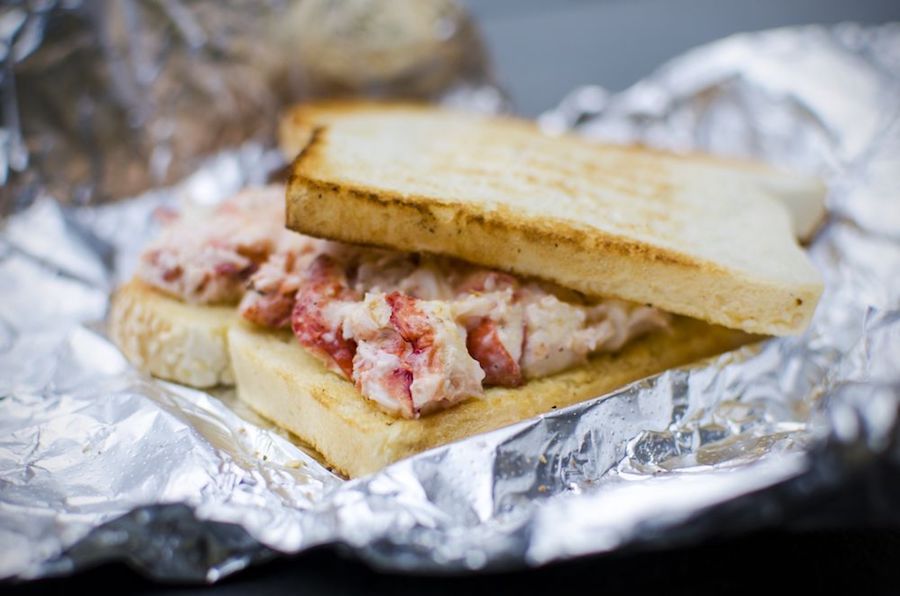 The lobster sandwich at Alive & Kicking Lobsters. / Photo by Amy H. via Yelp

OK, this list begins with a lobster sandwich, decidedly not a roll—but it’s nonetheless a decades-long Cambridge classic and a must-try for all local lobster lovers. Lightly dressed lobster salad is the star, supported by a couple thin slices of buttered, crispy-toasted Scali bread. The no-frills takeout shop may look like a fish out of water in its residential neighborhood, but that’s also part of the cult appeal of this quirky favorite. Alongside picnic-ready lobster sandwiches, steamers, and chowder, you can also pick up market-fresh seafood to cook at home.

That bright red- and yellow-striped big top tent on the waterfront is a Seaport fixture, a city oasis for slaking thirsts for cold beer on draft. It’s also the place to satisfy hungers for classic crab-shack eats like fried clams, fish and chips, and your choice of cold or butter-poached hot lobster rolls.

This seafood restaurant in the heart of the South End—captained by Boston dining doyenne, Barbara Lynch—boats a twinkling, below-street level patio that is a particularly charming choice for outdoor dining. The classy but casual spot finesses New England classics like the Maine lobster roll, brimming with fresh chunks of sweet meat and dotted with just enough finely diced celery for a little texture.

Just over the Eastie line in Winthrop, this classic New England seafood shack serves up overstuffed lobster rolls with views of Belle Isle Inlet and the Boston skyline. The buttery, griddle-crisped hot dog bun humbly holds its own against the tender tail, knuckle, and claw meat stuffed inside. Take note, though: it’s a cash-only joint. 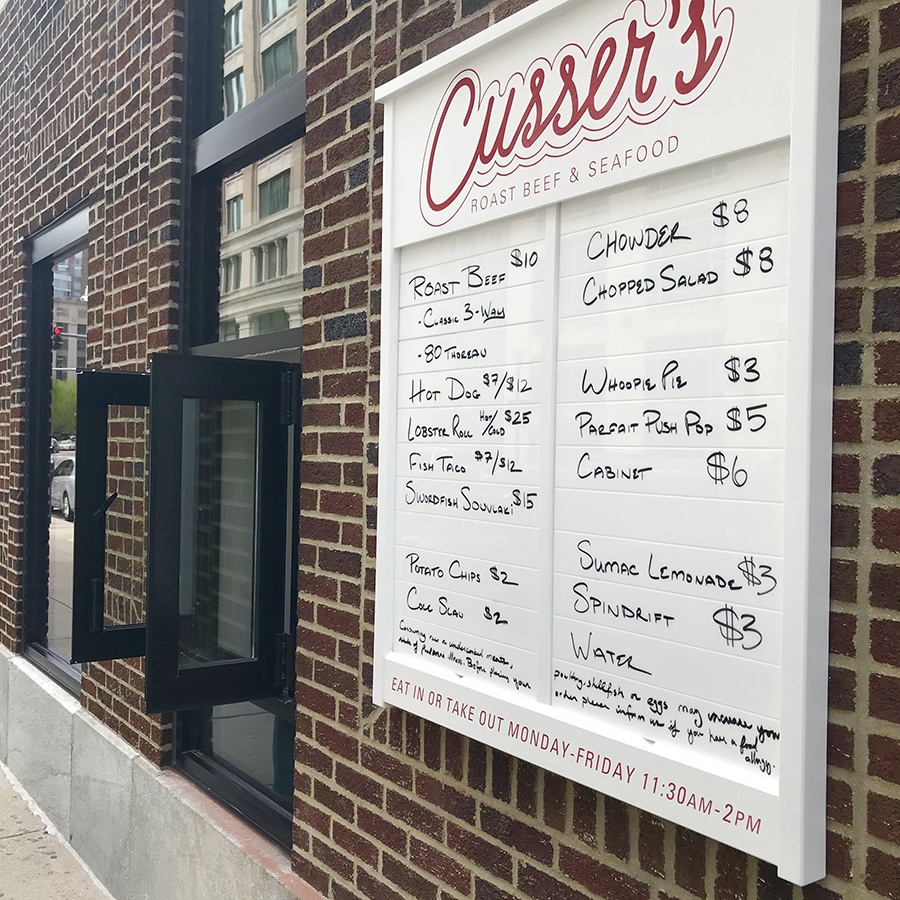 From a street-level takeout window, the same team responsible for the elegant, award-winning Mooncusser restaurant upstairs dish out simple snack shack-style pleasures. That includes hot and cold lobster rolls, both packed with meat and served on a griddled potato bun. The cold version is slicked with tarragon-mayo; hot, it’s tossed with a red wine butter sauce. There’s also an outpost a Cusser’s Time Out Market in the Fenway, and a third spot is slated to open at downtown Boston’s upcoming Hub Hall food hall. 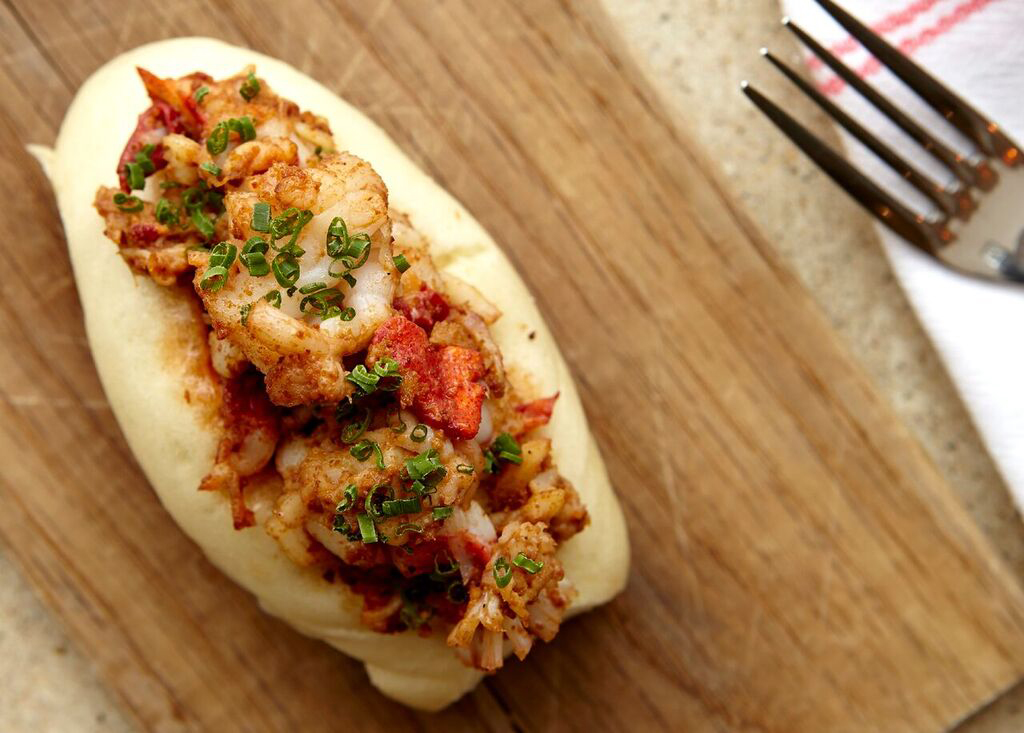 The James Beard Award-winning chefs behind Portland, Maine’s Eventide Oyster Co. made a name for themselves with a brown-butter lobster roll, which uses a soft, fluffy, bao-style steamed bun. At their fast-casual outpost on Boylston Street, the signature sandwich is available in two sizes—and during the warmer months, so is a New England-style seasonal special, with herbaceous, dill-and-lemon mayo and a griddled steamed bun. Hot take: the cold version might be Eventide’s best.

A landmark dining spot and retail seafood shop on the downtown Boston waterfront, James Hook is particularly famous for lobster rolls. Choose between regular, or large; and cold, or hot—no matter how you take it, though, the hot dog bun will come loaded with the same kind of fresh shellfish the Hook family has been harvesting since 1925. You can also pick up live lobsters to bring home, or order a sampling of seafood shipped right to your door. 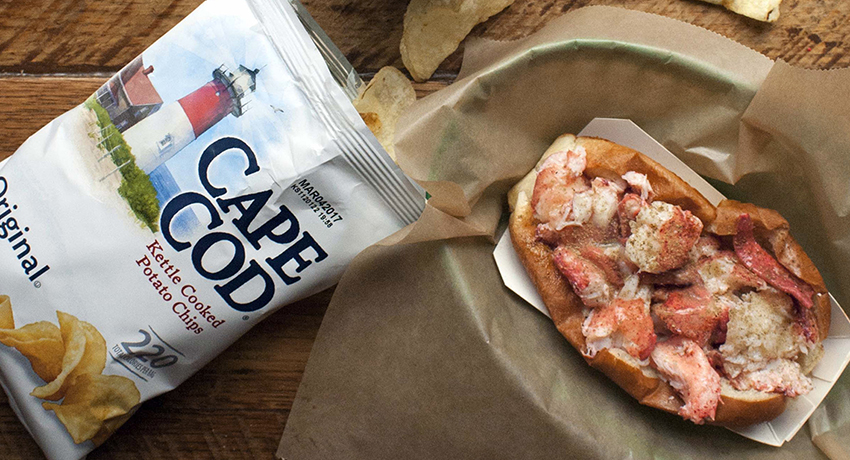 Luke’s Lobster has done something that maybe nobody else managed to do before it: took the lobster roll, a food that depends on super-freshness, and successfully built a fast-casual chain with nearly 30 locations. That it was co-founded by a third generation Maine lobsterman, we think, probably has a lot to do with pulling this off. (So does the fact that Luke’s Lobster runs its own purchasing and production facility in Saco, Maine, where it buys direct from local boats.) The lobster rolls—served chilled with mayo and lemon butter—are really good, and the crab roll is nothing to shake a claw at, either. 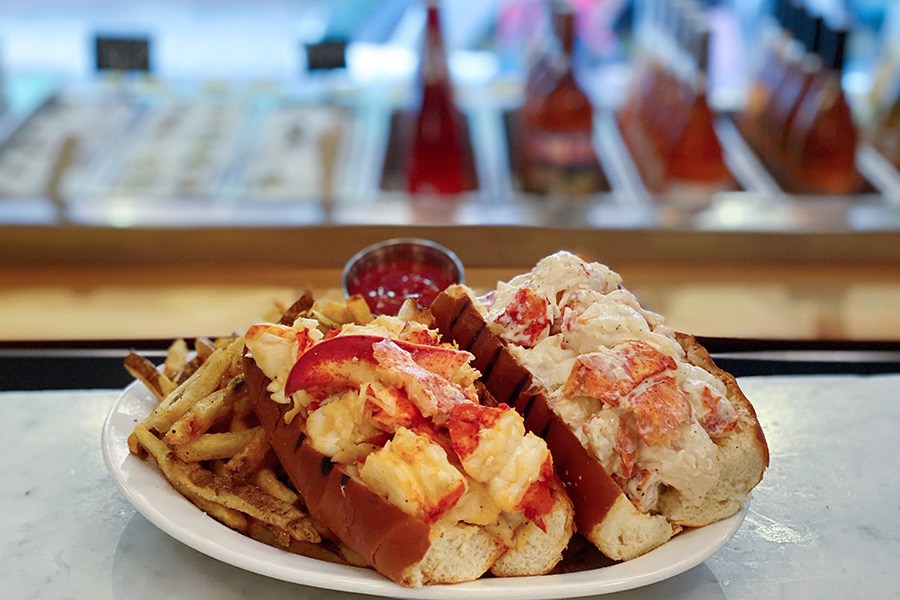 A seat at this compact, North End bistro has been one of the toughest in town to get for years. That said, it’s at least a little easier to get its lobster roll lately: Even as indoor dining returns to full capacity across Boston, Neptune has kept its online ordering system in place, allowing us to order ahead the famous hot buttery lobster roll for takeout, without a wait. The cold version—also served on fluffy, griddled brioche, loaded with seven ounces of lobster—is also available, as well as the Neptune johnnycake, Georges Bank scallops, and other iconic dishes.

When it comes to lobster, this North End sandwich shop has really covers its bases: There’s a lobster grilled cheese sandwich, an avocado-lobster salad, and of course, a classic New England-style roll on a griddle hot dog bun. Should you choose to indulge, check out Pauli’s U.S.S. Lobstitution, which is 28 ounces of fresh lobster meat and mayo tucked into two long sub rolls. And if you have any homesick friends or family out there, note that for the first time ever, Pauli’s is also shipping lobster roll kits all across the county.

Chef-partner Jeremy Sewall grew up in a multigenerational fishing family that includes his cousin Mark, a lobsterman in York, Maine who catches the crustaceans for the rolls at Row 34. No wonder, then, that both Sewall’s rolls—warm and buttered and cold and creamy—capture the sweet, barely saline essence of super-fresh lobster meat. (They also both pair well with great beer). 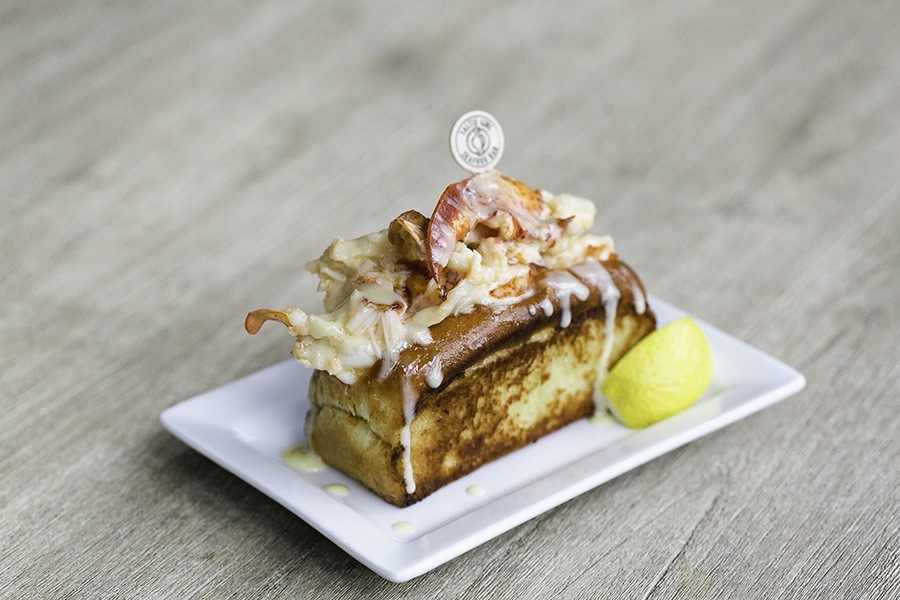 Now that Saltie Girl has relocated to the much larger space that previously housed its sibling restaurant, MET Back Bay, we have even more space to spread our elbows over splays of tinned seafood, toasts, crudo, entrees, and more. Naturally, the selection includes both hot and cold lobster rolls, each gorgeously overflowing with Gloucester lobster. (Rather have your lobster as a pizza topping? You’ll find that at the new Seafood Pizza by Saltie Girl concept, which also tops its pies with caviar, Jonah crab, and more.)

When it comes to a lobster roll, sometimes a straightforward, no-frills version is just what you crave—bonus points for shanty charm. Yankee Lobster’s traditional counter-service take on New England’s favorite sandwich scores big with a simple toasted split-top roll, generous portions of claw and knuckle meat, and a light, unobtrusive herb mayo that lets the freshly caught lobster shine.