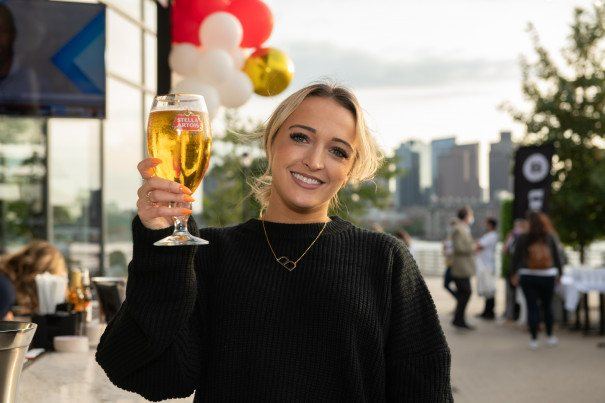 As the founder of Boston Food Journal, Brittany Di Capua knows her way around the Boston dining scene. On her grid, she broadcasts her favorite eats from across the city to her 51,000 followers, taking in all the culinary delights Boston has to offer.

However, over the past year, dining at a restaurant was complicated. But with the city starting to open up, Di Capua is back to doing what she loves — going out to the best eateries in Boston. Many of her favorites happen to be Best of Boston winners, a commemoration designated by Boston magazine editors that recognizes the top spots across the city we all call home. Here, Di Capua offers her recommendations for where to dine out in Boston for a meal you won’t soon forget.

Going out to eat is about being amongst friends and creating new memories. That can mean catching up after a long week or something more grand like celebrating a birthday. For Di Capua, there is no better spot for the latter than Grill 23, which won a Best of Boston Best Steakhouse award in 2019.

“Grill 23 is one of my favorite steakhouses in the city,” Di Capua says. “It’s an old school, vintage, traditional steakhouse. It holds a nice place in my heart for all the memories that my family and I have celebrating birthdays there.”

Grill 23 is defined by its unpretentious luxury, serving food amidst a classy backdrop. Di Capua loves the bar program, and says that it reminds her of the way steakhouses used to be.

“They’re not trying to do anything more than what they do,” Di Capua says. “They are a classic, vintage steakhouse, and that is what they present. They just do a great job being true to who they are, and their food is classic and delicious steakhouse food.”

If you’re looking for a specific dish to order, Di Capua says you can’t go wrong with the filet, and the restaurant is also famous for its 100-day-aged rib-eye. Pair either with french onion soup or mac and cheese.

The Top of the North End Class

The North End certainly isn’t lacking when it comes to delicious Italian restaurants. And when you’re in the North End, Di Capua says that Bricco — a Best of Boston winner in 2017 for Best Bread Bakery for its olive-studded loaves and baguettes stuffed with prosciutto — is not to be missed.

“Bricco has a restaurant and a bakery — the bakery is cool because it’s such a hidden gem,” Di Capua says. “When you’re eating in the North End, there’s obviously a charm that every restaurant has. But Bricco stands out to me as the number one. I always recommend it to people.”

Di Capua says that what separates Bricco apart is its atmosphere. She’s often reminded of her family’s cooking when eating at the restaurant, and says that it really has a “family Italian feel.”

“The food matches the soul of the people at a place like Bricco,” she says. “It reminds me of my family. ”

As for the food, Di Capua raves about the perfectly al dente gnocchi. She also offers a pro tip: when your meal is done, it’s likely you’ll be handed a fresh baked loaf of bread to munch on as you walk around the neighborhood.

Snap a Pic for the Gram in Back Bay

Bostonians know Back Bay as a business district where deals get done and handshakes are a form of currency. But that doesn’t mean there aren’t also great places to eat. According to Di Capua, the cream of the crop is Citrus & Salt, a Mexican eatery that took home a Best of Boston award for Best Neighborhood Restaurant in 2019.

Di Capua says that Citrus & Salt’s decor was the first thing she noticed when she visited. Diners are immediately greeted by bright colors and wall murals.

“In terms of decor, there’s really nothing quite like that in Boston,” Di Capua says. “I think it just screams happiness and bright energy when you walk in.”

You’ve also probably seen Citrus & Salt pop up on your Instagram feed, and for good reason. Perhaps what the restaurant is most known for is its Dole Whip, which can be combined with alcohol and different fruits for a colorful treat.

“They’re doing the Instagram-worthy thing where they’re serving you good food but also something that you’d want to take a picture of and share with your friends,” Di Capua says.

Di Capua notes that any of the restaurant’s elevated Mexican dishes are worth trying, but singled out the restaurant’s brunch menu as a standout. Don’t miss the sesame-crusted avocado tacos with string cheese, either.

It’s fun to be able to see Boston from elevated heights, and it’s especially great when you have a drink in your hand. You can do just that at East Boston’s Reelhouse, a 2021 Best Dinner with a View Best of Boston winner, and what Di Capua calls “quintessential Boston.”

“Their patio is unmatched,” she says. “I think Reelhouse represents East Boston really well, and the views are unmatched. When people want great seafood and to really take in Boston, it’s the place to be.”

Seafood is the name of the game at Reelhouse — in particular oysters and lobster. Di Capua grew up in Maine and knows a good lobster when she sees one, and she says that Reelhouse stacks up with her favorites. Don’t miss the specialty spritzes to drink, too.

“It’s hard for me to recommend good seafood because I’m so used to eating lobster off the boats in Maine,” Di Capua says. “I feel like I would definitely feel comfortable saying go to Reelhouse and get the lobster and oysters — they all taste so fresh.” 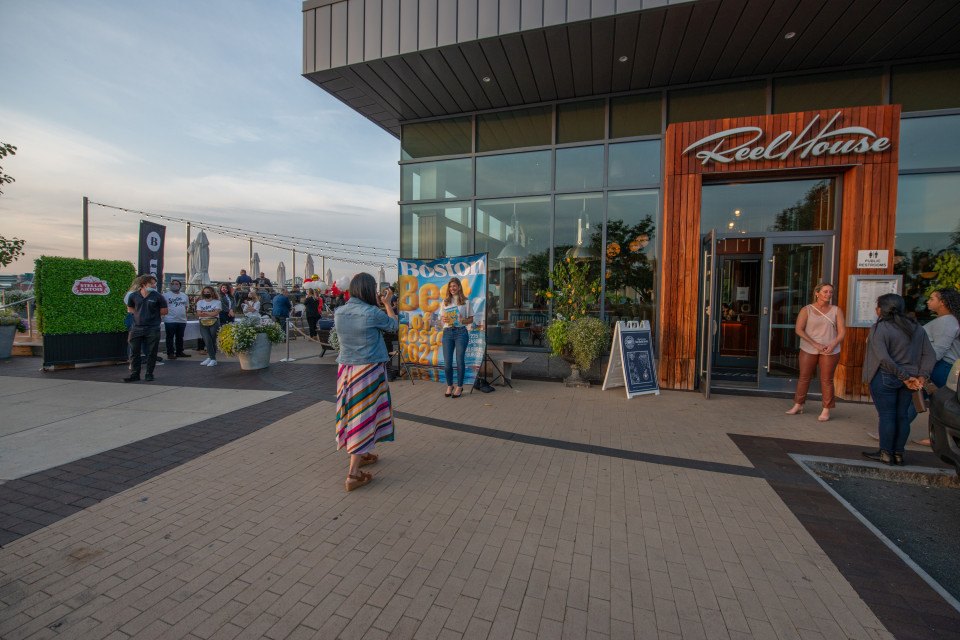 See and Be Seen in Southie

As Di Capua says, Lincoln Tavern & Restaurant, or just “Lincoln” is a “Southie staple.” A 2018 Best of Boston winner for Best Brunch, Lincoln is the type of place where you’ll probably run into two or three people you know every time you go.

“It is the hot place to be no matter what day of the week or what time,” Di Capua says. “Their pizzas are also some of my favorites. They have a brunch pizza that’s amazing, their burgers are amazing — Lincoln is just the spot.”

Brunch is also a highlight at Lincoln — don’t miss the fruity pebble pancakes and breakfast pastries. Sundays during football season are also a big deal, as the restaurant hosts live music around mid-day. It’s the type of place you’ll want to go and sit for a while with a beer in hand soaking it all in. 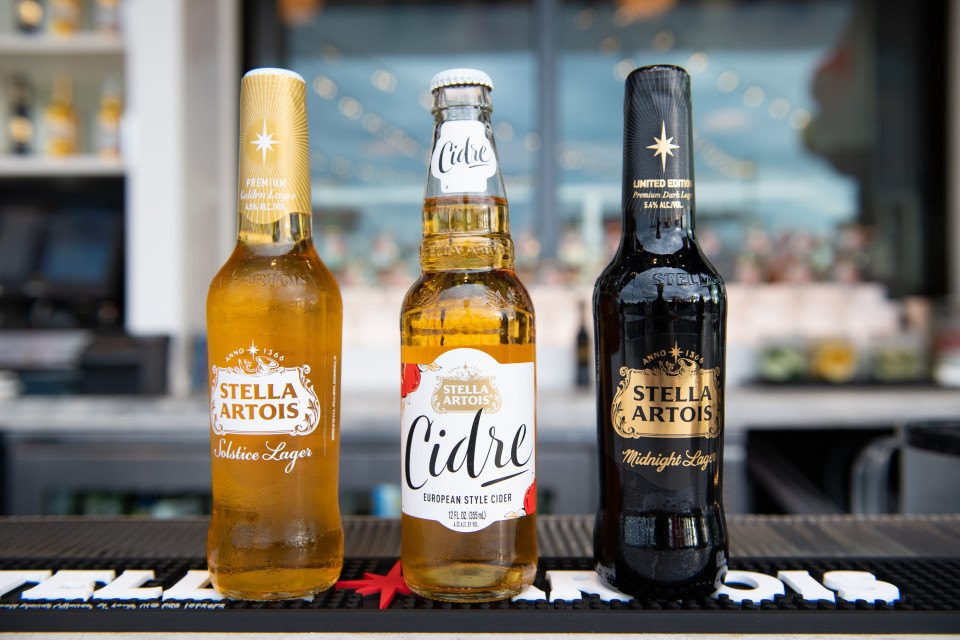 “If I were to grab a beer, it definitely would be at Lincoln.” Di Capua says. “Lincoln’s the place that you go, sit and relax and watch the game and talk with friends. You enjoy that good comfort food, and I think that all of that goes really well with a nice crisp Stella.”

Level Up Your Brunch Game

Lincoln Tavern and Publico, another Southie hotspot, could be considered distant cousins, What makes Publico different is its status as an event space and the level it takes its brunch program. A 2018 Best of Boston winner for Best Neighborhood Restaurant, South Boston, it’s hard to have a bad time at Publico.

“Publico is very versatile,” Di Capua says. “What stands out to me about it is their atrium. It’s a beautiful room, and the food is amazing.”

That food is largely centered around its brunch offerings, which include flaky fried doughnuts accompanied by chocolate sauce and potatoes that Di Capua says are “some of the best brunch potatoes I’ve ever had.”

Di Capua is also quick to single out Publico’s french toast, and says to be on the lookout for special events the restaurant holds — one such soiree was a ski event where the aforementioned atrium was transformed into a ski lodge.

“Publico hits the nail on the head, appealing to different audiences and really making good use of its space,” Di Capua says.

See All of Boston

A rooftop bar is the best way to see as much of Boston as you can in one setting. The best rooftop bars combine that ambience with great drinks, and that’s what Lookout Rooftop and Bar has done at the Envoy Hotel in Seaport. Di Capua says that the 2021 Best of Boston Best Rooftop winner has “some of the best views in the city.”

“You feel very classy and urban when you go there and I think the drinks represent that as well,” she says. “They do a really good job of extending their outside season in the midst of COVID.”

Lookout introduced igloos last winter during the pandemic — but for now, enjoy the views before the weather gets too cold. 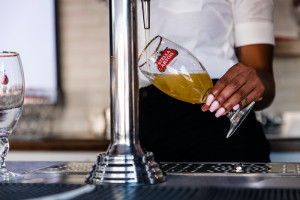 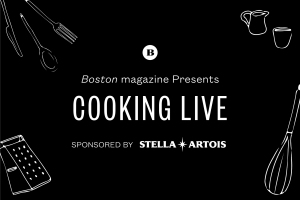