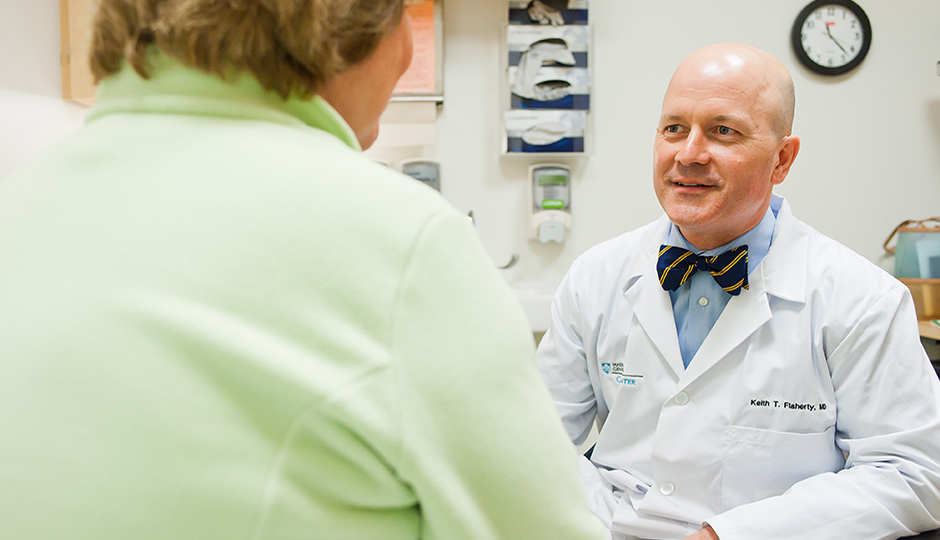 There is a growing body of evidence to suggest that many cancers share the same gene mutation or growth pathway. In this case there may be one drug or set of drugs that can treat a variety of cancers.

Traditional chemotherapy has been developed over the last several decades to combat specific types of cancer. For example, colon cancer responds best to one type of chemotherapeutic regimen, while lung caner responds to another. Breast cancer, as it turns out, us unique in that it has several different forms that respond very differently to particular chemotherapeutic protocols; proving that, even within one cancer diagnosis, not all cells act alike.

Since 2002, researchers have built on the human genome project to perform DNA sequencing and analysis of patient’s tumors to determine specific mutations and molecular markers (expressions of proteins and kinases) that are unique to that particular patient. By identifying the specific “culprit” at the molecular level, researchers and scientists are able to design drugs that specifically “target” the mutation, thereby halting that cells ability to grow out of control, as cancer often does.

Not all cancers of the same type are treated equally

It is exactly this premise that is behind the upcoming novel government cancer study, led by Dr. Keith Flaherty, Director of the Henri J. and Belinda Termeer Center for Targeted Cancer Therapies at the Massachusetts General Hospital Cancer Center.

This ground-breaking research study began in July where at least 1000 patients will participate in what is called the National Cancer Institute (NCI) MATCH trial. The acronym stands for Molecular Analysis for Therapy Choice, and it is a double entendre; the trial investigators will “match” patient’s specific tumor abnormality with a targeted set of drugs or combinations of drugs.

“In addition to exploring very fundamental aspects of cancer biology and therapy, this trial will bring cutting-edge molecular analysis and a large portfolio of targeted treatment regimens to patients being treated at oncology practices large and small,” said Dr. Flaherty.

Enrollment in the NCI-MATCH trial will be available across the country at more than 2400 sites, with standardized DNA sequencing procedures. By year’s end, there will be roughly 20 drugs or combination drug therapies assigned to patients based on molecular abnormalities, not the site of the tumor origin. “You may end up with 30 people, all with different kinds of cancer, getting the same drug,” said Dr. Otis Brawley, Chief Medical Officer at the American Cancer Society.

Adults 18 years or older with solid tumors or lymphomas that have advanced following at least on line of standard chemotherapy, or people who have tumors for which there is no standard treatment (rare tumors), will be eligible. Each arm of the trial will enroll up to 35 patients.

To learn more about the research occurring at the Mass General Cancer Center, visit www.massgeneral.org/cancer