Summer on Cape Cod: 12 of its Best Kept Secrets

While there’s no doubt that the endless miles of pristine sand beaches and sparkling sea looms large in most Cape Cod vacationers’ summer plans, we’ve rounded up 12 other amazing—but less well-known—places, festivals, and attractions that will make your summer visit to the Cape shine.

1. Admire flowers for a good cause 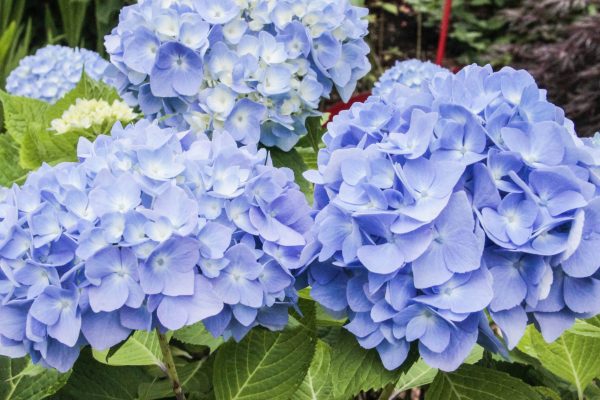 Now in its third year, the Hydrangea Festival is a celebration of Cape Cod’s signature flower, and a great way to get an insider’s view of some of the Cape’s most beautiful gardens. From July 7-16, homeowners will open their private gardens to show off exquisite, meticulously-maintained hydrangeas in all of their pink, blue, and white glory. Tickets are only $5 per tour and 100% of the proceeds go to Cape Cod non-profits. 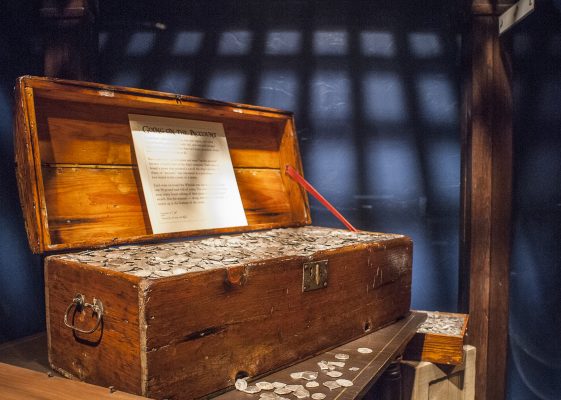 Ahoy matey! Get an up-close pirate experience and see real pirate’s booty and other artifacts at the newly opened Whydah Pirate Museum in West Yarmouth.

The unique museum features what is believed to be the only authenticated pirate coins, swords, pistols, and other treasures excavated from the pirate ship Whydah, which sunk off the coast of Wellfleet in 1717. After traveling the country for 10 years as part of an exhibit developed by National Geographic, the collection found a permanent home in the Cape in Summer 2016.

3. Watch the baseball stars of tomorrow in action 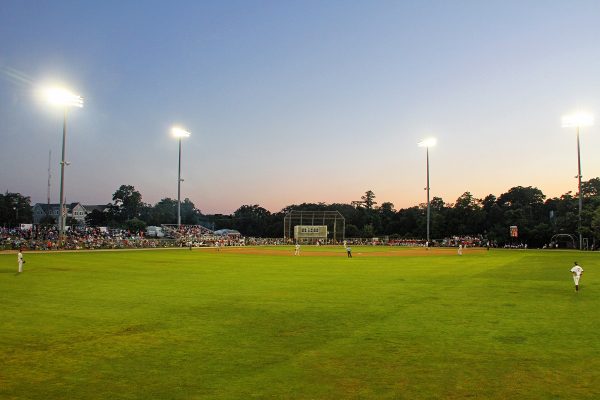 What’s better than catching a summer baseball game? The Cape Cod Baseball League is a collegiate summer baseball league comprising 10 teams from across the Cape. Many stars from Major League Baseball got their start here during their college years, including Jacoby Ellsbury, Chris Johnson and Buster Posey, to name a few. (Red Sox legend Roger Clemens’ son Kody has signed on to play for the Bourne Braves in the 2017 season.)

Bring a blanket or beach chair to one of the ballparks and spend a lazy summer evening. Best of all, there’s no charge to watch (though donations are accepted), making it the perfect way to get your baseball fix on when Fenway is too far away.

4. Take a stroll on this stunning boardwalk 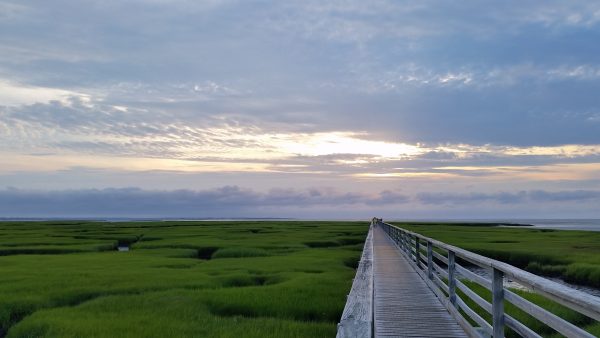 The Bass Hole Boardwalk in Yarmouth is an idyllic place to unwind and take in some quintessential Cape Cod views. As you walk its 1,500 feet, you’ll be treated to an impressive panorama of the surrounding salt marsh, Sandy Neck Point, and Cape Cod Bay, as well as seabirds, crabs, and different species of fish. If possible, time your visit so you can take in spectacular views of a Cape Cod sunset.

5. Take a dip in a kettle pond 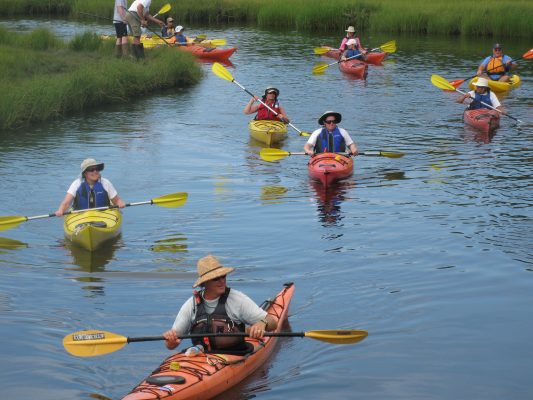 When you’re ready to take a break from salt water, do a little exploring in one of the Cape’s freshwater kettle ponds. Scattered across the region like shimmery pieces of sapphire, most of the 365 ponds are not easily accessible due to parking restrictions. However, a little sleuthing can yield a dip in some of the clearest, cleanest water around. One easy-to-reach pond is Long Pond in Wellfleet, which has public parking and a shady picnic area.

6. Go for an easy nature walk 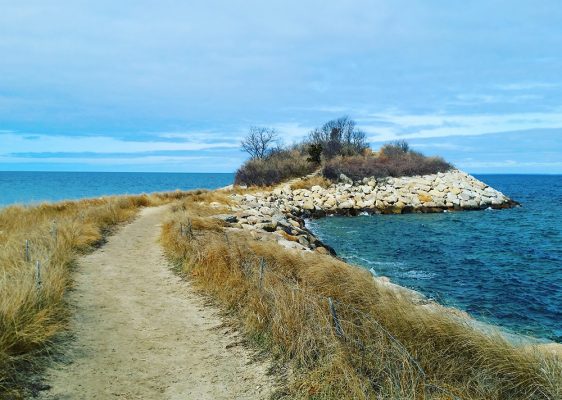 Hiking is an often overlooked, but deeply rewarding Cape activity. Nearly every town on the Cape has land set aside from development, and much of it is filled with gentle trails. With few big hills, traversing the land is easy for walkers of all ages and abilities, and many feature parking areas for easy access. If you want to combine a walk with a trip to the beach, check out The Knob walking trail in Falmouth. The shaded trail takes you over one mile of scenic views, ending at an overlook with stunning views of Buzzards Bay.

7. See the theater where The Wizard of Oz premiered 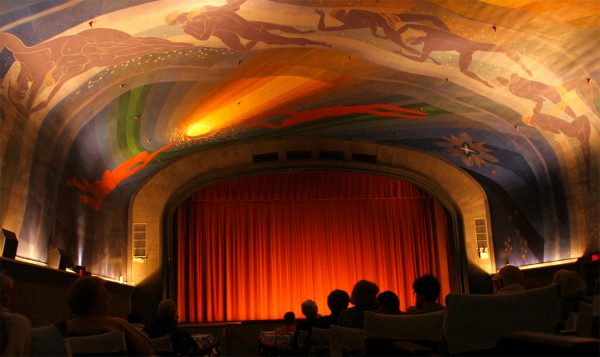 The unassuming Cape Cinema is Dennis has a little place in history—it hosted the world premiere of “The Wizard of Oz” ahead of its release in New York City and Los Angeles. As the story goes, the Cape Cinema was chosen for a small town test run (a common practice at the time) because Margaret Hamilton (aka The Wicked Witch of the West) had performed in a number of plays at the historic Cape Playhouse, which sits next door to the cinema. 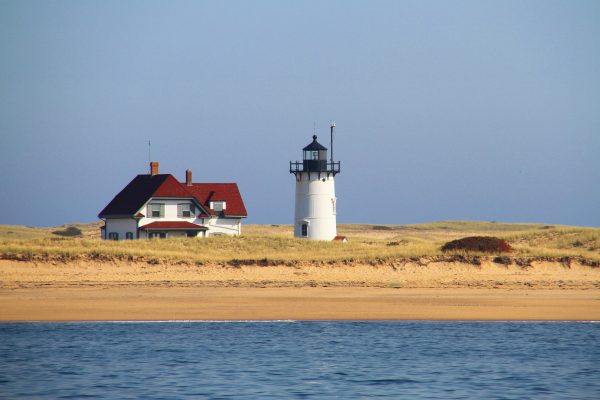 There are 14 lighthouses dotting the waters around the Cape, more than any other county in America. From the often-photographed Chatham Light to the more remote Race Point Light, all of the beacons are a great destination for lighthouse fans of all ages, and many offer daily tours in the summer months.

9. Discover a new perspective on the Cape 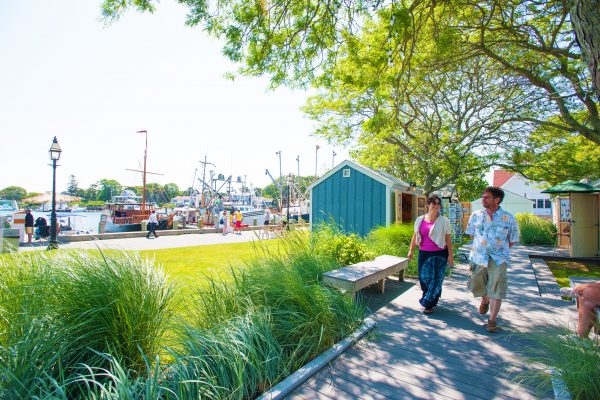 Cape Cod’s exquisite natural beauty has inspired artists for generations. You can experience the fruits of this inspiration by exploring the Cape’s four cultural districts, thriving centers of artist studios, galleries, museums, and performance spaces. The districts—Sandwich Glass Town, Barnstable Village, Hyannis HyArts and Orleans Village Center—offer a great way to explore the Cape from an entirely different perspective. 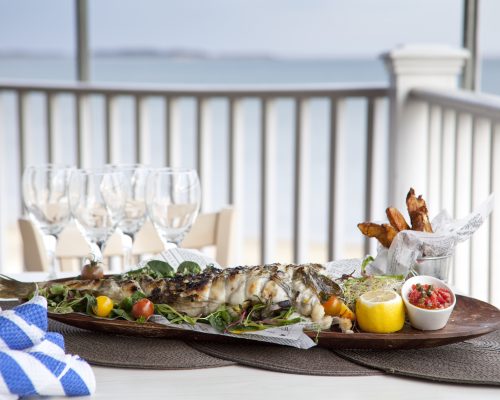 Despite the visions of fried clams and soft serve dancing in your head, Cape Cod is a culinary dream. Organic farms are popping up everywhere, along with great new restaurants that blend traditional Cape Cod fare with innovative new trends. Pick up a copy of the 2017 Cape Cod Travel Guide magazine for a great feature on Sea to Table dining options (and the best place to find a lobster roll on the Cape!).

11. Search out a secret beach 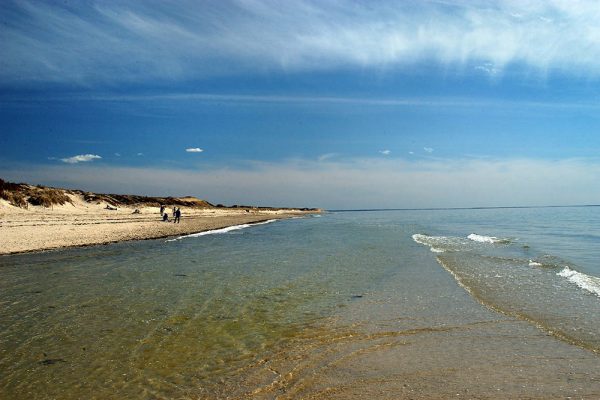 Yes, there are still remote beaches on the Cape to spend some time in solitude and revel in the beauty of the land and water. If your ideal beach features more sand than swimming, there are plenty of quiet spots along the National Seashore where the water will turn you blue in a matter of seconds. Other hidden beaches include Bound Brook Island Beach in Wellfleet, Thumpertown Beach in Eastham, and Forest Street Beach in Chatham. 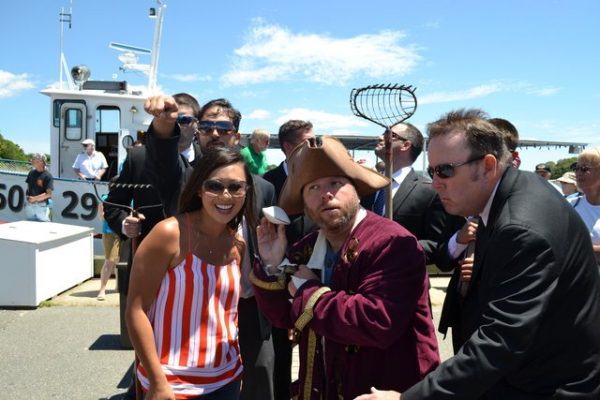 That’s not a joke. For the ninth year, Cape Cod’s beloved hard-shelled mollusk Doug the Quahog will come out on the First Day of Summer to “whisper” his weather outlook for the upcoming season. How many weeks of beach weather will he predict for this summer? You can find out Wednesday, June 21st at the oceanfront Blue Water Resort in South Yarmouth, where Doug is scheduled to make his much anticipated Quahog Day prognostication at 2 p.m. (more details at QuahogDay.com).

Don’t miss out on everything happening on Cape Cod this summer! Visit CapeCodChamber.org for information on staying, dining and playing on Cape Cod, or stay in the loop on social media at @VisitCapeCod. 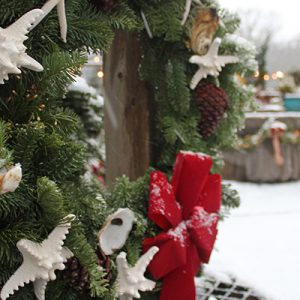 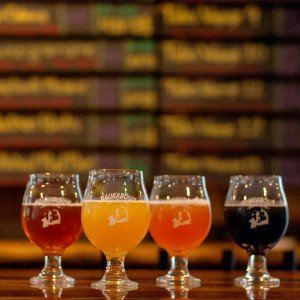 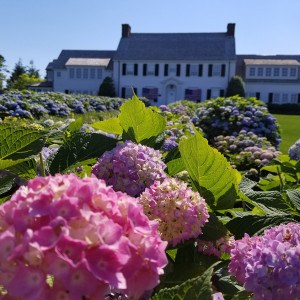