Jocelyn Chapman and Michael Driscoll take advantage of the region’s diverse landscapes to celebrate their wedding day in style.

[sidebar]Jocelyn Chapman and Michael Driscoll met at Medway High School, but the couple didn’t start dating until years later, when Jocelyn was back in town for a med school interview. She invited Mike and some friends to dinner at Les Zygomates, where her brother-in-law was a chef. When the jazz band took a break, Jocelyn’s friends prodded her to play a piece on the piano. She obliged with a Chopin etude. “It’s the only one I can play after a few glasses of wine,” she says. Mike turned to his friend and said, “I want to marry this girl.” Two winters later, they were engaged. 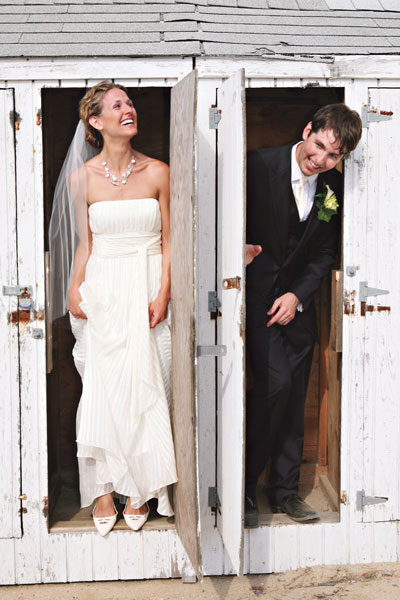 Jocelyn, wearing a silk strapless BCBG gown with a striped organza overlay, and Michael share a laugh (à la You Can’t Do That on Television) in the yacht club’s whitewashed storage lockers. 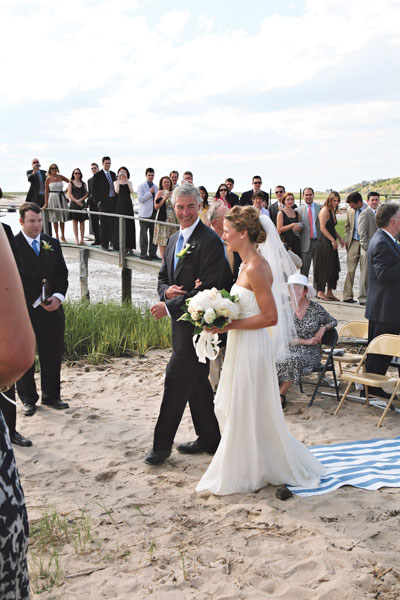 Jocelyn’s dad, Wesley, a former ordained Protestant minister, escorts her along the beach before he performs the ceremony at the water’s edge. 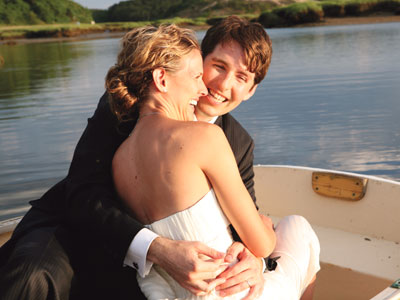 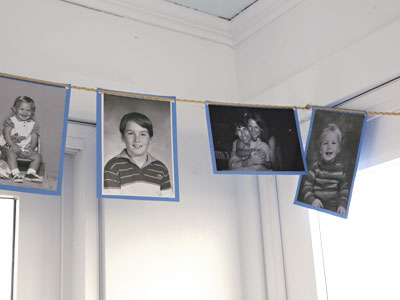 Childhood photos of the bride and groom on a wire strung in the yacht club. 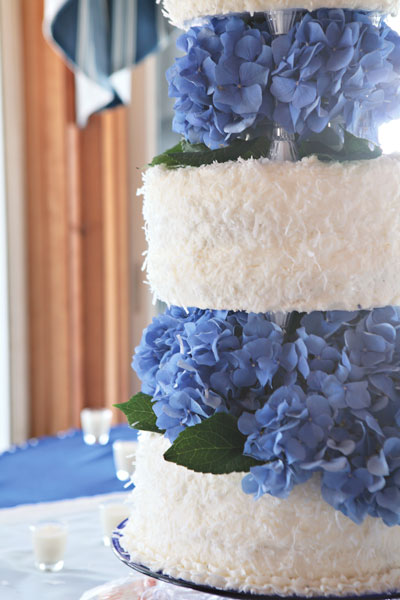 The bride’s mother, Susan, baked a three-tier cake with buttercream frosting, coconut, and fresh lemon curd, and decorated it with French hydrangeas. 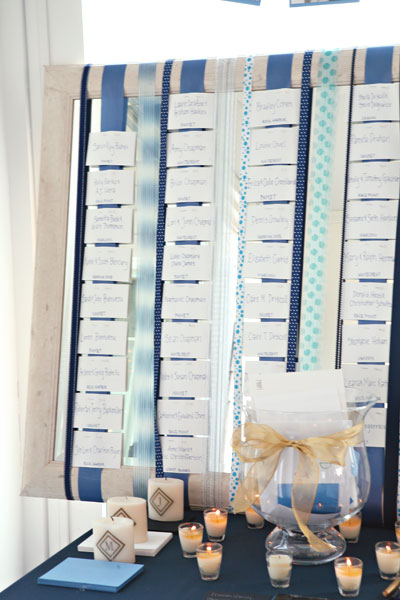 Instead of a guest book, the couple asked guests to write notes on colored paper and drop them into a glass bowl. 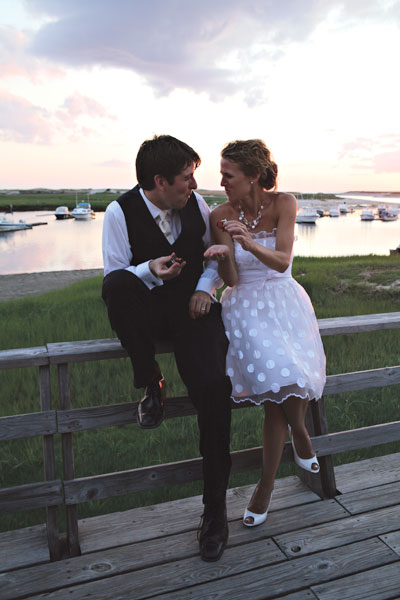 Jocelyn and Mike share chocolate-covered strawberries that her brother-in-law made for an after-dinner treat. 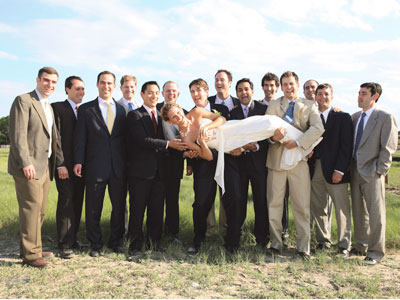 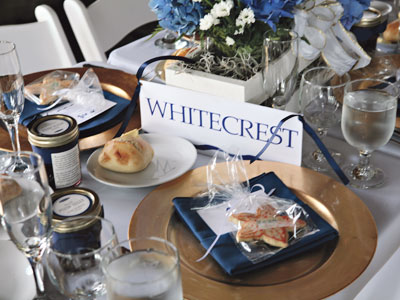