The Locks to a Lock Picker's Heart 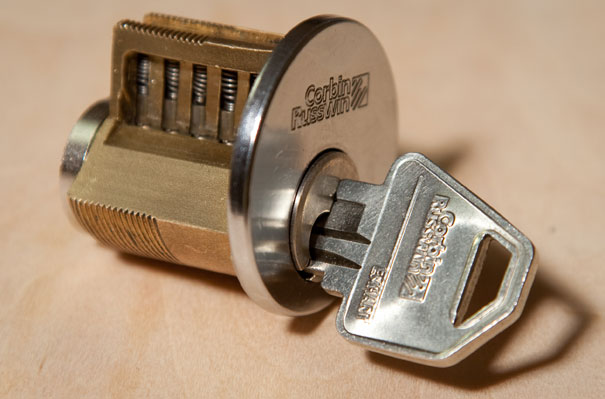 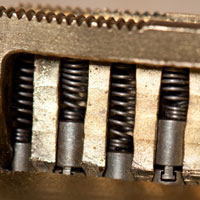 engineering—they had this amazing interlocking pin concept. It was genius; high security,” Towne says. Unfortunately, he adds, the company was sued by Medeco—another lockmaking company—in the 1970’s and driven into the ground. As shown in the cutaway, the pins lock in with each other, and the key has small angles cut into it so that it can both lift and rotate all pins to turn away from each other. “It was revolutionary,” Towne says. “Picking is extremely difficult, because you must lift and rotate every pin simultaneously and at the exact right location—and because it is next to impossible to reconnect the pins after picking without the key, the lock can’t be picked surreptitiously because an inspection could easily see where the pins were separated.” 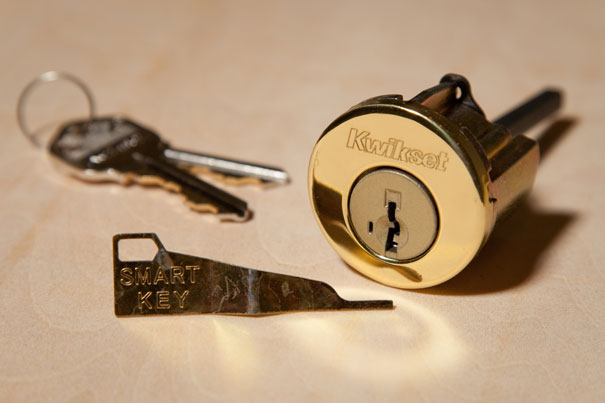 After a century and a half of variations on Yale’s lock, the first major change to American home security only hit in 2006/2007 with Walt Strader’s Kwikset SmartKey. “Inside of the lock, this is no longer a pin tumbler lock whatsoever—it is now a sidebar lock,” says Towne. The flat discs, called wafers, shown in the photo each have a serrated side, and the pins link into them at specific and varied heights—much like gears of a clock fit into each other. In ordinary, day-to-day operations, Towne explains, the pins and wafers act like distinct units and never separate. The key lifts them up to make the sidebars even up, unlocking the lock. Pull the key out, and it scrambles the wafer-pin position again. But here’s the cool part, Towne says: “the whole point of this lock is that you can rekey it instantly.” When the unlocking key is in, you can push a small piece of metal (the SmartKey) into the opening at the side—that disconnects and separates the wafers from the pins so that you can remove the unlocking key, insert a new one, then pull out the SmartKey and everything falls into a different place and watch pin reconnects to the wafers at different points, setting the lock to an entirely new key.