The Shape-Shifting Greenway Sculpture Just Got Its Annual Update

It was re-arranged at Armenian Heritage Park for the sixth time.

The Greenway was alive with commotion on a recent Sunday morning as the shape-shifting artwork at Boston’s Armenian Heritage Park underwent its annual reconfiguration.

The structure, which is called Abstract Sculpture, is a split rhomboid dodecahedron composed of twelve reflective black panels, which form a solid geometric figure. Each year, the steel and aluminum sculpture is taken apart, lifted up by a crane, and rearranged into a completely new design.

In conjunction with the reflecting pool and nearby labyrinth walking path, the piece is dedicated to victims of the Armenian Genocide, as well as genocides throughout history, and is intended to represent the experience of immigrant communities as they adapt to new homes and reestablish their lives.

“The idea of a solid being pulled apart and not being put back together again exactly the way it was, but in new and different ways, is really the symbolism,” says Don Tellalian, the sculpture’s architect. He adds, “One year’s shape isn’t more important than another year’s shape.”

This year’s design is known as a “kissing configuration,” Tellalian says.  It is split into oblong halves, its  two parts just barely meeting in the middle, as if they are about to kiss. The shape is meant to provide a degree of artistic tension, he says.

This is the sixth rendition of the sculpture’s reconfiguration, and a slightly more subtle take than some years in the past, when sections of the structure were stacked to be nearly 18 feet tall. Tellalian has designed a total of 25 different configurations for the sculpture, which take shape one after another each year. After 25 years, the designs repeat from the beginning.

Tellalian also designed the park, which opened in 2012 as a tribute to Boston’s Armenian community. He says the hopes the public space brings people joy.

“A public park in Boston must appeal to everyone, no matter what the memory that supported its design or significance. It doesn’t want to be a funereal area,” Tellalian said. “It wants to be a delight for everyone.”

For those who are interested in hearing more about the sculpture, a viewing reception will be held on Saturday, May 6  at 1 p.m. as part of ArtWeek, a festival devoted to creative endeavors that runs April 28-May 7.

Here’s what the sculpture looked like before the reconfiguration: 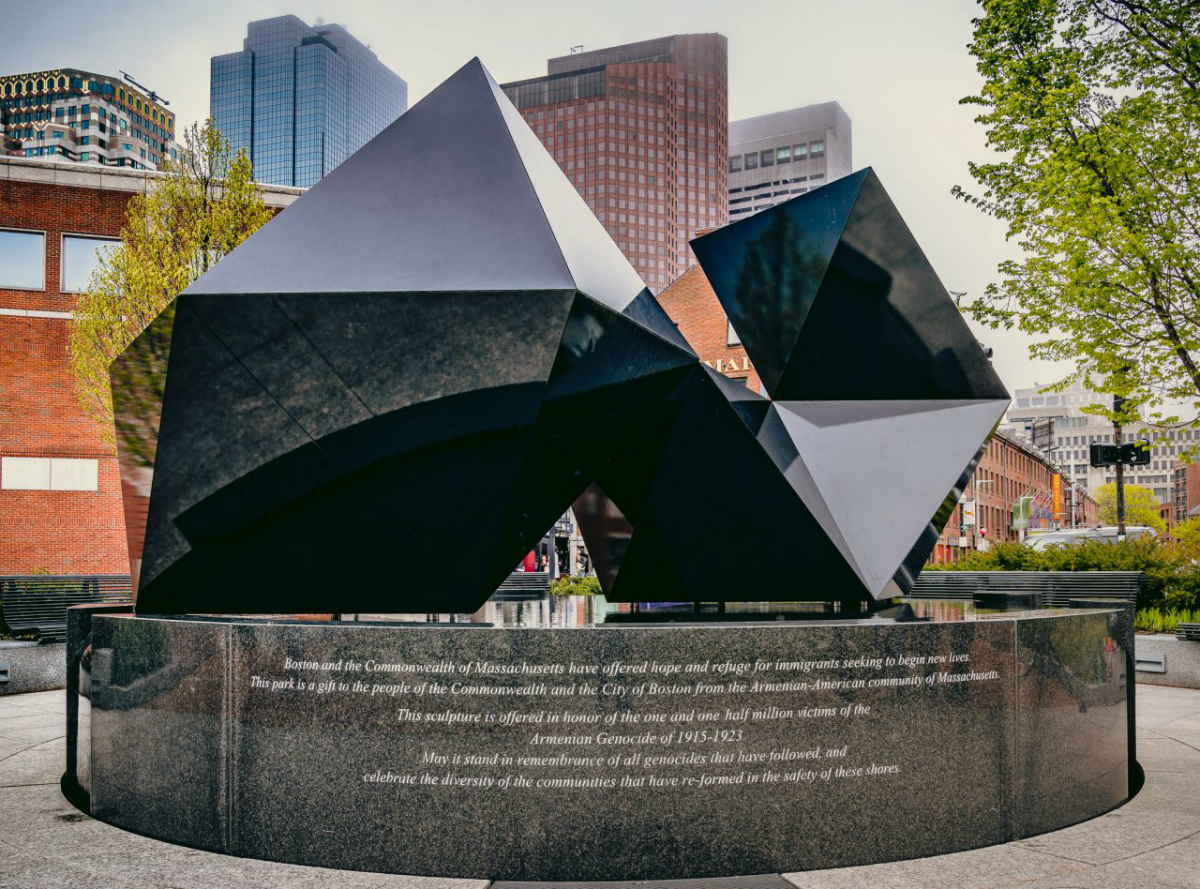 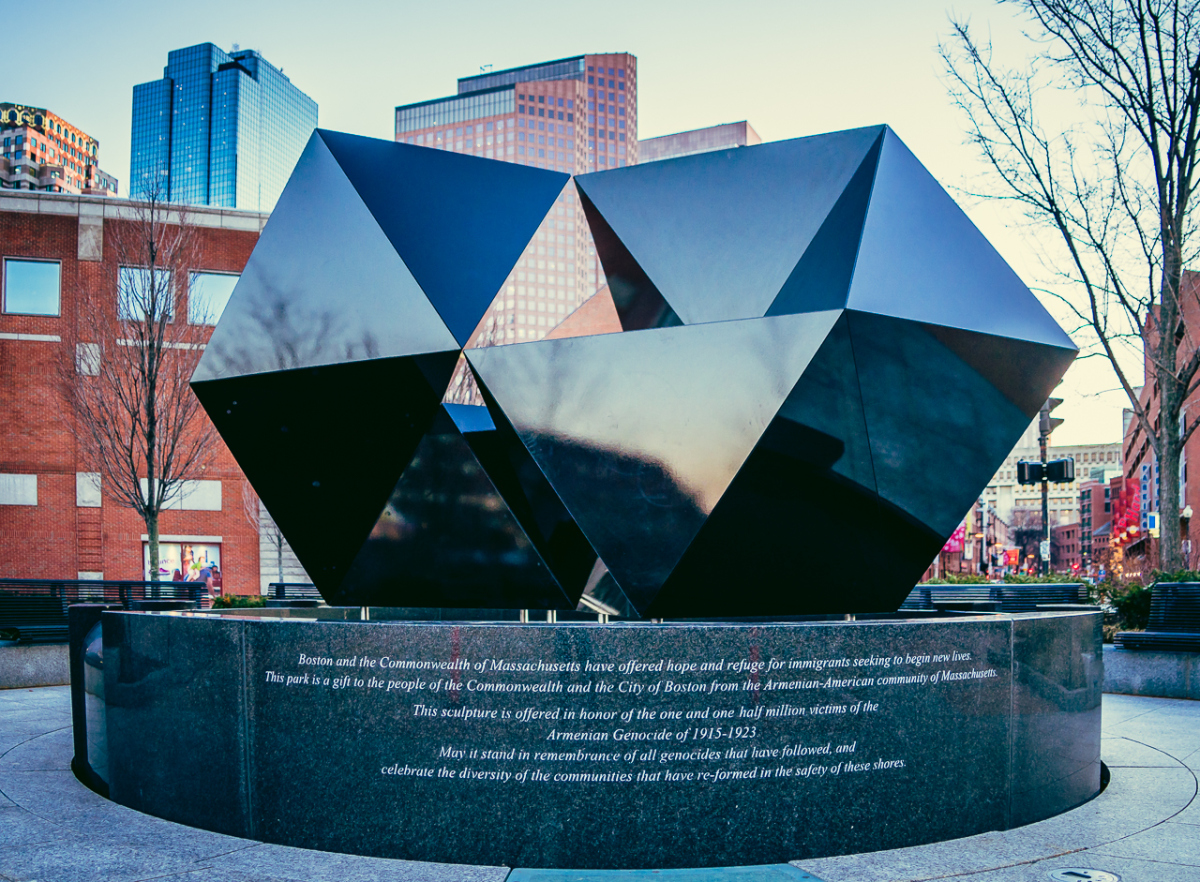 And this is the original design from the park’s founding in 2012: 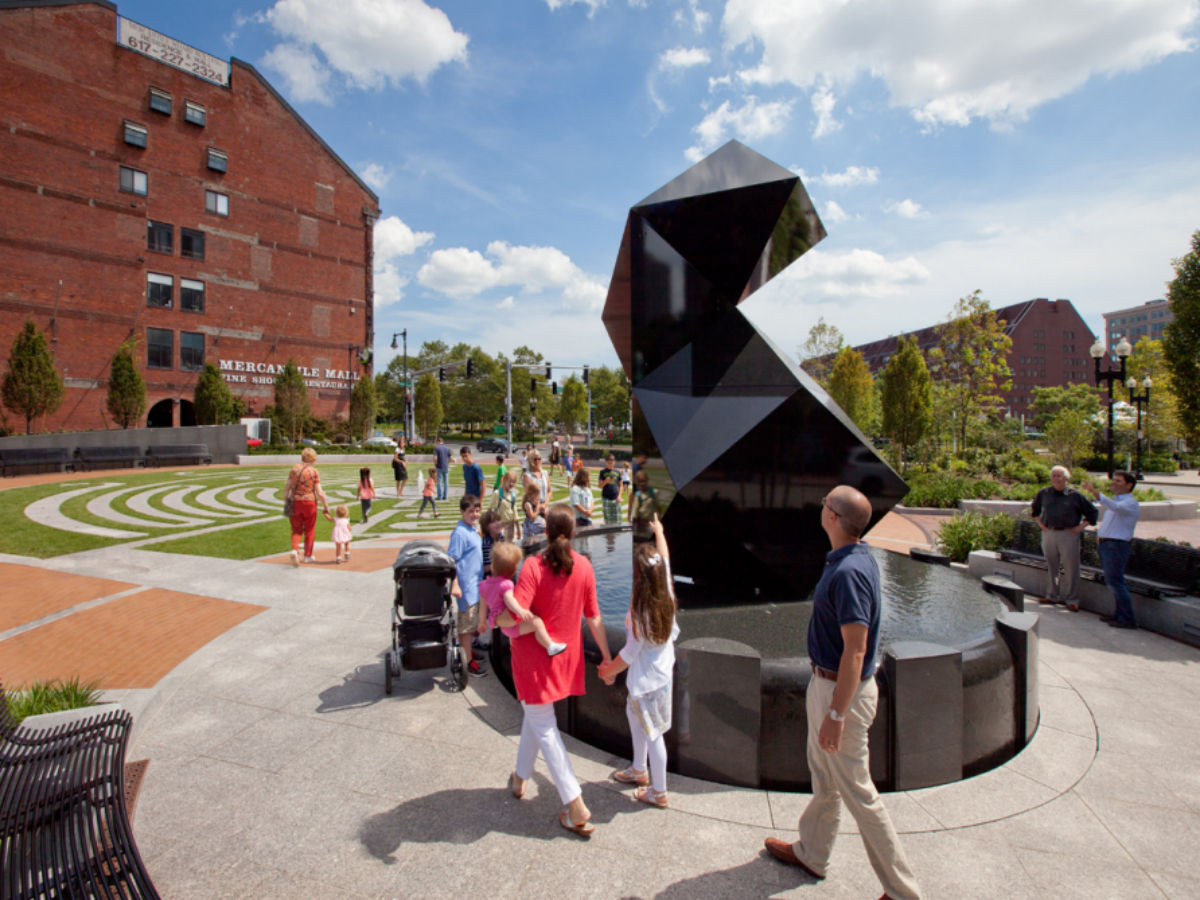