Captain America is hoping the Patriots quarterback isn't still on the Trump train, he says in a Hollywood Reporter cover story. 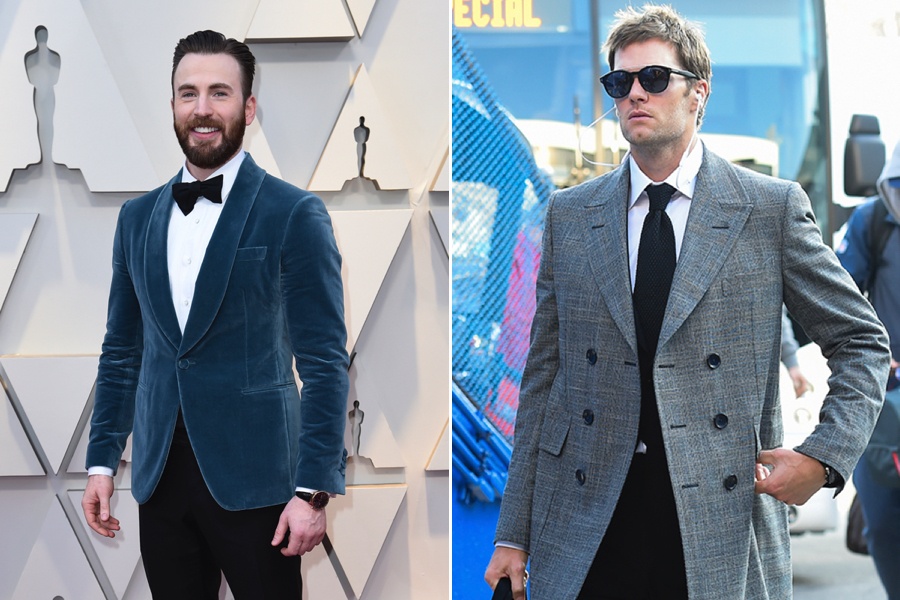 He may wear his Boston roots on his sleeve, but unlike many around here, Chris Evans will apparently not stan Tom Brady indefinitely.

In a new cover story with the Hollywood Reporter, Captain America himself says he really hopes that the GOAT has moved on from his much-publicized alliance with President Trump:

“I really hope he’s not a Trump supporter. I’m just hoping he’s one of those guys that maybe supported him and now regrets it. Maybe he thought it was going to be different — and even that bothers me — but maybe there’s a chance now he just thinks Trump’s an absolute dumb shit, which he is. If he doesn’t, if he’s still on that Trump train, I might have to cut ties. It’s really tough.”

Evans, who is from Sudbury, has been outspoken about his liberal political beliefs in the past and is known for firing off frequent anti-Trump missives to his 10.7 million followers on Twitter. He is, in case you didn’t know, former Massachusetts Congressman Mike Capuano’s nephew. The wide-ranging story—in which Evans also dances around Avengers spoilers and talks about life on set with costar Robert Downey, Jr.—touches on the political side of his public persona, noting that Marvel execs are not put off by his outspokenness, and even encourage it (unfortunately, though, readers won’t find any new info about his on-again-off-again relationship with fellow Mass. native Jenny Slate).

His comments on Brady are notable, though. Evans is a well-documented diehard Pats fan, who is often seen in the stands cheering on his team.

Chris Evans’ reaction to the Superbowl tie is hilarious. pic.twitter.com/589mdte6Md

But the Trump-Brady friendship is enough to test Evans’ allegiance to the star QB. Evans has addressed this quandary before, although in an earlier interview he said that despite his distaste for Trump and his supporters, “If anyone gets a pass it’s Tom Brady.”

These days he seems to be holding out hope that Brady had a lapse in judgment when he supported Trump in the lead-up to the 2016 election. More recently, with help from his wife Gisele, Brady has since taken steps to distance himself from Trump the thorny world of politics.