Boston Calling Update: Nine Inch Nails Has Been Added as a Headliner

The lineup for the festival's big return to Boston this year has been a moving target. 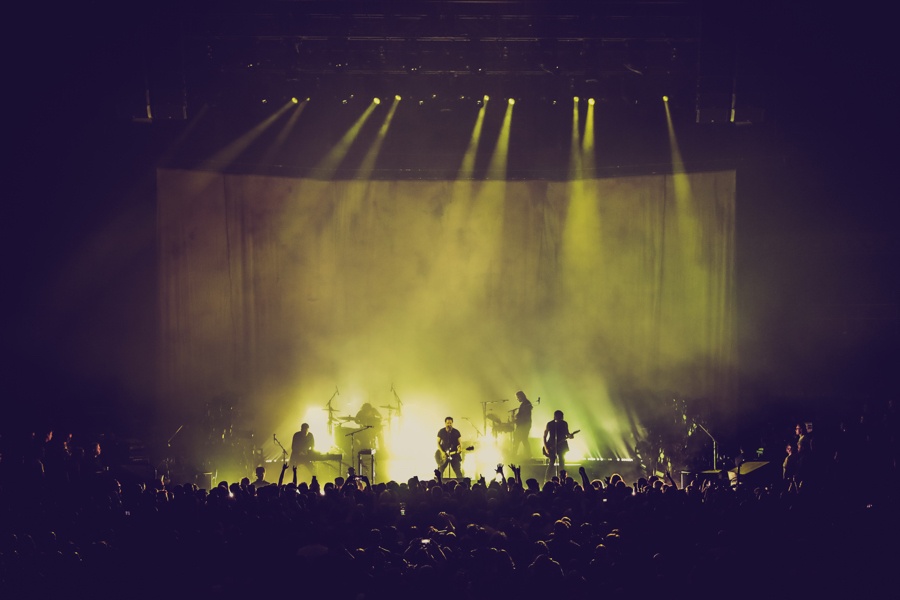 It’s been a rollercoaster for the Boston Calling lineup these past few years, but fans of ’90s and ’00s industrial rock will be pleased with the festival’s latest twist: Nine Inch Nails have just been added as the third headliner.

The Grammy award-winners and Rock & Roll Hall of Famers will take the stage on night one of the festival, joining The Strokes and Metallica at the top of the billing for the three-day music extravaganza’s big return for 2022, organizers announced Wednesday.

The late addition, with a little under two months until showtime, comes in the wake of the tragic death of Foo Fighters drummer Taylor Hawkins last month. The band was set to headline, but canceled their tour here and everywhere else after Hawkins’ passing.

That, you’ll recall, wasn’t the only tumult in the lineup, which has changed several times since the 2020 festival got canceled because of the pandemic. The Red Hot Chili Peppers were booked back in 2020, too, but pulled out along the way—although they will be coming through Boston in September if you want to catch them at Fenway Park. Rage Against the Machine was on the original 2020 bill as well, but later canceled, after the band postponed all the dates on their “Public Service Announcement” tour (It’s been rescheduled to kick off in July, but isn’t swinging through Boston this time). The Foo Fighters had been the last remaining headliner from the original 2020 lineup.

When Boston Calling kicks off on Friday, May 27, NIN will cap off a day of artists that includes Rüfüs Du Sol, HAIM, Avril Lavigne, and Cheap Trick. They will also—and isn’t this so cool for these artists??—follow a series of local musicians to be featured at Boston Calling’s Trivoli Audio Orange Stage, a new addition this year. You can catch Boston-based Avenue and The Chelsea Curve, Milford’s Born Without Bones, and Cambridge’s Miranda Rae there on Friday.

As for what else to expect, we’re still standing by for the list of vendors to be featured in the food stalls this year, which typically include lots of popular Boston fare and, depending on the tier of ticket you’re paying for, some appearances by local celebrity chefs.

But for now at least, the lineup is officially locked in.