A series of notes and fliers with racial slurs have appeared on campus this semester. 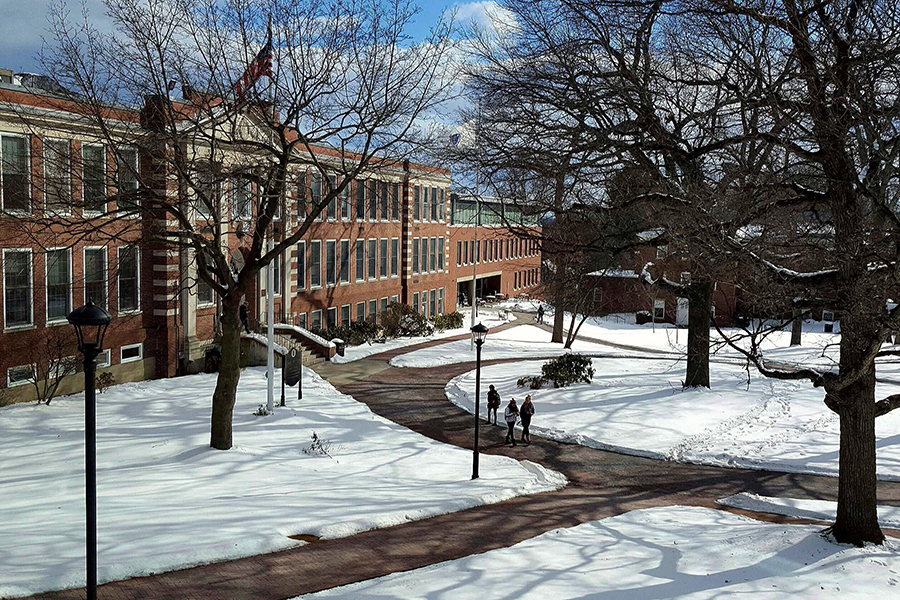 Shadows on snow by Lorianne DiSabato on Flickr/Creative Commons

After yet another racist message appeared on the Framingham State University campus on Friday, school officials have called on the Federal Bureau of Investigation for help in finding the culprit.

Since October, several notes targeting black students have surfaced at the school. The most recent note was found by Carlos Barbosa Jr., an 18-year-old freshman, after it was slid underneath his door. The handwritten note, according to the Boston Globe, contained a racial slur and has been turned over to the FBI for analysis.

Throughout the semester, offensive flyers and notes have targeted black students on campus with racial epithets and anti-Black Student Union sentiment, according to MassLive. In late October, after a trio of these types of messages surfaced, the school offered a $1,000 reward for anyone with information that could lead to the identification of the perpetrators. The reward is still on the table, the school’s spokesman, Daniel Magazu, told the Globe, but federal investigators are now on the case, too.

On Friday, FSU President F. Javier Cevallos emailed the school community to affirm his support for students and to reiterate his lack of tolerance for intolerance. “To the person(s) responsible for the acts of racism that have occurred this semester, I want you to know that you do not share our community’s values. You do not belong at FSU,” Cevallos wrote, according to the Globe.

Roughly 11 percent of the school’s nearly 4,000 undergraduate students are African American, Magazu told the Globe. According to the Pew Research Center, roughly 14 percent of 18-24 year-old-college students in 2012 were black.

This weekend, more than 100 faculty, staff, and campus police officers will participate in anti-bias training at FSU, and the school will implement similar programming during student orientation moving forward, Magazu told the Globe.