Who Are the Key Players in the College Admissions Scandal?

Get to know the biggest names being charged in Boston federal court as part of the biggest college admissions scandal in U.S. history. 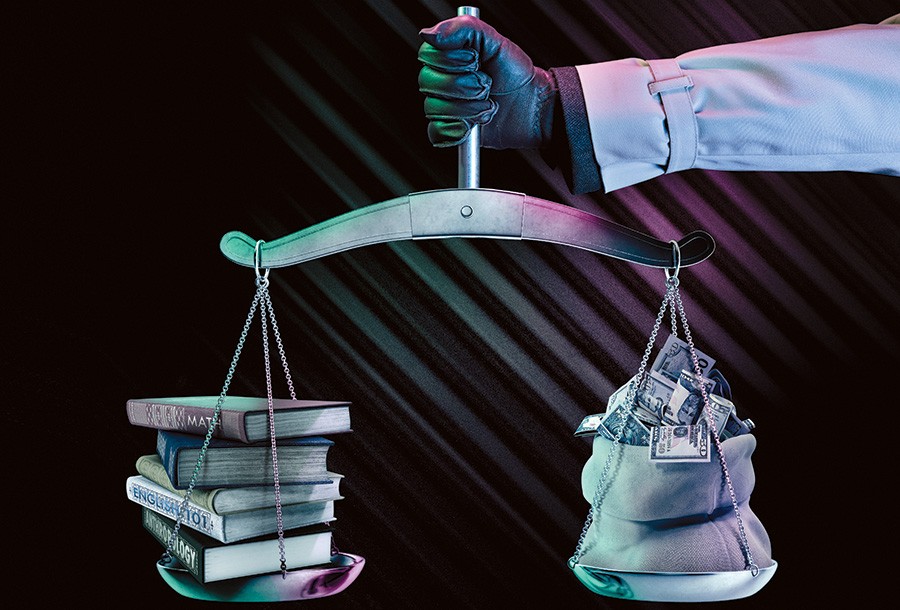 You may know him as: The college consultant behind the “Key Worldwide Foundation,” a nonprofit organization that parents paid for “side door” entry to elite colleges.

Accused of: Being the mastermind behind the Operation Varsity Blues scandal’s key strategies: cheating on or falsifying scores on the ACT and SAT, and fraudulently designating students as athletic recruits.

He pleaded: Guilty, and cooperated with investigators in an attempt to garner leniency. He’s scheduled to be sentenced in Boston this month.

You may know her as: The Oscar-nominated actress who played Lynette Scavo on Desperate Housewives.

Accused of: Paying $15,000 to have a proctor alter her oldest daughter’s SAT scores.

She pleaded: Guilty, and is due to be sentenced September 13.

Local representation: Martin Murphy, a partner at the Boston office of Foley Hoag.

You may know him as: The only Bay State resident implicated in the scandal, he was previously an executive at Staples and Bain & Company, among other high-profile firms.

Accused of: Attempting to pass off three of his children as athletic recruits to USC, Stanford, and Harvard.

You may know him as: The Georgetown tennis coach whose part-time home in Falmouth may be seized by the feds as part of the case.

Accused of: Taking bribes to designate applicants as recruits to the school’s tennis program.

You may know him as: The Wynn Resorts executive who revealed the initial proposal for the Encore Boston Harbor. He is credited with helping Wynn beat out Mohegan Sun and the Suffolk Downs racetrack to acquire the only gaming license in eastern Massachusetts.

Accused of: Conspiring to bribe USC’s athletic department to designate his daughter as a basketball recruit.