Want the Most Bang for Your Buck? This Is the Massachusetts College for You

And no, it's not Harvard or MIT. 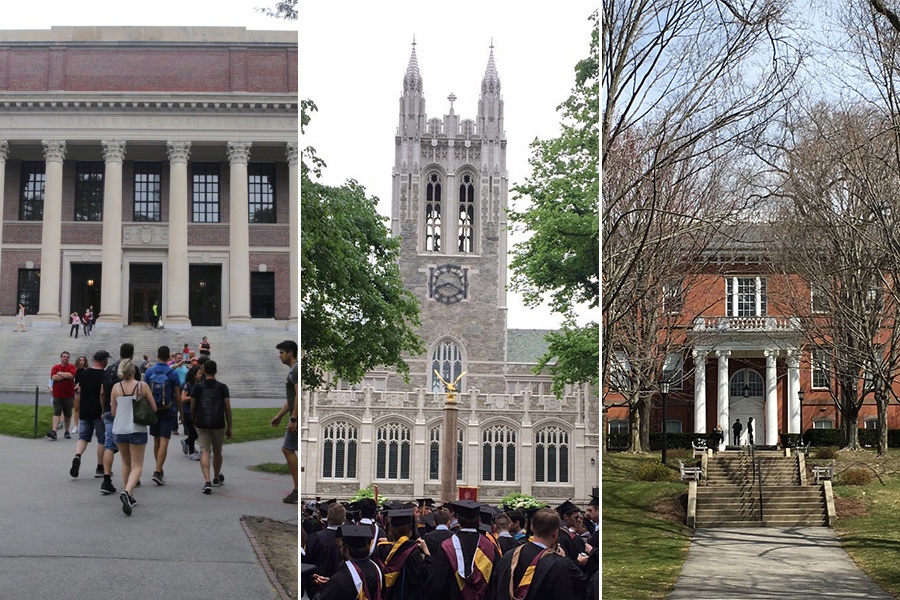 It’s tough to surprise anyone around these parts with a new college ranking, unless you’re really invested in the battle between our two elite Cambridge institutions for the top slot. But a new national study that ranks colleges based on long-term return on investment definitely shakes things up. In a shocking twist, the highest-ranked Massachusetts school is neither MIT nor Harvard.

Based on the net economic gains students are likely to see after 40 years, it’s Massachusetts College of Pharmacy and Health Sciences that’s the smartest investment, ranking third of 4,500 colleges nationwide. Students who graduate from MCPHS could, on average, see gains of $2.4 million after 40 years. Babson College also floated to the top of the list, coming in seventh nationally, and of course, MIT and Harvard also graced the top 10, coming in fourth and eighth respectively. In the top 10 rankings for only Massachusetts schools are Bentley University, Worcester Polytechnic Institute, Tufts University, Blue Hills Regional Technical School, and Boston College.

This report, from Georgetown University’s Center on Education and the Workforce, is based on federal data that captures the earnings of college graduates 10 years post-grad. This study is the first to use that data to project what those same graduates would earn 40 years into the future.

While it’s a bit of an unconventional metric, 40-year economic value is an important one for students and parents to consider when evaluating the financial risk of college. After all, when you’re purchasing property or stock, you always consider ROI—so why shouldn’t we think about college, an investment so pricey most students go into debt for it, in the same way?

“Investing in a college education has greater immediate effects on a person’s life than investing in the stock market; however, a college degree provides no tangible asset, unlike investing in a home,” the study reads. “It may take years for the investment to pay off, since the value of the degree lies in what a person does with it.”

Just look at Babson, for example. While it’s in the top 10 nationally at a 40-year horizon, at a 10-year horizon, the college’s value is ranked at 304. This is a general trend for four year institutions—they initially cost more, but their graduates see higher gains in the long term, the study shows. All of the colleges with the best long-term net economic gains are four-year institutions. They are also all private nonprofit schools, with the exception of two maritime academies.

Conversely, community colleges and schools that offer certificate programs have the highest ROI in the 10-year short term. Because these schools are less expensive and students spend less time there, graduates are able to maximize their earning power in the workforce more quickly—but the value of the degrees from these schools is eventually eclipsed by the value of bachelor’s degrees.

Of course, it’s impossible to capture the value of a college education in dollars, and there are many other factors to consider when choosing an institution to earn a degree. However, regardless of the weight you assign to this metric and this ranking, the study overall makes an important affirmation—that despite its ever inflating price tag, college is still worth the money.

Visit Georgetown’s website to see where your alma mater stacks up, and click here to read the full report.