A new study from researchers at Boston University School of Medicine finds the age at which an athlete is first exposed to the high-impact tackle game is correlated with how early they experience neurological and behavioral changes. 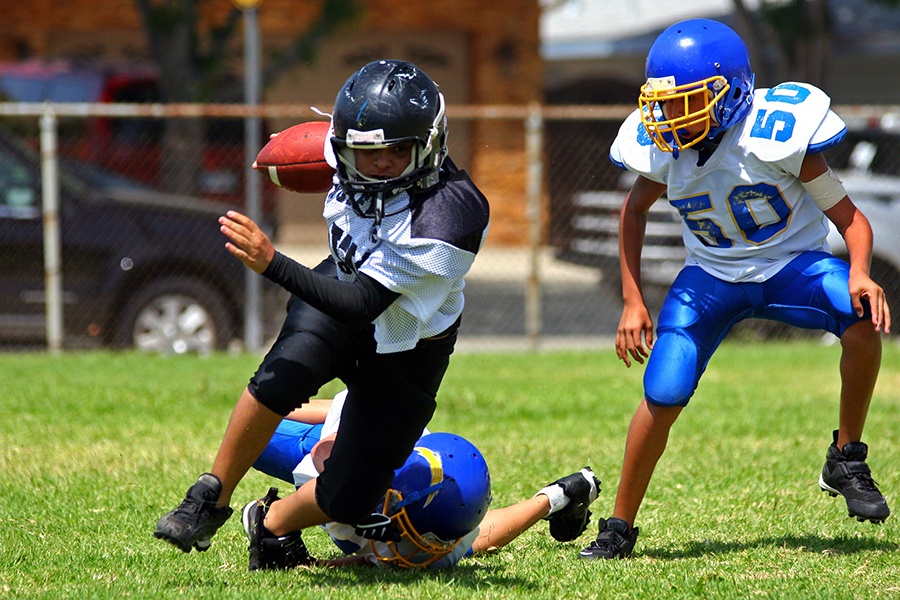 The younger an athlete is when he starts playing tackle football, the earlier he’ll experience symptoms of cognitive and behavioral impairment, a new study from the Boston University School of Medicine and the VA Boston Healthcare System finds.

Researchers predict that for each year younger a football player is when he plays his first tackle down, he will experience the mood and neurological effects of chronic traumatic encephalopathy roughly 2-and-a-half years sooner. The impact is particularly pronounced among football players who are exposed to the tackle game before their 12th birthday. For those athletes, symptoms could emerge more than 13 years earlier than they otherwise would have.

Of the 246 deceased tackle football players whose brains were examined by the scientists, 211 had CTE. The study, published Monday in the Annals of Neurology, found that though the age at which an athlete begins playing tackle football is correlated with how early cognitive symptoms emerge, it is not related to the severity of those symptoms.

Researchers cautioned against extrapolating these findings to the broader population of tackle football players, but they did conclude that playing high-impact sports as a child could have lifelong effects on the brain’s ability to heal.

“Youth exposure to repetitive head impacts in tackle football may reduce one’s resiliency to brain diseases later in life, including, but not limited to, CTE,” Ann McKee, the director of the BU CTE Center, said in a statement to the Washington Post. “It makes common sense that children, whose brains are rapidly developing, should not be hitting their heads hundreds of times per season.”

In January, a BU-led research team found evidence that even athletes who sustain minor head injuries are at risk of developing symptoms of CTE, a degenerative brain disease.