In the First Year of the Trump Era, We’re Celebrating JFK’s 100th Birthday

With a very different man currently in the Oval Office, the 35th president was honored today at the State House. 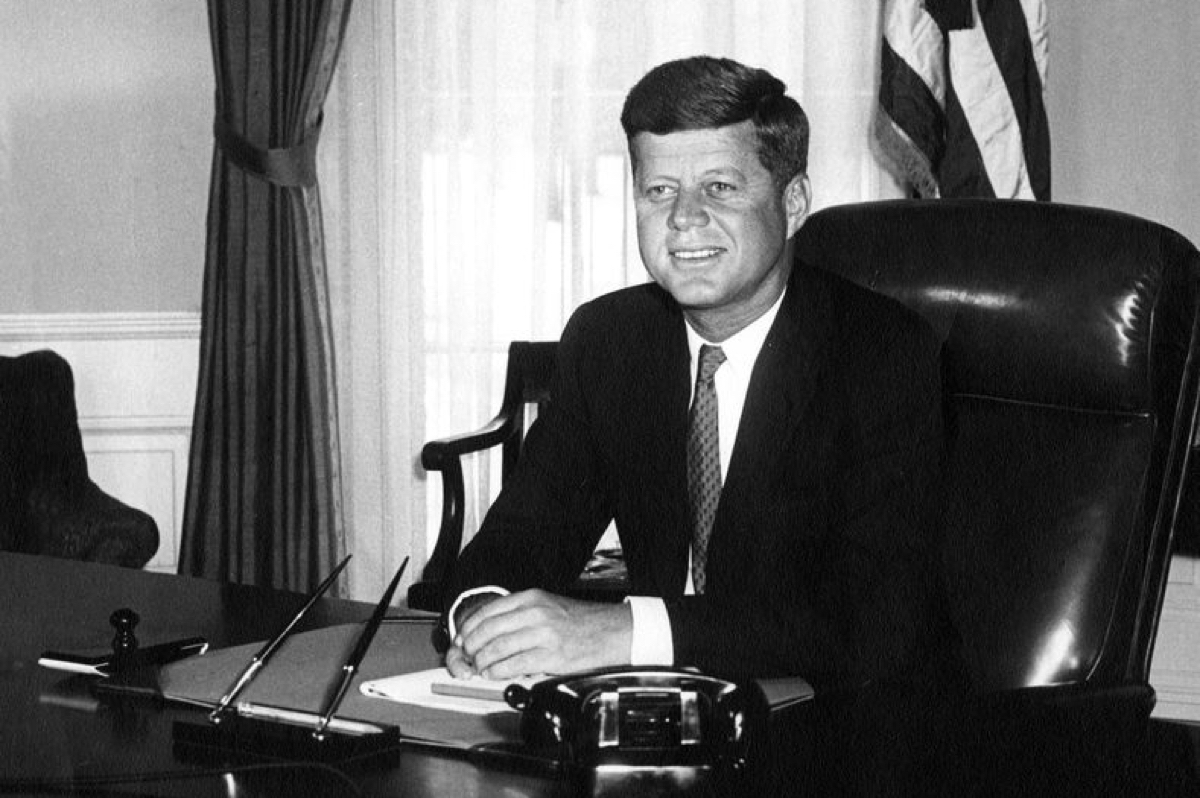 In the first year of the Trump Era, Massachusetts is celebrating the centennial of a very different president: John F. Kennedy.

Ahead of what would have been Kennedy’s 100th birthday (he was born May 29, 1917), a bunch of top political voices and Kennedy relatives gathered at the State House Wednesday to hold a joint session, hear speeches about the bygone days of the Massachusetts luminary in the White House, and to consider just how much the times have changed.

Although they didn’t mention Trump by name, the tycoon’s young presidency was very much on everyone’s mind.

“As we’re faced with a presidential mindset that stands in direct conflict with JFK’s expansive and inclusive vision for this country, I often find myself thinking about President Kennedy and I find myself reflecting on some of my personal memories,” House Speaker Bob DeLeo said in a speech.

Were JFK alive today, Gov. Charlie Baker said in a speech, “I suspect the coarseness of modern-day politics would disappoint him. I think he would remind us that in his day he asked us to focus not on what our country can do for us but to instead remember what we can do for our country. I call those words to live by, now more than ever.”

Maryland Lt. Gov. Kathleen Kennedy Townsend, JFK’s niece, spoke about her uncle’s views on immigration, not shying away from a dig at President Trump. “Unlike some who have made it big and then forget where they come from,” she said, Kennedy “remembered that immigration was a great way to create a wonderful future.”

Senate President Stan Rosenberg also had some pointed words, in person and online. “When the people + institutions that made us great are under attack,” he wrote on Twitter, “there is no better time than to remember what JFK stood for.”

When the people + institutions that made us great are under attack, there is no better time than to remember what JFK stood for. #jfk100 pic.twitter.com/dlprZSjVI6

The JFK Presidential Library and Museum plans to celebrate the anniversary all year, with events and programming “aimed at inspiring new generations to find meaning and inspiration in the enduring American values that formed the heart of the Kennedy presidency.”

There are plans to debut a new stamp next week, and soon, the library says, it will knock $2 off the price of admission for anyone who knows a secret password it will be announcing online. In 2014, when it ran a similar promotion, the password was “coconut.” Why? JFK famously once transmitted a secret message via coconut while a commander in World War II. He later used it as a paper weight in the Oval Office.

In the meantime, look for lots of interesting stuff on the library’s Twitter and Facebook pages. Including this, a draft speech on immigration, complete with notes from Kennedy himself and written with a decidedly different tone than the one we’re hearing in 2017:

You can watch Wednesday’s ceremony, which was streamed live on Facebook, here: