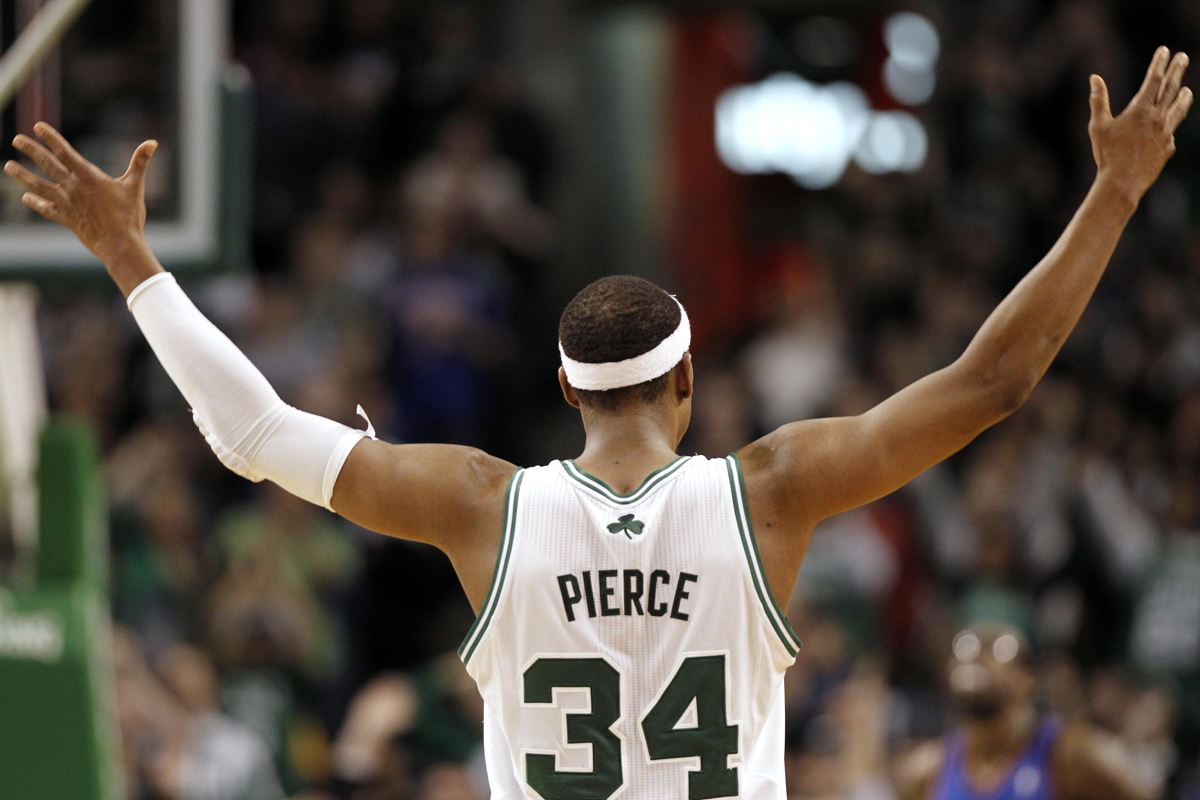 The Celtics emerged from Tuesday night’s NBA draft lottery with the No. 1 overall pick for the first time in the franchise’s storied history. General manager Danny Ainge’s patience was at last rewarded, and it’s worth remembering just how badly he fleeced the Brooklyn Nets to get there.

In the summer of 2013, Ainge dealt Paul Pierce, Kevin Garnett, and Jason Terry to Brooklyn in exchange for, in addition to some spare parts, the Nets’ 2014, 2016, and 2018 first-round picks, with the right to swap picks in 2017. At the time, Nets owner Mikhail Prokhorov said “the basketball gods smiled on” his team.

On the contrary, it was one of the most laughably awful deals in NBA history, which only got worse when Ainge and Celtics co-owner Wyc Grousbeck walked into the draft lottery with a 25-percent chance of hitting the jackpot—and did.

You know who the humor wasn’t lost on? Paul Pierce.

Pierce, who retired when his Los Angeles Clippers were bounced in the first round of this year’s playoffs, appears to have finally figured out how emojis work.