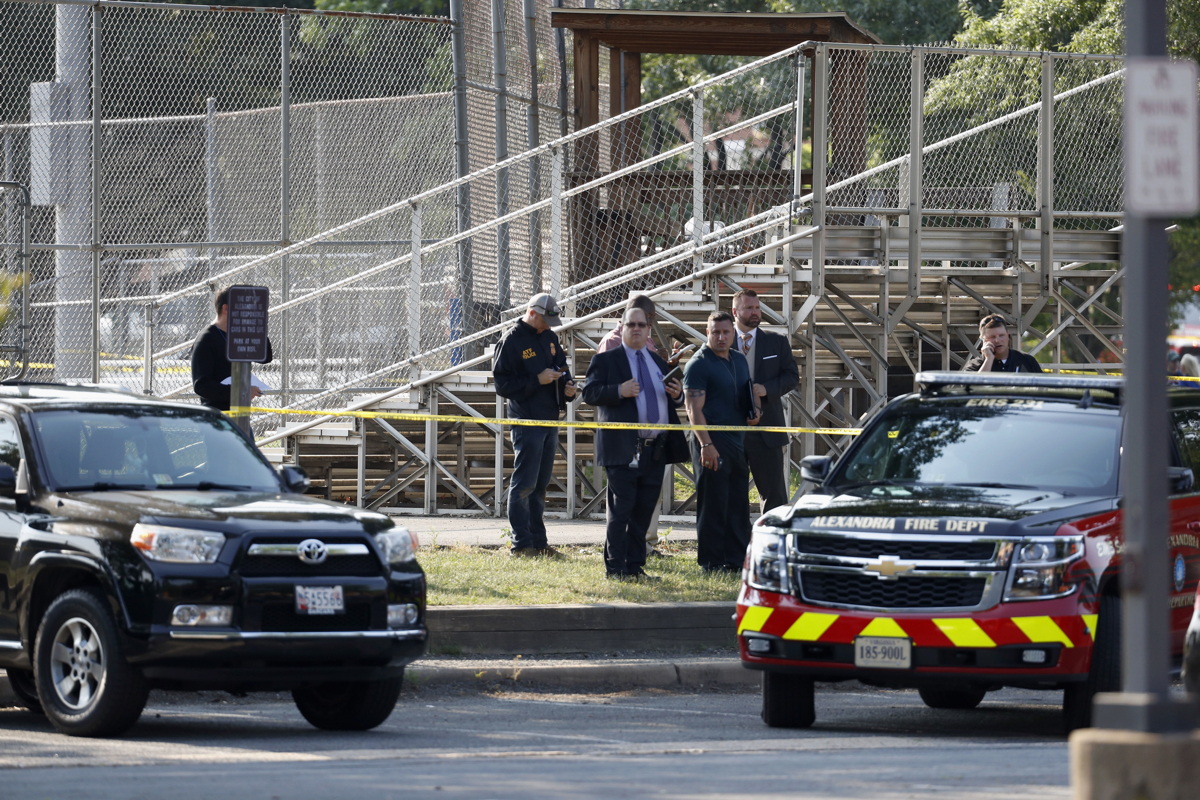 The scene in Alexandria. Photo via AP

Massachusetts State Police are ramping up patrols around the State House, after House Majority Whip Steve Scalise of Louisiana was shot during the Republicans’ Congressional baseball practice in Alexandria, Virginia.

“This measure is being taken only as a general precaution. There is no known threat to Massachusetts,” said communications director David Procopio in a statement. “Meanwhile, our Commonwealth Fusion Center continues to monitor intelligence and developments from the Virginia shooting and will share relevant information with our law enforcement partners and the public as appropriate.”

At least five people were injured in Wednesday morning’s shooting, including Scalise, who is reportedly in stable condition at George Washington University Hospital. According to Rep. Mo Brooks of Alabama, who attended the baseball practice, the shooter fired more than 50 rounds from a rifle.

On Scalise, @RepMoBrooks says he dragged himself from infield dirt to outfield grass. "There's a trail of blood."

The Congressional baseball game, scheduled for tomorrow at Nationals Park, is a longstanding, bipartisan tradition on Capitol Hill, bringing Republicans and Democrats together to put aside their differences—albeit briefly—and enjoy a ballgame.