A guide to staying safe and doing it right. 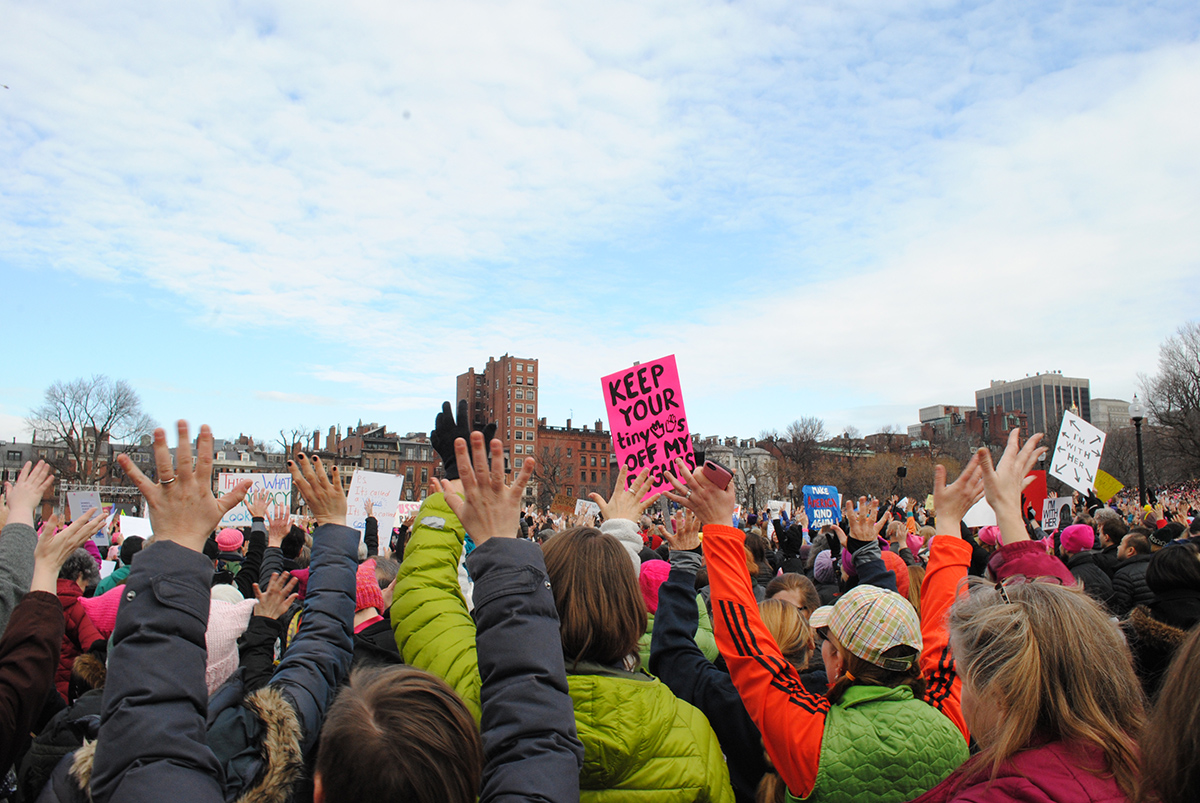 So you’re heading to Boston this weekend to protest the “Free Speech Rally” happening Saturday on the Common. Great. Welcome to Boston.

Before you get here, a few words of advice: This looks like it’s going to be huge. Estimates vary, but as many as 20,000 or 3o,000 people may be turning out to counter the message of the extremist speakers lined up for the event. A rally similar to this one happened on the Common in May, and almost no one noticed. But this is different. After a truly heinous weekend in Virginia, people are pretty worked up right now, and officials are on high alert about the hordes of people coming our way.

So if you want to be one of them, you should be prepared.

First things first, police and city officials have made it very clear that they want this gathering to be less violent than ones seen in other parts of the country, most recently in Charlottesville, where white supremacist demonstrators and counter-protesters clashed and one woman died.

“If you decide to come to Boston Common, we ask you to be peaceful,” Boston Mayor Marty Walsh said in a Friday morning news conference. “Because tomorrow’s march is in response to the hate that happened last weekend in Virginia. We don’t respond to hate with hate, we respond to hate with peace. We want people to be civil.”

Police say backpacks that are brought to the rally will be subject to search and the following items will be banned:

“If anything gets out of hand,” Walsh adds, “we will shut it down.”

Boston Police Commissioner William Evans says police have installed surveillance cameras atop the Parkman Bandstand and elsewhere in the Common, and the department will be deploying undercover cops and officers carrying cameras.

“We’ll have eyes and ears all over that place,” Evans says.

Evans has also sent a message directly to the region’s college students, many of whom are returning for the fall semester this week. “As I have stated in the past, please act in a way that would make your school, your family, and your city proud and please respect our neighborhoods,” Evans says in an open letter. “Student behavior off campus will be regarded the same as if it were on campus.”

Be aware of road closures

As part of the “Fight Supremacy” demonstration, which appears to be the largest counter-protest planned for Saturday, marchers say they will meet at the Reggie Lewis Center in Roxbury at 10 a.m. and then march up Tremont Street to the Common. Expect disruptions along that route. Police say there are plans to close Tremont at around 10:30. Parking in and around the Common will also be prohibited.

The possibility of rain and thunderstorms is forecast for Saturday. Be prepared to get stuck in the Common in the rain.

You may not have thought of this, but in huge crowds like this, it can actually be pretty difficult to move around. We can tell you from experience covering the Women’s March in January that if you don’t pack granola bars and other things to eat, you’ll regret it.

Cell service will be bad

If a lot of people turn out, anticipate that cell service will be weak and it may be difficult to communicate.

The national Lawyers’ Committee for Civil Rights Under Law, and the local chapter, are sharing a “Know Your Rights” guidance.

“White supremacists may have the right to speak,” says Iván Espinoza-Madrigal, executive director of the Lawyers’ Committee in Boston. “But they do not have the right to threaten or intimidate racial, ethnic, linguistic or religious minorities. They do not have a right to promote racial violence. Since the Charlottesville racial violence crisis we have been providing legal support to community-based groups who have expressed serious public safety concerns. We will continue to work with our client communities to defend civil rights and the rule of law.”

Robin Jacks, a fixture of the Occupy Boston movement and veteran demonstrator, offered some advice for protesters traveling to Boston in a Twitter thread. She suggests, among other things, that protesters write the phone numbers of the ACLU (617-482-3170 x100) and National Lawyers’ Guild (617 431 6626) on their bodies in marker in case they need legal help.

A short thread giving advice to leftists and liberals traveling to Boston this weekend to protest fascists:

While you’re here standing up for what you believe in, consider putting your money where your mouth is.

For example, the local Black Lives Matter chapter, which has been soliciting gifts to its Strategic Resistance and Response Fund, has already raised almost $30,000.

Asked what advice they have for protesters, the organizers of Fight Supremacy sent us this a list of causes that that attendees can donate to: The Marsha P. Johnson Institute, the Brooklyn Bail Fund, Black Women Being, the Charlottesville Relief Fund and Black Lives Matter Rapid Response.

They also sent some “rules of engagement for white allies and accomplices”: 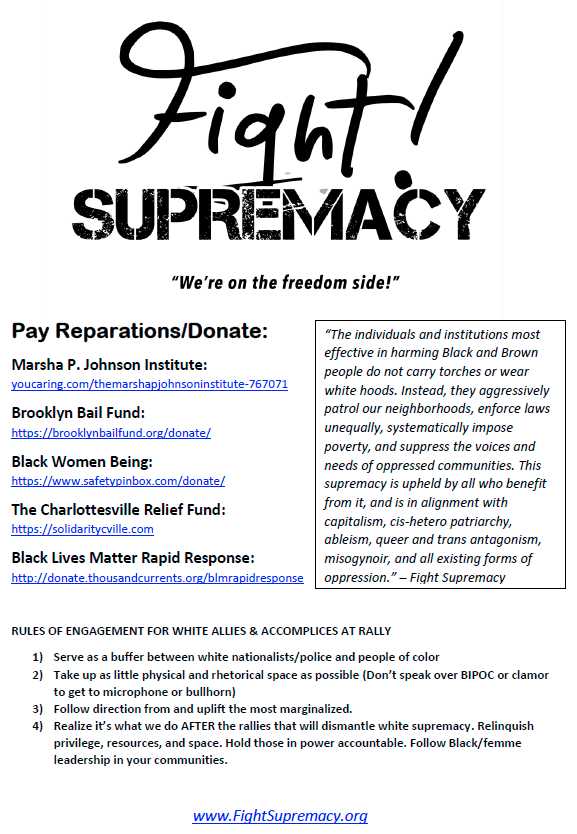