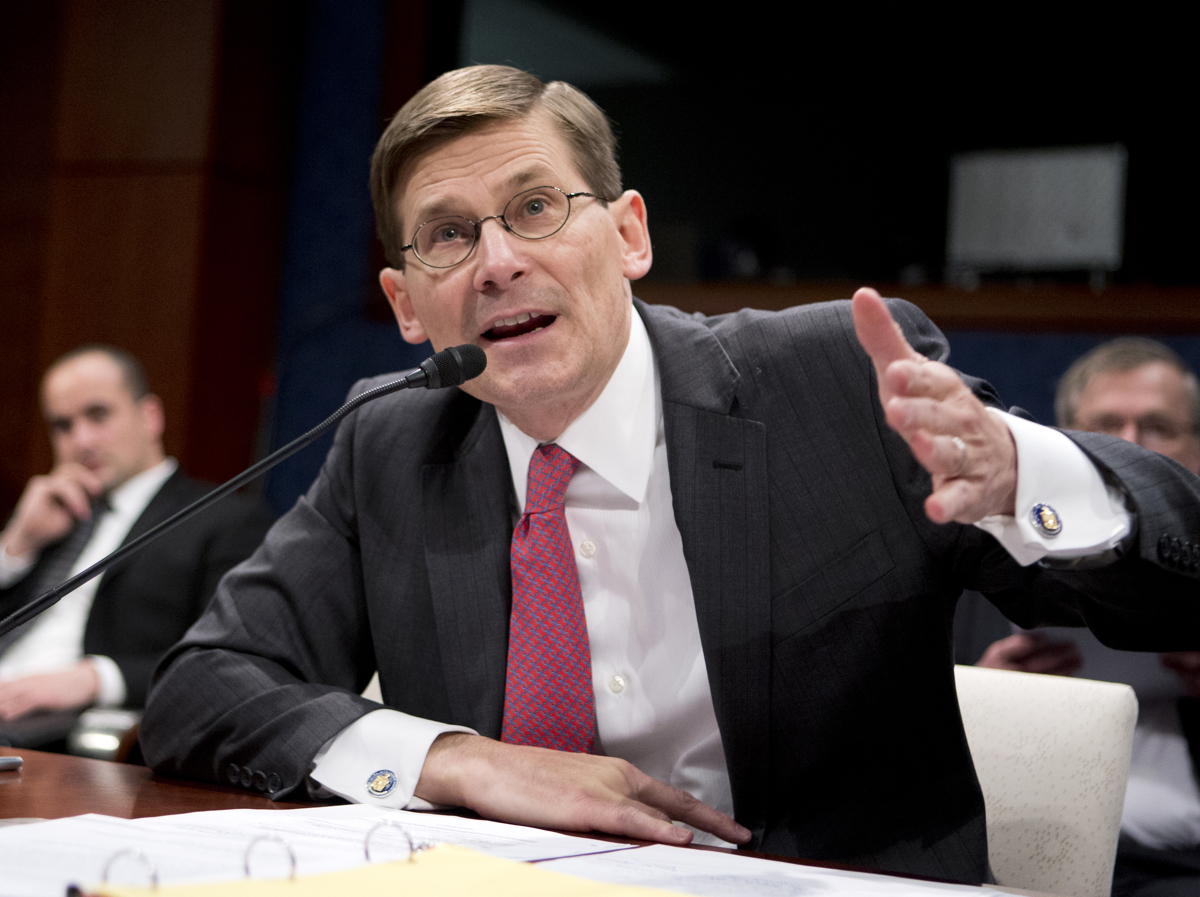 The day after whistleblower Chelsea Manning was named a fellow at the Institute of Politics, CIA Deputy Director Michael Morell has announced he is resigning his post at Harvard in protest.

“Unfortunately, I cannot be part of an organization —The Kennedy School—that honors a convicted felon and leaker of classified information, Ms. Chelsea Manning, by inviting her to be a Visiting Fellow at the Kennedy School’s Institute of Politics,” Morell writes in a letter to Harvard Kennedy School Dean Douglas Elmendorf.

Morell was appointed as a senior fellow at the Kennedy School’s Belfer Center for Science and International Affairs in 2013 after a decades-long career as an analyst in which he twice served as the CIA’s acting director. A spokeswoman for the Kennedy School confirms he has resigned.

Manning was jailed in 2013 after a conviction for leaking thousands of documents to Wikileaks that contained confidential information about the country’s wars in Iraq and Afghanistan and the detention center at Guantanamo Bay. President Obama commuted her 35-year sentence in January. She is among this year’s fellows at the IOP, which is separate from Belfer but also part of the Kennedy School, Harvard announced on Wednesday.

Morell, a prominent defender of drone strikes and torture, writes in his letter that he has an “obligation to my conscience” to resign in protest of her fellowship, which he says might encourage other would-be leakers to follow in her footsteps.

[A]s an institution, the Kennedy School’s Decision will assist Ms. Manning in her long-standing effort to legitimize the criminal path that she took to prominence, an attempt that may encourage others to leak classified information as well. I have an obligation to my conscience —and I believe to the country—to stand up against any efforts to justify leaks of sensitive national security information. For this reason, I have decided to resign my position at Belfer.

Morell notes in his letter that his position has nothing to do with Manning’s identity as a transgender woman, and even goes as far as to say he supports her right to serve in the military (a position notably not held by the White House). He also writes that he supports Harvard’s right to invite her to campus. “But, it is my right, indeed my duty,” he continues, “to argue that the School’s decision is wholly inappropriate and to protest it by resigning from the Kennedy School—in order to make the fundamental point that leaking classified information is disgraceful and damaging to our nation.”