Walsh is heading into the rest of the mayor's race far ahead. 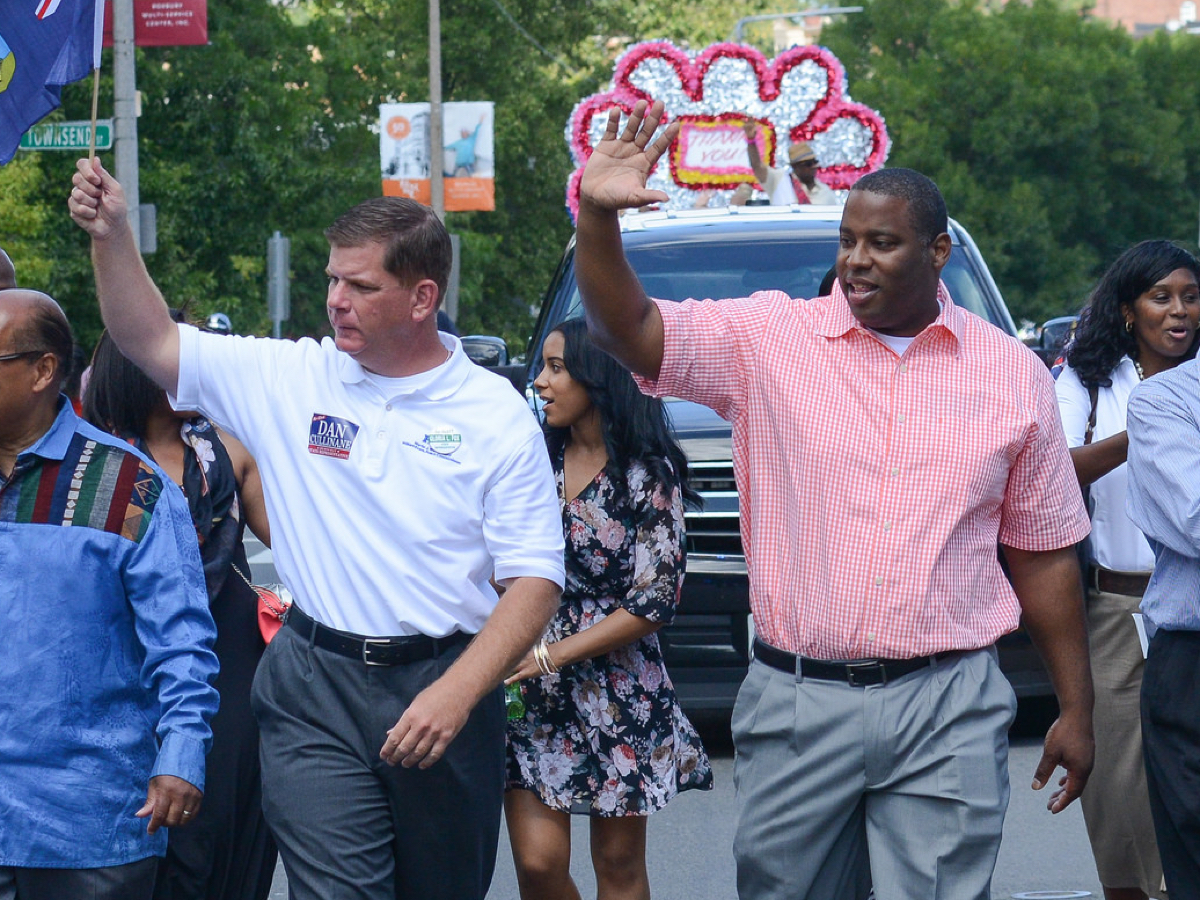 The results from the preliminary round of Boston’s mayoral race are in, and they do not look good for Tito Jackson. The city councilor finished 34 points behind incumbent Mayor Marty Walsh during a low-turnout election in which only 56,000 people, or 14 percent of registered voters, showed up at the polls. Walsh got 63 percent of the vote, while Jackson got 29 percent.

Those numbers confirmed what polling has shown for several months: Jackson has a lot of ground to make up if he wants to win. A poll from June had Jackson 31 points behind Walsh.

Other candidates Robert Cappucci and Joseph Wiley received 7 percent and 1 percent of the vote, respectively.

If he’s discouraged, Jackson isn’t saying so. “All of the people we needed to save us are in this room right now,” he said at an after-party, according to the Boston Globe. “We don’t need corporations to save us, and what was proven today is that people won over power.”

Jackson is the first black mayoral candidate to compete in a general election since 1983. If he wins November 7, he would be Boston’s first-ever black mayor.

So far, he has spent the campaign holding Walsh to account for his record on schools, sounding the alarm about income disparity in the city that he says has kept its lowest-income locked out of much of its successes, and rallying for affordable housing. And he has accused Walsh of getting distracted by big, shiny prizes like the Olympics, an IndyCar race, and of being too willing to fork over taxpayer money to big companies like GE.

Walsh has run on what he considers the accomplishments of his first term, including the Imagine Boston 2030 plan (the first in 50 years), a push on homelessness after the sudden closure of Long Island Bridge, a focus he says has been on addressing violence in Boston’s neighborhoods, and also his recruitment of GE and a boost in jobs. The incumbent mayor also has a heftily stocked war chest that dwarfs Jackson’s many times over.

And he also has two things going for him and working against Jackson. For one, Boston pretty much always re-elects its mayors. An incumbent hasn’t lost an election here since 1949. At the same time, with all eyes on Washington, Walsh has had seemingly endless opportunity to speak for the city against what’s become a unifying cause here: opposition to the administration of Donald Trump.

Amidst all that, Walsh did not agree to participate in a debate with Jackson before the preliminary.

Still, the next round has begun, and anything can happen. It’s not over yet.