It arrested hundreds in "sanctuary cities" around the country, singled out the Commonwealth. 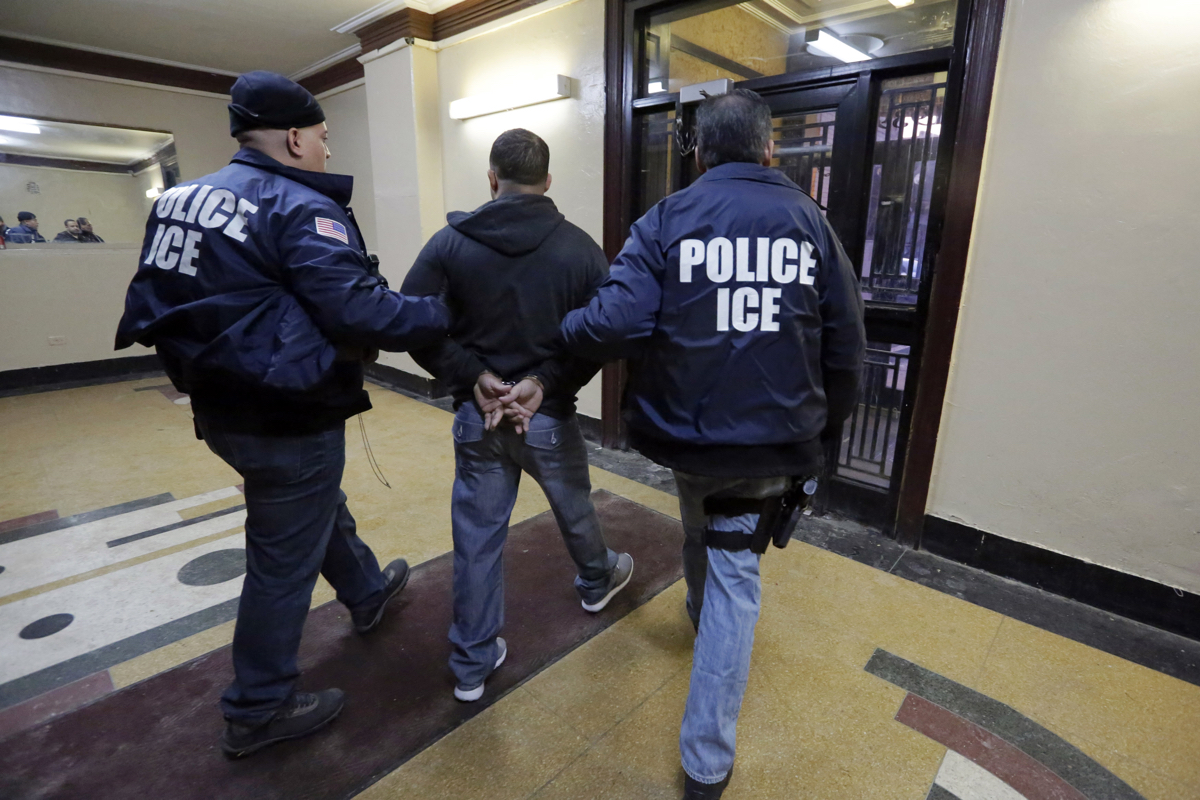 As part of a massive nationwide raid targeting so-called “sanctuary cities,” Immigration and Customs Enforcement (ICE) rounded up 50 immigrants in Massachusetts this week—a major show of force from an administration that pledged to crack down on immigrants and has butted heads with local officials who have declined to help.

The effort, which was dubbed Operation “Safe City” and wrapped up on Wednesday, led to the arrest of 498 undocumented immigrants in cities including Boston that do not cooperate fully with the federal government’s efforts to find and deport people living here illegally. Local police and officials have argued that’s because it’s not a responsible use of resources and that immigration raids actually make communities less safe, as people without legal status feel they can’t report crimes for fear of being arrested themselves and then separated from their families.

ICE did not really mince words in its announcement about the raids. It came after cities with “sanctuary” protections, it said. Massachusetts was the only state it singled out by name.

“Operation ‘Safe City’ focused on cities and regions where ICE deportation officers are denied access to jails and prisons to interview suspected immigration violators or jurisdictions where ICE detainers are not honored,” the announcement says.

ICE focused its attention on immigrants with criminal backgrounds or gang affiliation, it says, and notes that it did not target young immigrants who have protections under the DACA program. According to a chart provided by the agency, 317 of the 498 had been convicted of crimes ranging from rape and assault to drug possession, the largest portion of which were convicted of driving under influence. Eighteen were identified as “gang members or affiliates.”

ICE Acting Director Tom Homan explained its rationale for targeting states like Massachusetts—which contains several locales categorized as “sanctuary cities” but is not a “sanctuary state”—in a statement. “Sanctuary jurisdictions that do not honor detainers or allow us access to jails and prisons are shielding criminal aliens from immigration enforcement and creating a magnet for illegal immigration,” Homan says. “As a result, ICE is forced to dedicate more resources to conduct at-large arrests in these communities. … ICE’s goal is to build cooperative, respectful relationships with our law enforcement partners to help prevent dangerous criminal aliens from being released back onto the streets. Non-cooperation policies severely undermine that effort at the expense of public safety.”

In a news release the agency notes that, in Boston, one person targeted in a raid was an Indian citizen here illegally who was a sex offender convicted of indecent assault. That person was not identified.

Many of the arrested immigrants, including those who had outstanding orders for deportation or re-entered the country after being previously deported, “are subject to immediate removal from the country,” ICE says. The rest will appear before a judge.

Attorney General Jeff Sessions, whose Justice Department oversees ICE, was in Boston last week to tout his office’s efforts to target the gang MS-13, which has a presence in Boston. The gang was founded in the U.S. and its members are largely immigrants from Central America, and it has branches in those countries. It wasn’t clear if this week’s raid netted any MS-13 members.

In July, the Massachusetts Supreme Judicial Court ruled that ICE can’t force police in the state to detain suspected undocumented immigrants without arresting them. In August, Gov. Charlie Baker filed a bill that would allow law enforcement to do so in the case of someone convicted of a violent crime.

Massachusetts’ Lawyers’ Committee for Civil Rights and Economic Justice has condemned the raids and responded Friday with a request under the Freedom of Information Act asking for details about the individuals arrested, including where they were detained what force was used to detain them. The Committee argues that the raids amount to retaliation in response to the SJC ruling. “The federal government is punishing us for following the rule of law,” the group says in a statement. “Using the full force and strength of federal enforcement to punitively target immigrants in Massachusetts is an extreme abuse of power. Raiding our cities and towns is a waste of scarce taxpayer dollars, and creates a climate of fear in vulnerable communities. This enforcement activity makes victims and witnesses of crime less likely to cooperate with law enforcement, and renders us all unsafe.”