The bike share program will have a new name and design after a partnership with Blue Cross Blue Shield. 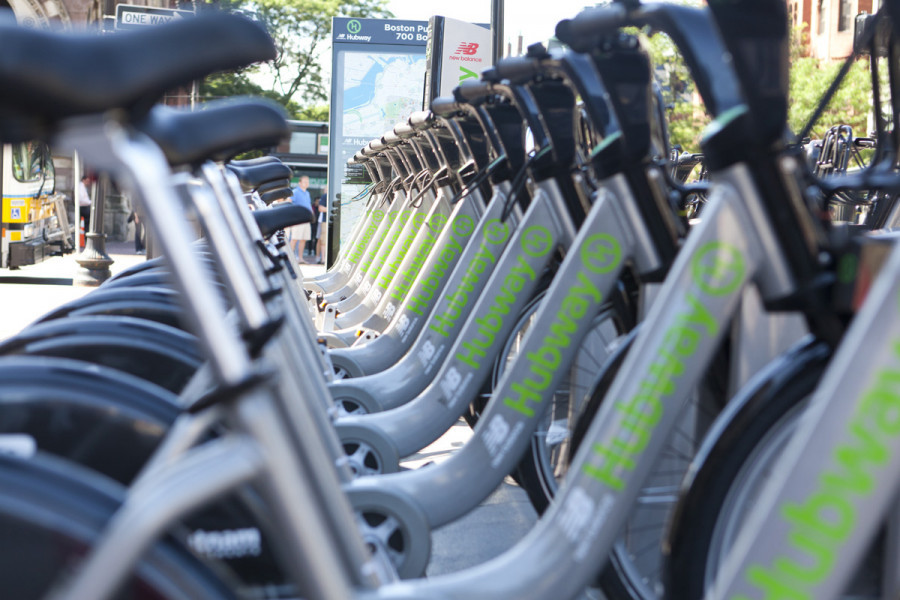 Hubway bikes are getting a makeover, and a new name.

We can expect to see brand-new redesigned bikes and upgraded app features, the Boston-based nonprofit health insurance company says. And we’re about to get a whole lot more of them. Hubway announced that as part of the six-year partnership, more than 100 new stations will be added to the system, and the number of bikes will be increased from about 1,800 to 3,000 by the end of 2019. The transition begins in the spring.

“We’re delighted to partner with Boston, Cambridge, Brookline, and Somerville on the Blue Bikes initiative,” Blue Cross Blue Shield CEO and President Andrew Dreyfus said in a statement. “Not only are we helping to expand bike share access to communities that have long been asking for the program, we’re also living up to our company’s commitment to healthy living and to environmental sustainability. Through this program, we hope to serve as a catalyst empowering our fellow citizens to live healthy, active lives.”

The bikes will continue to be controlled by the four cities where it operates, and they’ll be operated by the same company that did so for Hubway: Motivate International, Inc. Hubway also says users’ experience won’t change. “Members can continue to access Hubway stations even as they turn Blue,” it said in its announcement. “You’ll be able to use your same account, same app, and same key throughout the transition, and everything will seamlessly rollover to Blue Bikes,”

Local officials cheered the news. “I am delighted to welcome Blue Cross Blue Shield as a partner as we further develop our bike share program and I’d like to thank them for helping us to make this resource available to additional Boston residents in their own neighborhoods,” Mayor Marty Walsh said in a statement. Somerville Mayor Joe Curtatone said he was “thankful that this partnership with Blue Cross Blue Shield of Massachusetts will allow us to more than double the number of bike share stations here over the next two years and give more residents a better opportunity to travel throughout Somerville – and beyond – by bike.”

Big news! The @Hubway #bikeshare program in #Boston, #Cambridge, #Brookline & #Somerville will now become #BlueBikes! We’re excited to sponsor bike share access across the city, and grow this new program to over 3K bikes by the end of 2019. Learn more: https://t.co/2R0XFBbvBF