Brad Stevens Named Finalist for NBA Coach of the Year

The Celtics leader is up against Utah Jazz coach Quin Snyder and former Raptors coach Dwane Casey. The award will be decided by a panel of sportswriters. 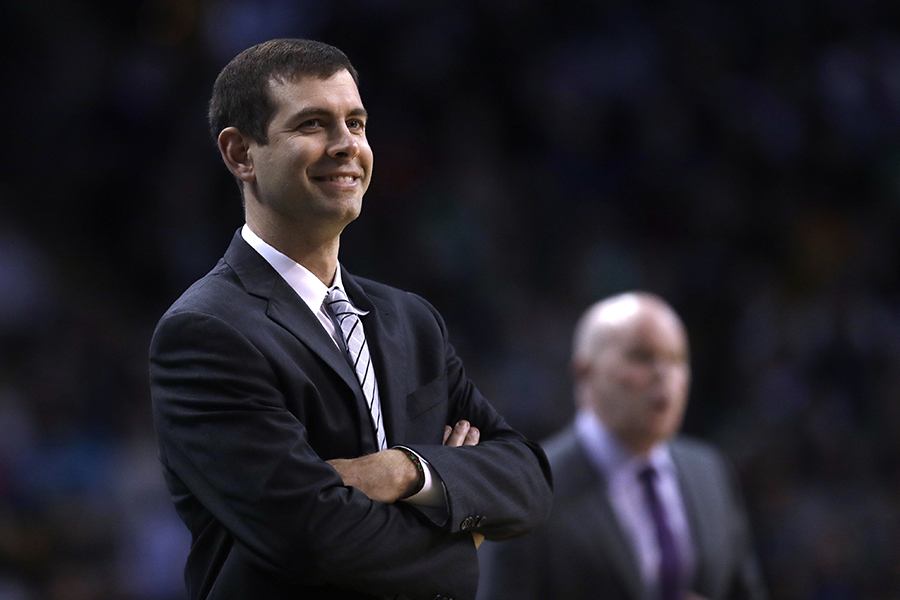 The extremely humble and talented Brad Stevens is getting some well-deserved recognition from a set of basketball writers who clearly know what’s up.

After the Celtics coach was royally snubbed by his peers, the league announced Wednesday night that Stevens is among the three finalists for the NBA’s official Coach of the Year award. The coaches themselves gave the honor to Dwane Casey, the former Raptors leader who was fired after his Toronto squad was swept by the Cleveland Cavaliers and bounced from the playoffs earlier this month. (That’s the same Cleveland Cavaliers who are, of course, down 0-2 in their series against the Celtics.) Casey, along with Utah Jazz coach Quin Snyder, rounds out the trio of finalists for the league’s award.

A panel of journalists will ultimately decide the winner, who will be announced on June 25 during the league’s official awards ceremony. Though Stevens isn’t exactly the uncontested frontrunner to nab the honor, he has put together a remarkable resume this year. Sure, the Celtics were expected to be strong leading up to the season, but the team has managed to cobble together a remarkable playoff run despite being riddled with injuries to key players like Kyrie Irving and Gordon Hayward. Stevens managed to unite a scrappy squad that is pumping the breaks on LeBron James and giving credence to the idea that basketball is still a team sport at the end of the day. The last Celtics coach to earn Coach of the Year honors was Bill Fitch, who snagged the award following the 1979-80 season.

The league also announced that forward Jayson Tatum is among the finalists for the NBA’s Rookie of the Year award. He’s an underdog to win the prize and is up against 76ers guard Ben Simmons and Jazz guard Donovan Mitchell. The good news, of course, is that unlike Simmons and Mitchell, Tatum, who averaged nearly 14 points per game this season, still has a shot at a title ring.