The Truro Shark Attack Survivor Punched That Shark in the Gills

Round of applause for this guy. He's telling the story of how he escaped the jaws of a great white. 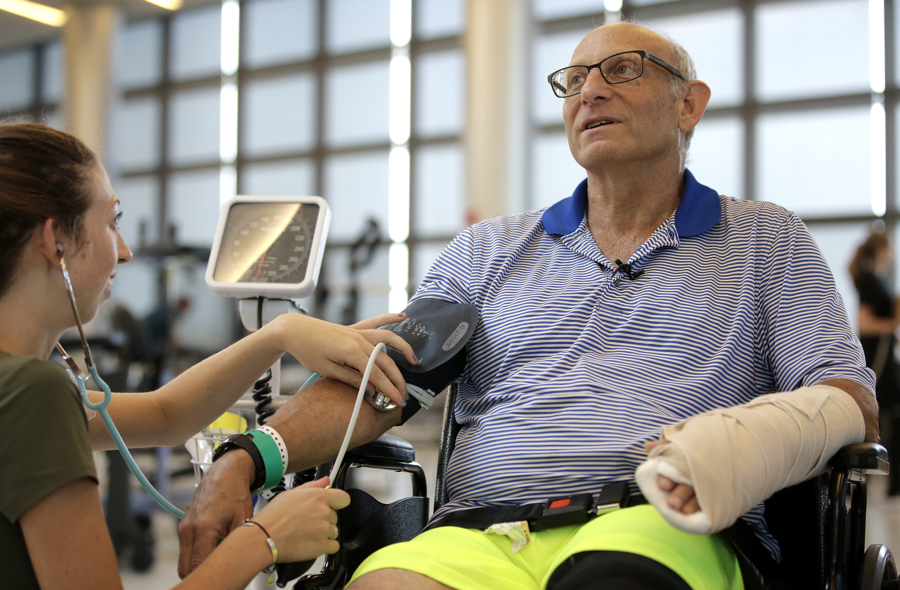 William Lytton, the man who survived a shark attack this summer in Truro, is telling the story of how he escaped the jaws of what is believed to have been a great white.

The answer? He punched that shark in the gills.

Imagine for a second the presence of mind you’d have if one of nature’s most powerful predators had its teeth sunk into your leg and torso. Could you successfully give a 2,000-pound eating machine a haymaker? There’s really no way to know unless you’ve been there, and Lytton, a 61-year-old neurologist from Scarsdale, New York, has been there.

“I initially was terrified, but, really, there was no time to think,’’ he tells the Associated Press in a new interview recounting his ordeal. “‘It doesn’t feel like I did anything heroic. A lot of this was luck.” He says he slammed his left hand into the side of the shark until he was able to break free. He was later airlifted away from the beach.

Lytton is currently recovering from his wounds at the Spaulding Rehabilitation Hospital in Boston, where he will be for another two weeks, according to the AP.

Experts have a few tips for what to do if you end up tangoing with a shark, which include not splashing around in a panic and trying to maintain eye-contact (as sharks prefer ambushes). But contrary to what you might have heard about nailing it in the nose, experts say that approach can be more dangerous than helpful, as doing so puts your limbs dangerously close to its mouth. Instead, they say, go for those gills.

To be clear, this is the one and only scenario in which harming a great white is an acceptable thing to do. The creatures play a vital role in the ocean’s ecosystem, and deserve both our respect and our efforts to preserve them. These kinds of attacks are also incredibly rare, and if we’re cautious enough about watching the waters and paying attention to tools like the Atlantic White Shark Conservancy’s Sharktivity App, it is extremely possible to coexist with sharks on our beaches.

Having said all that, hats off to Lytton for going toe-to-toe with a great white, fighting back, and living to tell the tale.