Rising tides are on the city's mind these days. 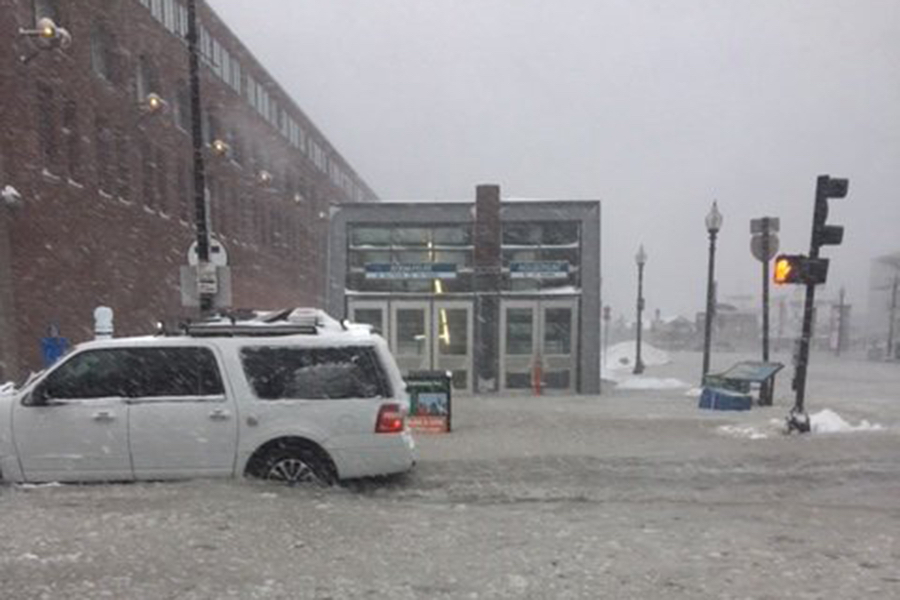 In the wake of some serious coastal flooding in the city this year, Bostonians are overwhelmingly concerned about the impact of climate change on the waterfront in the coming years, a new study has found.

The report, which surveyed 450 Boston residents, found that 85 percent of respondents believed the waterfront was “vulnerable” amid a changing climate, with 42 percent saying they believed it to be “very vulnerable.” The survey comes from The Trustees, a nonprofit that advocates for preservation and conservation initiatives. That includes its One Waterfront plan, which is pushing for more public space, “destination parks,” and investment in “climate resiliency.”

Other results from the study include strong support for more public space, at 71 percent, and in favor of parks as a way to improve water and air quality, at 69 percent.

“This survey demonstrates that Bostonians clearly understand and value open space that benefits climate resilience and support increasing resources to address these challenges,” says Trustees’ President and CEO Barbara Erickson in a statement. “As an organization that protects open space for public access, we are encouraged to see there is such strong public awareness around the health, community, economic, and environmental benefits of open and green space.”

Amid a construction boom that has created stiff competition for waterfront space, the Trustees have some specific goals in their effort to make Boston prioritize space for the public over private development, including building a large new park at a dock in the Seaport and Piers Park III in East Boston.

It should probably come as no surprise that Boston residents are a little concerned about what rising ocean levels will mean for the city. Just this year, we got a taste of the future when a “bomb cyclone” hit, causing ocean water to encroach at frightening levels into the Seaport and other areas. Remember the floating dumpster, or the Eastie kayaker? Apparently, a lot of us do.