Alan Dershowitz Has Some Thoughts on Kavanaugh and Harvard

McCarthyism has reared its ugly head again, he says. 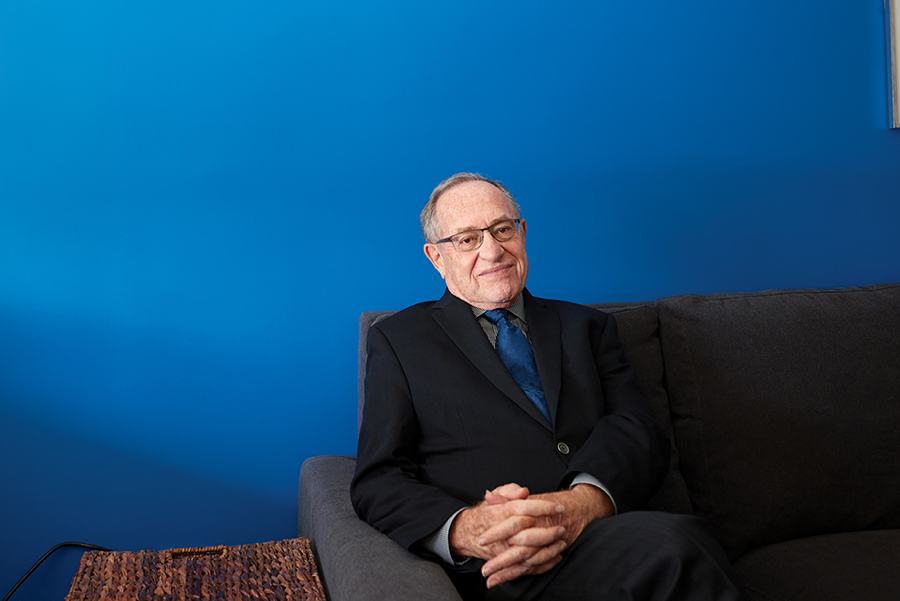 Portrait by Chris Buck for “The World vs. Alan Dershowitz“

Alan Dershowitz has a knack for sniffing out the real injustices plaguing this country right now: the kind leveled against downtrodden people like President of the United States Donald Trump and, of course, himself. So you had better believe that the law professor-turned-guy-who’s-always-on-TV has some thoughts about the way now-Supreme Court Justice Brett Kavanaugh has been treated by Harvard.

Writing in the Boston Globe, Dershowitz says he is very concerned that Kavanaugh, who has just gotten a lifetime appointment to one of the most powerful seats in government, has been spurned by many of his former students, likening their protests against him to “a new form of McCarthyism that is quickly descending on university campuses.”

He is referring, of course, to the demonstrations led by Harvard Law students calling on the school not to welcome Kavanaugh back to campus after he was credibly accused of sexually assaulting a woman in the 1980s, and after stories surfaced of his misogynist yearbook comments and drunken exploits as a young man. Following calls to bar him from continuing to teach at the school, Harvard announced last week that Kavanaugh would not return to lead a course on the Supreme Court scheduled for January. Earlier, students had reportedly cheered at the prospect of the judge never teaching again.

Per Harvard, the decision to cancel the course was Kavanaugh’s. But students had clearly succeeded in their efforts to run him out of Cambridge, Dershowitz says, and this cannot stand. “There cannot be ad hoc decisions based on mob-rule and political correctness demands of the day,” he writes, adding, “[A]s there are students, no matter how few, who wish to learn from [Kavanaugh], they should be accorded the opportunity to do so, regardless of [what] other students might think.”

The self-described “liberal Democrat” says he does not know Kavanaugh, and wouldn’t have picked him for the Supreme Court, but knows a troubling state of affairs when he sees one. First they came for the Martha’s Vineyard summerers, and I said nothing, and so on.

When will the injustice end?

Update: Alan Dershowitz has reached out to us with a response: “I will continue to press for a single standard of Justice and due process for everyone, as I did for Bill and Hillary Clinton and as I do for the numerous people and causes I represent pro bono. I will not be deterred by the cynical mocking of those who do nothing for anyone.”