Prepare to be snowed in. 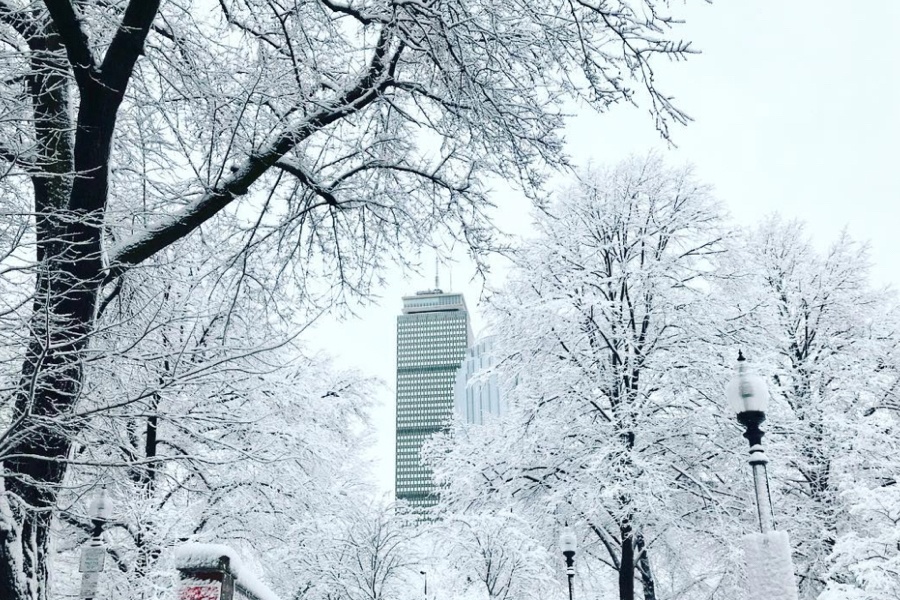 It’s happening. Boston is bracing for its first major snow storm this week, set to arrive on Saturday and continue into Sunday. While some of what’s to come is a little uncertain—how much is sleet versus the fluffy stuff—one thing is clear: We should all get ready to stay put.

“Basically anybody who wants to get anything done, they should do today,” Alan Dunham, meteorologist at the National Weather Service in Norton, tells me.

The forecast is calling for something like 8-10 inches of snow for Boston, arriving in the late afternoon to early evening on Saturday. A winter storm warning for the northern part of the state kicks in at 4 p.m. on Saturday through 7 p.m. on Sunday.

Overnight and into Sunday, warmer sections of the storm could interrupt the snowfall  with bouts of freezing rain and sleet.

“It will be going from one to the other and back and forth,” Dunham says. “Highs will sneak up to the lower 30’s before a cold from comes crashing in.” Forecasters says temperatures could plummet to lows between 5-10 degrees, with highs on Monday around 10 degrees.

Snow totals are shaping up to be higher further north in New England, where more than 18 inches could fall over the weekend.

1st Major Winter Storm of the season on the way this weekend… Snow arrives 6-9pm Saturday but gets heavy midnight-6am. Then, warmer air wrapping into storm from S to N will bring a change to sleet with freezing rain & rain for SE MA. Highest total N&W of #Boston More on #WCVB pic.twitter.com/ofgtxtzuH7

A coastal flood warning has been issued for Sunday morning as high tide comes in around 10 a.m.

Before all that, though, Saturday morning is shaping up to be chilly but have clear skies—which may be good news for anyone with plans early on, including demonstrators in Saturday’s Women’s March, set to kick off around 10 a.m.

The MBTA is also getting its plan in place. Commuter Rail operator Keolis says it plans to deploy 350 workers to its stops to keep stations cleared of snow and ice. CEO David Scorey says in a statement that his team is “closely monitoring the forecast, particularly the rain-snow line, to properly deploy our resources for our passengers,” adding that anyone planning on riding the trains should “leave extra time to get to stations, use caution on platforms and when boarding trains, and stay connected for service updates at www.MBTA.com/winter.”

This story has been updated as of Friday afternoon with new information from the National Weather Service.