GE Is Selling its Headquarters and Giving Us Our Money Back

The company says it will return $87 million it got from the state. 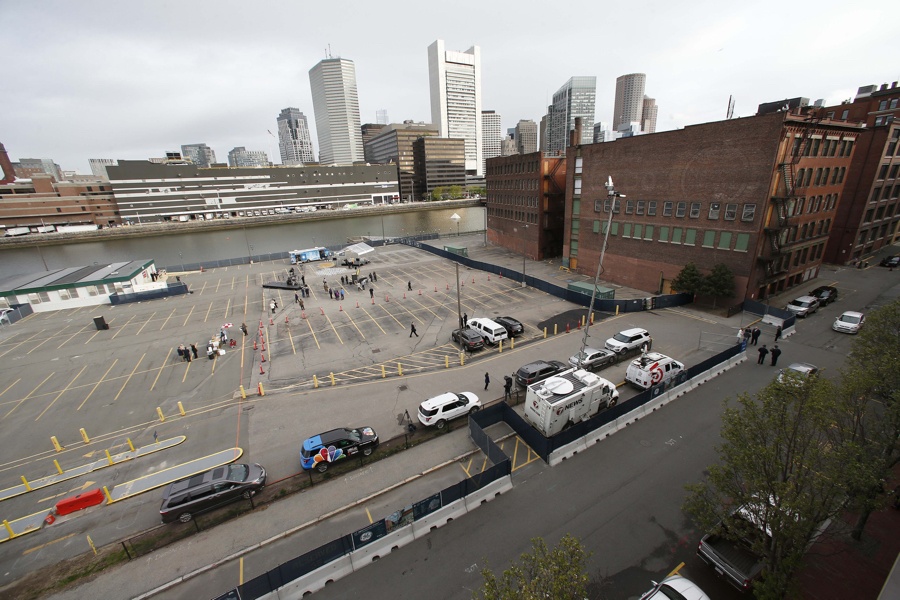 The Boston skyline forms a backdrop at the site of General Electric’s new headquarters prior to a groundbreaking ceremony, Monday, May 8, 2017, in Boston. (AP Photo/Michael Dwyer)

Funny how things can change in just a few short years. Back in 2016, when Boston signed a deal with GE gifting it millions in tax breaks and incentives to move here, the company said it would create 800 jobs and add a gleaming landmark to the Fort Point skyline. Of course, we now know, fate had other plans for General Electric. And now, we just learned, GE is giving us our money back.

On Thursday, GE and the quasi-public agency MassDevelopment announced they reached a deal to return $87 million in state money that had been used to prep for the new headquarters. The funds will come from the sale of two renovated Necco warehouses and a separate parcel of land along the Fort Point Channel, which was supposed to become the extremely visible new home for the corporation.

GE has now scrapped plans for a boldly designed 12-story building—an “iconic location” with a logo you could see “from space”—and will instead settle for moving its top brass and around 250 employees to space inside the Necco buildings.  The city will also no longer have to pay $25 million in property tax incentives to the company.

GE will keep other commitments, including its promised $50 million in support for charitable causes in the Boston area. The Boston Business Journal reports a renovation of the Harborwalk that is almost done will be completed, and the same goes for a refurbishment of a walking bridge over Summer Street. But a signature big plan for GE has bitten the proverbial dust, a decision that comes as its stock has tumbled and new CEO Larry Culp has worked to aggressively cut costs and shrink the troubled behemoth.

“We are looking forward to moving into our permanent headquarters space in the refurbished Necco brick buildings later this year,” Ann Klee, a GE vice president, said in a statement. “While changes in the company’s portfolio and operating model will lead to a smaller corporate headquarters, we are fully committed to Boston and proud to call it home.”

The announcement was met with celebration from critics of the GE incentive package, who have urged city officials not to offer big giveaways to major corporations, based on promises that may never be kept. With Amazon potentially back on the market for another HQ2, maybe this is time to reflect on whether we need to pay people to like us at all.

Glad to see the public dollars we gave to GE returned to the public. Evidence is that gov’ts are really bad at picking stocks! Much smarter to invest in public goods like schools and parks. https://t.co/IAgLwccMr7

HUGE NEWS: the $GE deal is over! And they’re paying. We told @marty_walsh and @MassGovernor this was a bad deal. We were right.#MadeGEpay https://t.co/SMgoI3ET8o