The MBTA Is Getting Cleaner and Brighter 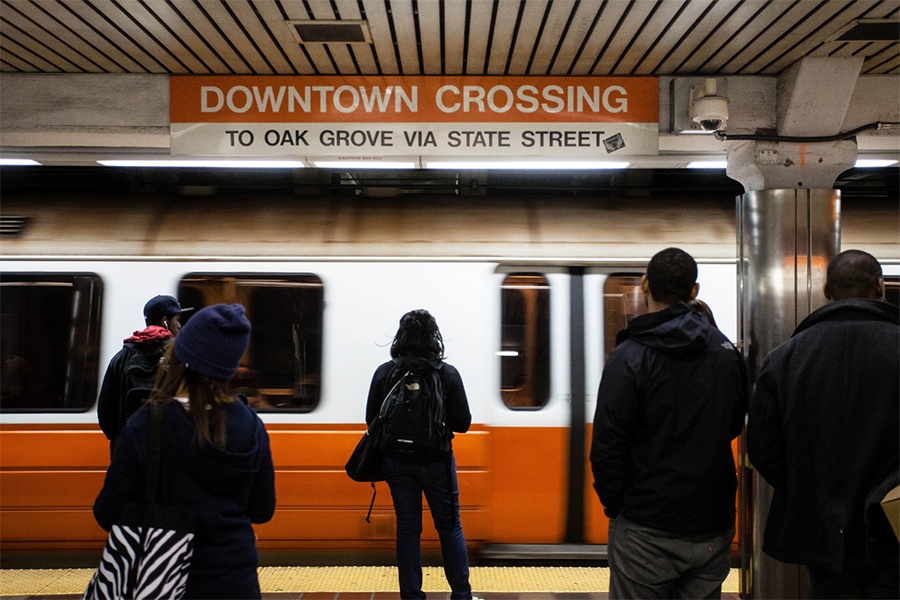 Your commute could be getting a little cleaner and a little brighter starting in April.

The MBTA announced a six-month, $25 million refresh project for some of its busiest stations Monday. The project will start with hubs like Downtown Crossing, Back Bay, JFK/UMass, and Dudley Station.

The work is scheduled to be done outside of peak hours to avoid showering commuters with power washed grime. Midday riders, keep an eye out.

No stations will be shut down completely for the cleaning, but sections and certain platforms will be off-limits for riders while each section gets its makeover.

The @MBTA will begin a $25 million dollar "spring brightening" project on April 1st. The mission is to clean up things like this in order to bring passengers a better experience. pic.twitter.com/XZ9vLD1BUq

Besides a much-needed hosing, the stations will also get painted and plastered (not that way), have their leaks, signs, and electrical problems fixed and lighting “boosted.” The MBTA hopes the cleaning will also help clear out some of the T’s signature scent. Unfortunately, the cleaning doesn’t include the interiors of the cars.

MBTA Deputy General Manager Jeffrey Gonneville calls this extended spring cleaning session a “short-term blitz,” an effort to appease T riders who are frustrated with the recent increase in fare without increasing quality to match.

Gonneville also has a $65 million station overhaul project in the works, which would completely revamp the T’s grimiest and most outdated stations (here’s looking at you, Park Street).

The MBTA also announced Monday that the debut of the new Orange Line trains, scheduled for this month, is being pushed to the summer. Apparent software problems on the new cars caused the delay, although 10 cars of the eventual 152 are already out in the wild, getting used to city life on occasional test runs.

The rollout had already been delayed once before, from winter to spring. However, according to Gonneville, the plan to have all of the new fleet carting people around Boston by December 2021 is still on track.