Trump on Monday reiterated a plan to ship undocumented immigrants to cities like Boston. 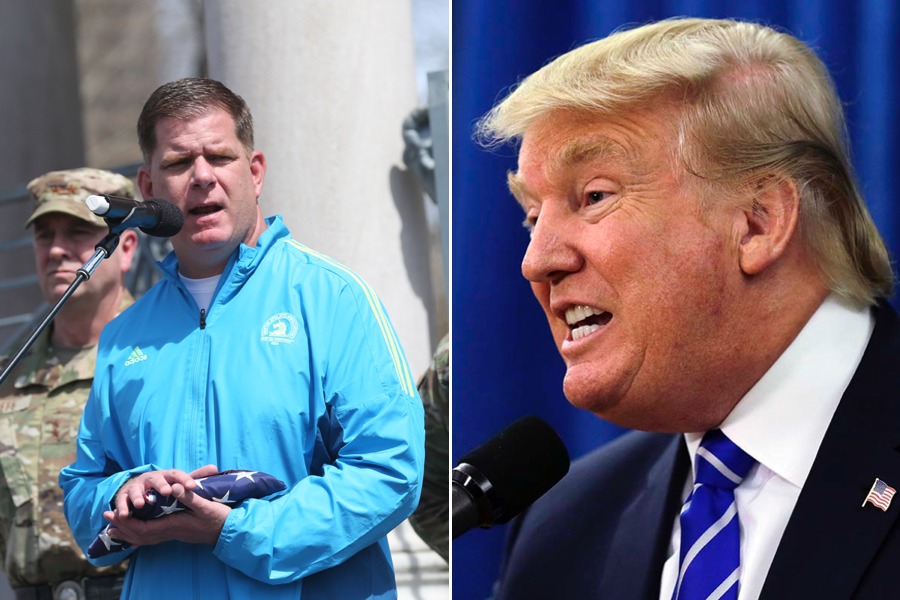 President Trump’s idea to ship thousands of detained immigrants from the Mexican border into “sanctuary cities” like Boston, apparently out of spite, has been called unfeasible, nonsensical, and illegal.

In an interview with WGBH News, the mayor responded to the scheme, which the president has continued to insist he’ll be carrying out soon. In a tweet Monday, the president wrote that immigrants from overburdened detention centers “will be, subject to Homeland Security Security, given to Sanctuary Cities and States!”

Those Illegal Immigrants who can no longer be legally held (Congress must fix the laws and loopholes) will be, subject to Homeland Security, given to Sanctuary Cities and States!

Walsh dismissed the idea, saying the president “comes up with crazy ways” to manipulate press coverage by making outlandish statements.

“The thing that bothers me is that there’s really still no conversation around immigration reform in this country,” he said in the interview. “That’s the problem, I mean somebody is going to have to address that someday to really think about how we move forward here.”

Sanctuary cities are locales with policies that limit cooperation with immigration authorities on deportations. Trump has not singled out Boston, but the city in 2014 enacted a so-called “Trust Act” designed to keep local police from helping ICE round up unauthorized immigrants who are arrested for other crimes.

The mayor has sparred with Trump over immigration before, including when the president announced after his inauguration a plan to cut federal funding for sanctuary cities, which has been blocked in the courts. Walsh famously said he’d “use City Hall itself to shelter and protect” Boston immigrants if Trump’s policies put them at risk. The city’s commitment to the concept has come under scrutiny from City Councilors and immigration advocates over the Boston Police Department’s role in the controversial deportation of a construction worker.

It’s not clear what Trump hopes his plan might accomplish, or how it would be done. Some city leaders have condemned the idea as cruel (“These are people, not pawns, Mr. President,” said Los Angeles Mayor Eric Garcetti). Others have called his bluff.

“Fine by me,” Somerville Mayor Joe Curtatone wrote in a tweet late last week, calling the plan “just some doofus gotcha attempt by Trump that wouldn’t work at its most basic level.”

One more addition, in order to send people to sanctuary cities, they’d have to be granted asylum, at which point they can live wherever they wish. This is just some doofus gotcha attempt by Trump that wouldn’t work at its most basic level. https://t.co/G2FmmhGqMi