He reportedly showed the jewelry to officers who pulled him over near the Orchids of Asia Day Spa. 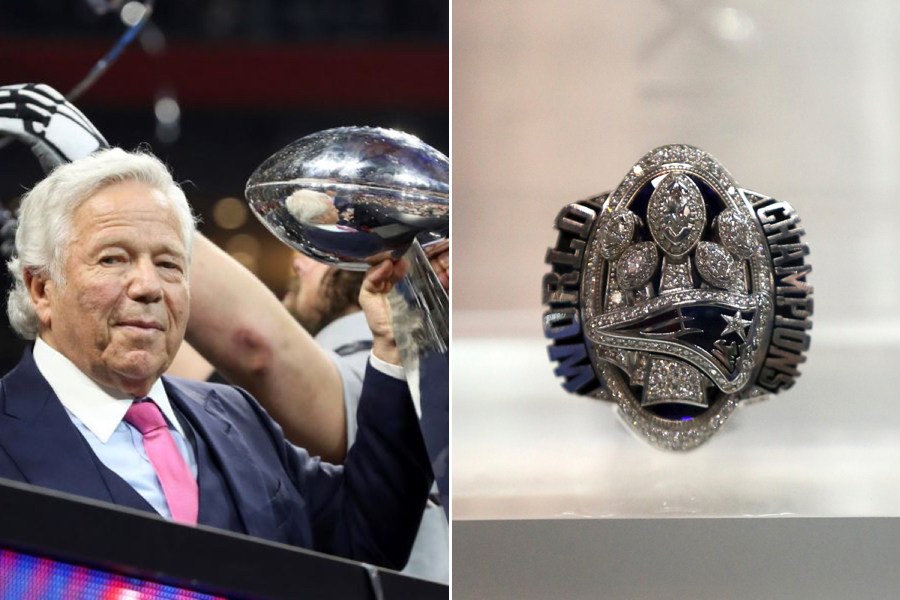 The police who pulled Robert Kraft over after the Patriots owner was driven away from the Orchids of Asia Day Spa in Florida didn’t recognize him. So he chatted them up, filled them in on who he was, and flashed his Super Bowl ring.

That’s according to court documents that emerged as part of the case that alleges Kraft paid for and received sex acts inside the spa just before the AFC Championship game in January. He has pleaded not guilty to two solicitation charges.

Kraft’s legal team is currently embroiled in a fight over video footage that police say shows him engaging in the illegal acts. Media outlets want it released, while Kraft wants it sealed—assuming it hasn’t leaked already. A judge ruled Tuesday that it will be kept under wraps until the case is decided, but a hearing scheduled for Friday will determine whether prosecutors can use the video as evidence. His lawyers have argued that the investigation into the day spa was conducted illegally.

Police say the flashing of the ring came during a traffic stop, during which they described Kraft as “very polite and respectful,” according to the Boston Globe. He also reportedly asked an officer “if he was a Dolphins fan,” before he informed them that “he was the owner of the Patriots . . . and showed his Super Bowl ring.”