ICE Does Not Belong in Courtrooms, DAs Say in New Lawsuit 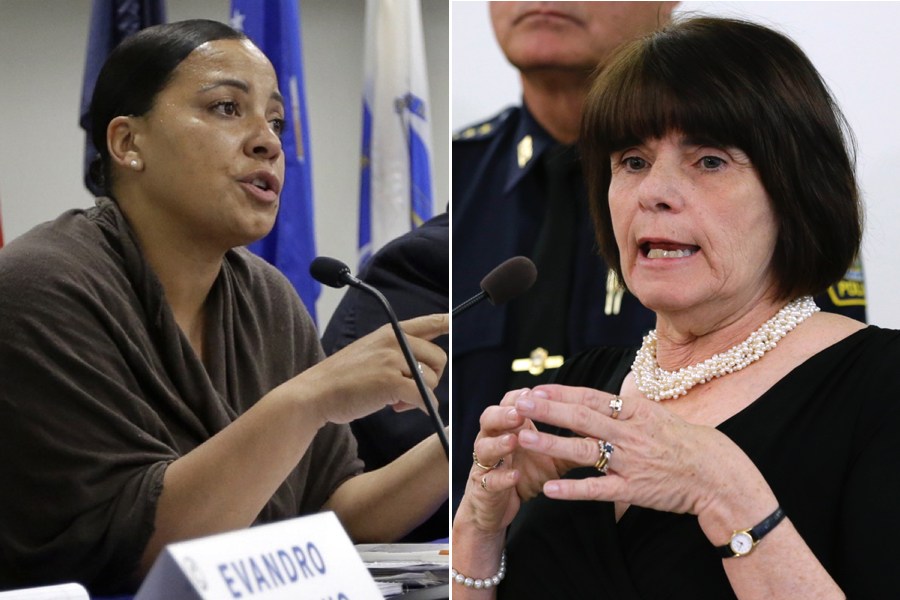 In what will be an unprecedented immigration battle between local and federal officials, two Massachusetts district attorneys are filing a lawsuit to keep ICE agents out of state courts.

Massachusetts District Attorneys Rachael Rollins and Marian Ryan announced Monday that they’re teaming up in a bid to prevent Immigration and Customs Enforcement from arresting undocumented people who show up for court dates. The officials, as well as immigration groups, say ICE’s presence at courts discourages undocumented residents from participating in the justice system.

“ICE’s policy is undermining the work of the justice system as a whole,” Ryan’s office said in a statement to CommonWealth magazine. “Prosecutors are forced to abandon cases because many victims and witnesses are deterred from appearing in court. The policy also makes it more difficult to obtain defendants’ appearance in court. Today, we are filing a lawsuit to stop ICE’s courthouses arrests.”

Rollins’ and Ryan’s suit will argue the federal government is overstepping by disrupting local courts, in violation of the 10th Amendment.

In an email, Ivan Espinosza-Madrigal, of Lawyers for Civil Rights, said this was the “first lawsuit of its kind in the country.”

The move comes after the U.S. Attorney’s office announced a federal indictment against Newton judge Shelley M. Richmond, who is accused of helped an undocumented man escape from court to evade an ICE agent who had shown up to arrest him. Attorney General Maura Healey condemned the indictment, calling it a “politically motivated attack on our state and the independence of our courts.” But Rollins and Ryan say this plan has been long in the making and is not related to the Newton case.

The district attorneys were expected to elaborate on their plan at a late morning press conference. They’re collaborating with the groups Lawyers for Civil Rights, the Committee for Public Counsel Service, and the Chelsea Collaborative.

“These actions do nothing to further public safety or the rule of law” @DARollins on federal lawsuit to stop @ICEgov arrests in courthouses pic.twitter.com/vFEDw4XvuJ

“We seek an injunction directing ICE to cease making arrests of those who – every single day when the courts of the Commonwealth open – come to the court seeking help” – Middlesex County DA Marian Ryan on today’s announcement of lawsuit against ICE with Suffolk County DA Rollins pic.twitter.com/NcHTt4vQf3