A constituent who happened to be at the same hotel snapped a shirtless pic of Fall River's mayor playing cards by the pool. 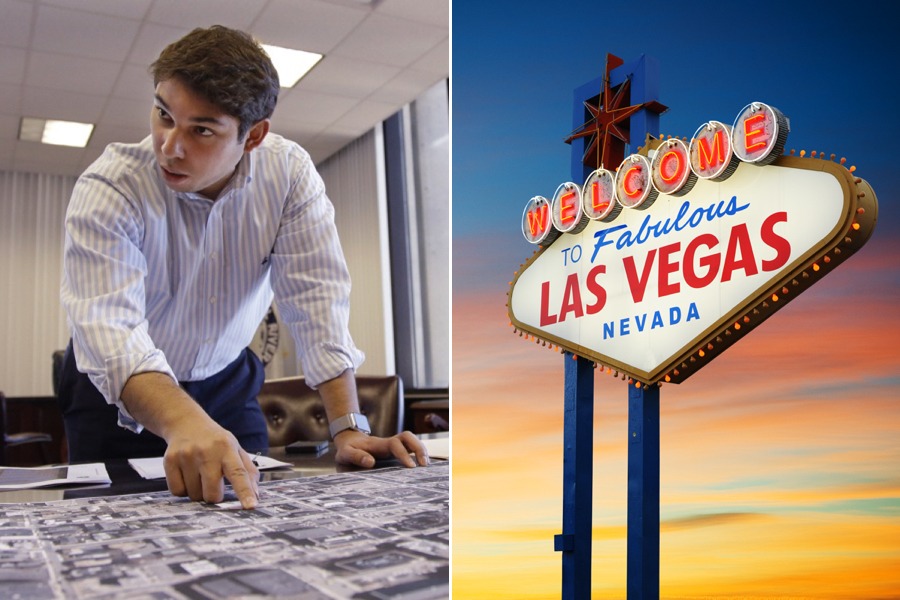 Look, sometimes luck is just not on your side in Las Vegas. But this is really unlucky.

Embattled Fall River Mayor Jasiel Correia is coming under scrutiny this week after word got out about a recent trip to Nevada that he appears to have forgotten to mention to other officials in the city. It’s possible no one would ever have known about the vacation, were it not for an eagle-eyed Fall River resident who spotted him at a Caesar’s Palace pool and snapped a pic.

The photo emerged in the Fall River Herald News Tuesday of Correia, shirtless, playing cards by a pool. The paper did not identify who sent them the pic, but said its source was “a local resident who was staying at the same casino and recognized Correia.”

City Councilors reportedly did not know he was gone, and had begun wondering where he was. While not legally required to disclose when they’ll be out of town, mayors generally let other officials know when they’ll be on the other side of the country.

“Fall River Mayor Jasiel Correia, second from left, plays cards poolside at the Caesar’s Palace casino in Las Vegas. The photograph was taken by a Fall River resident who was staying at the same casino and recognized Correia.” https://t.co/36BKwlXaDr

Correia, as you might remember, is under federal indictment for allegedly defrauding investors in his startup company, and using the funds to pay for a Mercedes, trips to casinos, and “adult entertainment.” Correia denies the allegations and has pleaded not guilty to wire and tax fraud. He has also managed to remain mayor of the city in spite of them. Earlier this year, he pulled off the remarkable feat of being recalled by voters, then re-elected, in the same election.

Meanwhile at Fall River City Hall, the Herald News reports the city is facing a May 15 deadline to complete its budget.

In the midst of all this, Correia decided to quietly blow off some steam over a long weekend in Sin City—ideally, one can imagine, without anyone giving him a hard time about it. Then fate intervened.