Have You Seen the Video of the Guy Asleep at the Wheel of a Tesla on the Mass Pike Yet?

Exhibit A that we are not ready for self-driving cars right here. 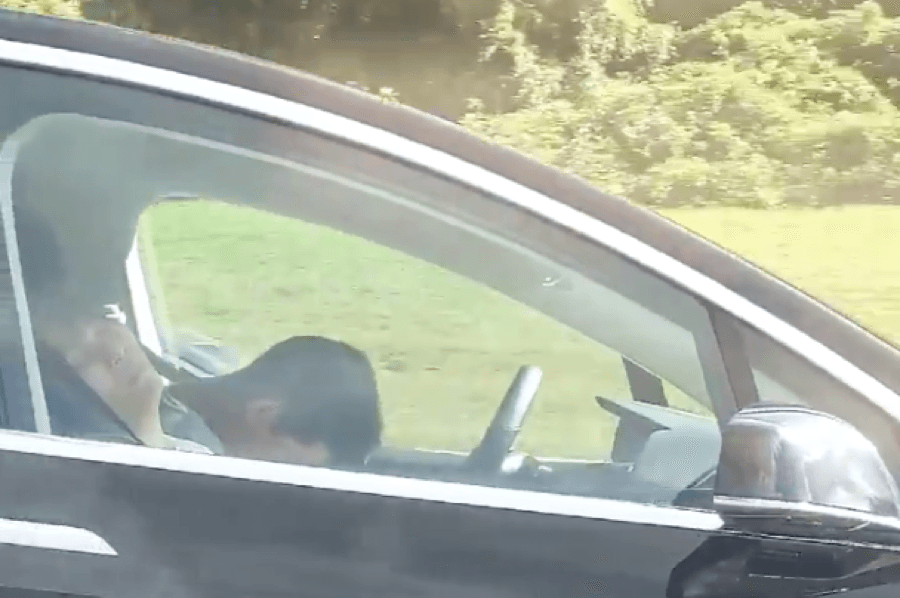 Well this does not look good!

A terrifying video captured this weekend appears to show a man asleep behind the wheel of a car, identified as a Tesla operating on autopilot, on exactly the last place you would want to see such a thing: The Mass freaking Pike.

In the nearly 30-second clip, posted by Twitter user and NESN content producer Dakota Randall on Sunday, a man can be seen with his head bent forward in the driver’s seat as a dark-colored vehicle travels with the quick-moving traffic on the busy highway. He looks to be fast asleep, as does a woman in the passenger seat.

Randall says on Twitter, where he posted the video, that he filmed it in Newton at around 3 p.m. on Sunday near the highway’s exit 17. He tells WHDH that he witnessed the clearly unconscious man at the helm of the car for about a minute, and that he honked his horn, but was not able to make him come to.

Massachusetts State Police are aware of the video but have not been able to identify the driver, a spokesman says.

Tesla vehicles come equipped with an autopilot feature, which the carmaker says on its website is “an advanced driver assistance system that enhances safety and convenience behind the wheel.” It’s designed to keep pace with the flow of traffic and can suggest and make lane changes, but—and this should be obvious—Tesla cautions that the feature is “intended for use with a fully attentive driver, who has their hands on the wheel and is prepared to take over at any time.”

In an emailed statement Tuesday, a spokesperson for Tesla suggested the video may be part of what the carmaker described as “dangerous pranks or hoaxes” involving drivers of its semi-autonomous vehicles pretending to be asleep at the wheel:

Many of these videos appear to be dangerous pranks or hoaxes. Our driver-monitoring system repeatedly reminds drivers to remain engaged and prohibits the use of Autopilot when warnings are ignored. At highway speeds, drivers typically receive warnings every 30 seconds or less if their hands aren’t detected on the wheel. Tesla owners have driven billions of miles using Autopilot, and data from our quarterly Vehicle Safety Report indicates that drivers using Autopilot experience fewer accidents than those operating without assistance.

Randall says if it was a hoax, he didn’t know about it, describing his video as legitimate. “Maybe the people in the car were faking being asleep, but I’m sceptical,” he tells the UK-based Telegraph.

Tesla CEO Elon Musk has also retweeted a video from the account @tesla_truth, which demonstrates the alert system in action.

Tesla AutoPilot does not allow drivers to sleep behind the wheel

If the driver does not respond to attention prompts, the car will play a sound to try and get their attention /wake them up

If they still don’t respond the car will automatically slow down and pull over @elonmusk pic.twitter.com/q5PA9gzTgF