What’s the Most “Boston” Thing That Happened This Decade?

As it turns out, Boston will not host the 2024 Summer Olympics. 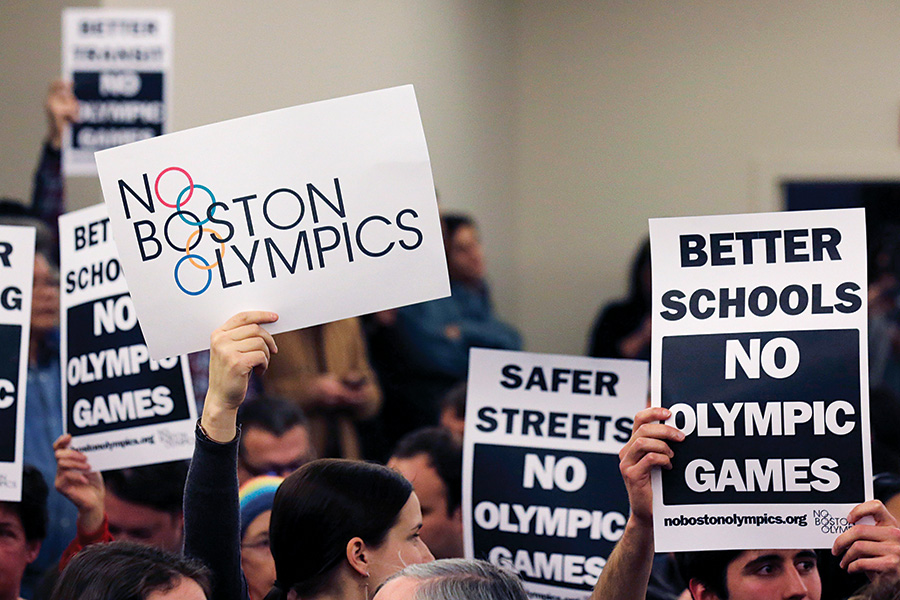 Now that we’ve broken into a new decade, it’s hard not to feel just a little nostalgic. So I have to ask: What’s the most Bostonian thing that happened over the past 10 years, and what’s the least? —M.C., Somerville

I guess I’m not getting any younger, M.C., because I barely remember what happened last week, let alone over the past decade. So I had to take an extensive hyperlink trip down memory lane to answer your question. At the outset, I decided to reject any headlines featuring Bahstun accents, the firm of Damon & Affleck, or TB12, and instead looked at moments that most reflected how the city works. What I found were two events that were both the least Bostonian in conception and the most Bostonian in outcome.

Let’s start with the least: Back in 2015 and 2016, we were poised to host two of the most glamorous sports extravaganzas in the world, the 2024 Summer Olympics and the Grand Prix of Boston. The first event would have welcomed the world to the Hub and reshaped our infrastructure for generations. The second was going to bring the stylish speed of IndyCar to the Seaport. You could almost smell the motor oil and the money down by the docks. Boston: It’s the new Monaco!

But then the most Bostonian thing of the decade happened: Just when we had the chance to say yes to glorious excess, we decided instead to stroke our chins and say no. The Olympic bid lasted from January to July of 2015 before it was abandoned. Concerns over the Games’ likely effects on traffic, income inequality, and public debt resulted in the commoners organizing and overthrowing the interests of Boston’s power elite. Meanwhile, the Grand Prix suffered an ignominiously typical fate: Scheduled for Labor Day weekend in 2016, it faced months of NIMBY backlash about noise and pollution. By April of that year, race organizers abruptly canceled the event and later went bankrupt, leaving investors high and dry. IndyCar soon won $3.9 million in damages from the race organizer, who then turned around and filed a $15.5 million lawsuit against the city for allegedly delaying permits. Boston: It’s the old Boston!

In the end, both ideas were deliciously incongruent with the city’s image of itself and fell apart in the most predictably bitter of recriminations. But the Olympic bid takes the gold for Most Bostonian Punch Line: Its old URL, 2024boston.org, is now occupied by a mysterious dumpster-rental company. Whether it’s a surreal twist of fate or an elaborate prank, it’s funny in the most Masshole kind of way.