The representative is ramping up his Senate campaign against Ed Markey. 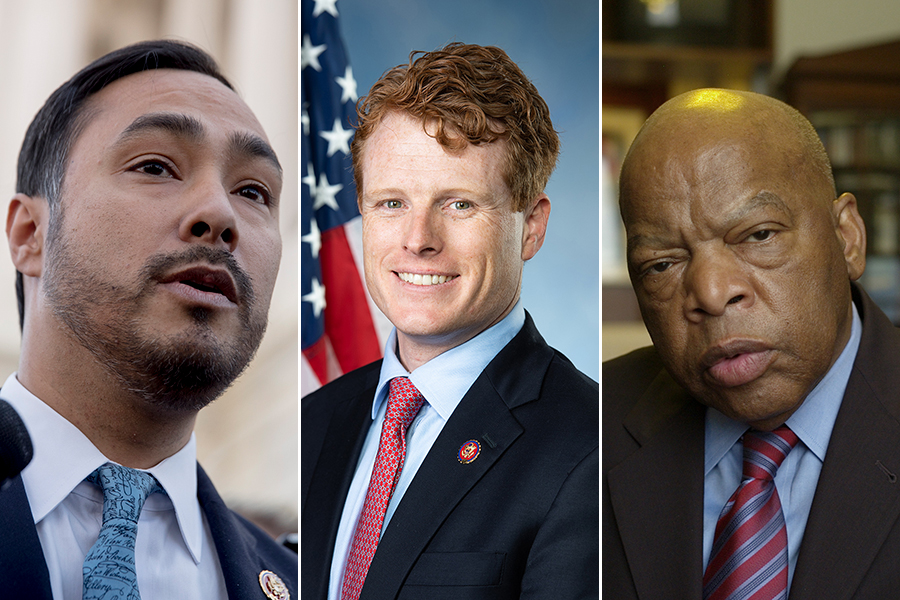 To kick off 2020, Joe Kennedy is ramping up his campaign to unseat incumbent Senator Ed Markey—and today, the 4th district rep’s campaign shared a long list of formal endorsements for the candidate from prominent House Democrats.

The endorsements, from a wide range of Kennedy’s colleagues, cite his strong stances on health care, civil rights, immigration reform and other critical issues. The biggest name on the list? Georgia congressman and civil rights legend John Lewis.

“In the years that I have known Joe Kennedy I have seen him stand up and fight—time and again—for the suffering, the struggling and the silenced,” Lewis said in a statement. “At a moment of profound national crisis, Joe offers our country the kind of powerful moral leadership it needs. He is a clear voice for justice and dignity in our rising generation of public servants. I am proud to endorse his run for the U.S. Senate.”

Also on the list was co-chair of the Congressional Progressive Caucus, Congressman Mark Pocan, and the Caucus’s chair emeriti, Congressman Raul Grijalva.

“For as long as I have known him, Congressman Kennedy has been fighting to dismantle the stubborn, structural inequities that leave too many Americans behind,” said Pocan (WI-2). “As a proud, progressive voice in Washington, Joe has been a tireless champion for social and economic justice. From fighting for mental health parity, to protecting the rights of transgender Americans and advocating for a more inclusive economy, Joe offers the moral clarity and energized leadership that our country and party need today more than ever before.”

“I’m proud today to endorse my good friend, Joe Kennedy, for the U.S. Senate. In the House, Joe has been an unflinching ally in the struggle for full LGBTQ equality,” Cicilline said. “I’ve seen his commitment to justice and equality firsthand in his strong and passionate leadership of the Trans Equality Task Force and his critical support of the Equality Act. Joe Kennedy has been a serious legislator and has never stopped fighting for the people of Massachusetts by working to raise wages for working families, lower health care costs, and taking on Donald Trump’s corrupt administration. He will be an outstanding United States Senator.”

“Joe Kennedy fights for the rights and dignity of everyone, and he’s dedicated to building a more inclusive country where everyone can achieve their dreams,” Castro said. “On multiple occasions, Joe took action and came to Texas on our southern border to see firsthand the faces of those devastated by the Trump administration’s cruel and inhumane immigration policies. Joe is the kind of strong leader we need in the U.S. Senate.”

This endorsement rollout is the latest move that indicates Kennedy is ramping up his charge to the Senate. Boston.com reports that the 39-year-old Democrat is opening new campaign offices in Lowell, Worcester and Roxbury, and plans to host 14 community town halls across Massachusetts over the course of January, including two in Spanish. Kennedy is also now outpacing Markey when it comes to raising campaign cash. Per the Globe, Kennedy raised more than $2.4 million over the last three months of 2019, while Markey’s campaign reports raising only $1.4 million.

The candidates, along with fellow primary challenger Shannon Liss-Riordan, will go head-to-head for the first time during their first debate, scheduled f0r February 18.