What started as a simple Instagram request has exploded into a nationwide project. 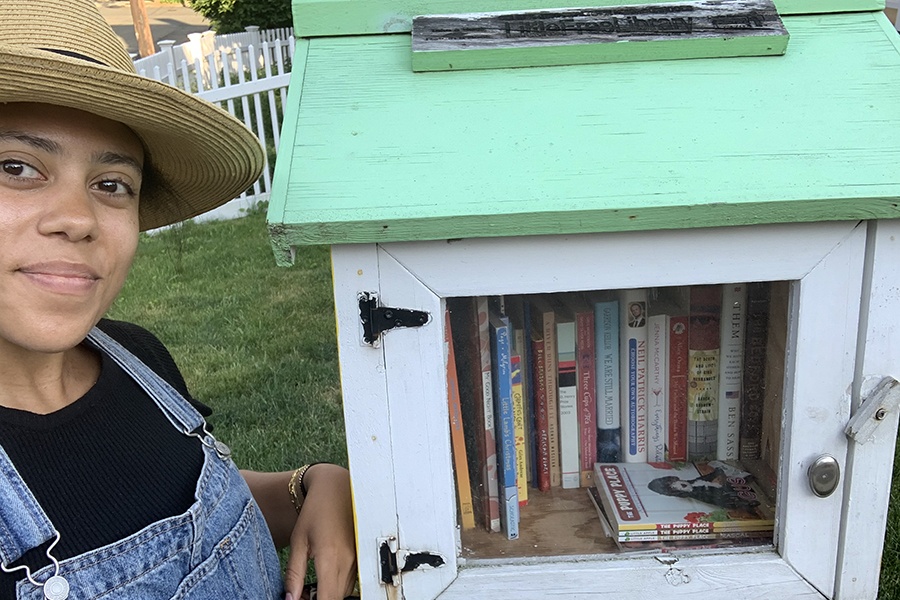 When the COVID-19 pandemic sent workers everywhere home, Sarah Kamya, a school counselor in New York City, decamped to her hometown of Arlington, Massachusetts. To pass the time in lockdown, she started taking long walks around her neighborhood, and made a discovery as she traveled her daily route—the books in the three little free libraries she passed by were predominately stories about white characters written by white authors.

So, when the Black Lives Matter protests began to pick up steam at the beginning of June, and Kamya began to see people looking for places to donate money to fight racism and support the movement, she had a suggestion.

“I posted on my Instagram and said, ‘Here’s something you can do, and I’ll make it super easy for you,'” Kamya recounts. Her plan? Collect a few donations via Venmo from her followers, and then use those funds to buy diverse books to disperse throughout Arlington’s little free libraries, the neighborhood book exchanges where people are encouraged to take a book or leave a book. Often housed in cheery little boxes on well-trafficked street corners, there are over 50 little free libraries sprinkled across Boston, Cambridge and Somerville alone. 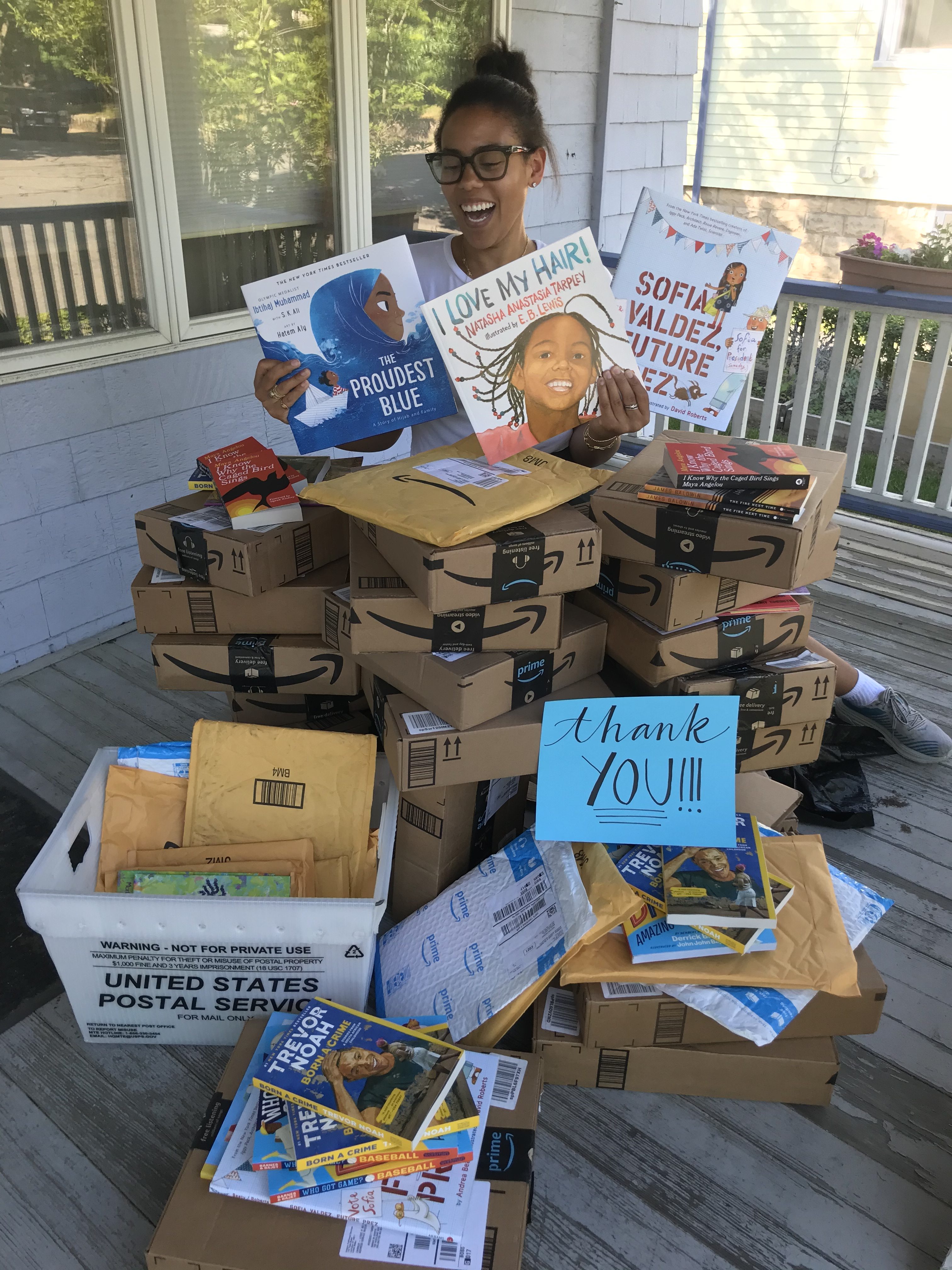 Within an hour of posting, Kamya received $1,000 in donations—and the project only grew from there. She’s now fully stocked the little free libraries in Arlington, and has sent more books to little free libraries in Beverly, Wellesley, Lexington, Charlestown, Cambridge, Medford, and the Boston area. In the month since she received her first donations, Kamya has raised over $12,000—$5,000 of which came from Kelly Ripa and Ryan Seacrest’s morning show, Live with Kelly and Ryan, after she was featured as one of the show’s “Helping Heroes”— and she has purchased about 624 books from Black-owned bookstores across the country. Kamya’s project, dubbed Little Free Diverse Libraries on social media, also gained the attention of Instagram fashion maven Eva Chen, who encouraged Kamya to create an Amazon Wishlist to make donating books a simpler process. Chen then shared the Amazon list to her 1.4 million Instagram followers, and nearly 600 books from the list have been dropped off at Kamya’s home since.

Today was one for the books! First fully stocked LFDL is ready to go. Let’s get reading!

Now, Kamya is sending books even farther afield. Over 100 people across the country have reached out to Kamya on Instagram to ask if they can have some books to stock the little free libraries in their neighborhoods, and she has sent curated selections, via bookshop.org, to about 20 different states so far. On Monday alone, she sent books to North Carolina, Wisconsin, and Maine.

Kamya says it takes her a few hours each day to get her shipments squared away. “I like to take my time choosing what books get in there,” she says. “I like to expand which books are being sent where.” The selection of books that Kamya sends and requests on Amazon was carefully curated, including some books for adults and many for young readers. Kamya says she was inspired by the lists of diverse books circulating online, the books she herself read growing up, and the books she has seen in the classrooms at the school where she works in New York City. The resulting list contains a myriad of books that would appeal to any young reader, from Dancing in the Wings, Debbie Allen’s story about a young Black ballerina, to The Story of Rap, a retelling of the origins of rap music that was deemed “sooooo adorbs” by Missy Elliott on Twitter. Kamya’s favorite of the bunch, though? Tallulah the Tooth Fairy CEO. “It teaches kids that they can be leaders and bosses and run their own business, and they don’t need to be told what to do by other people,” Kamya says. “And Tallulah is so cool.”

At the heart of her project is Kamya’s belief that it’s critical that children of color see powerful protagonists, like Tallulah, who look like them, especially in predominately white towns like Arlington. It’s also important, Kamya says, that children read books featuring characters of color where their race is not their defining characteristic—from stories about ballerinas to tooth fairy CEOs. “So much of learning when you’re young comes from seeing yourself in books, I think, even in books that are about kids going on pirate ship adventures,” Kamya says. “And if you aren’t represented in literature, it’s hard to feel empowered.”