NECCO Wafers Are Back…On the List of Worst Halloween Candies

After everything it's been through, still no respect for the chalky delights. 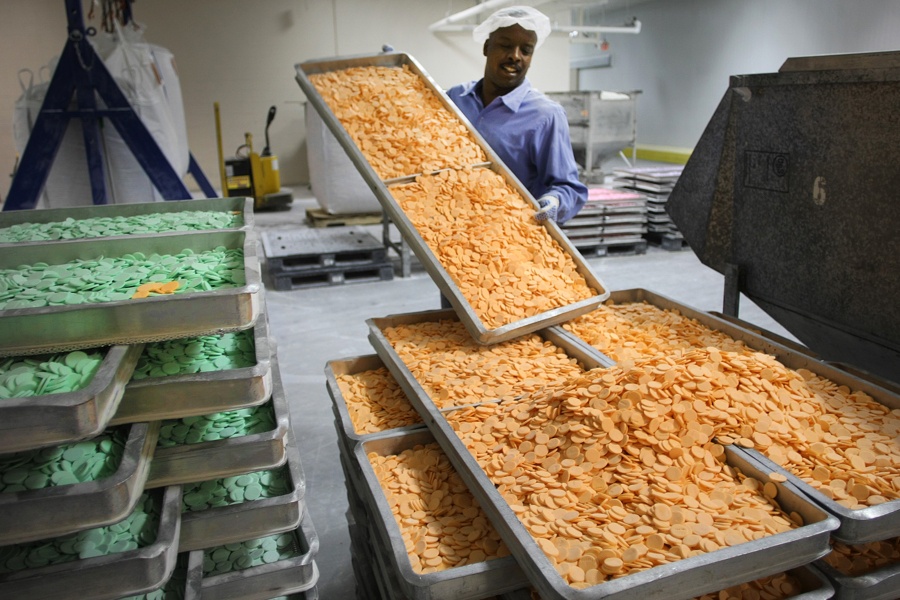 You would think that after a long and drawn-out dalliance on the brink of extinction, attitudes about the incorrectly maligned NECCO wafer would shift. There’s nothing like the possibility of absence, when it comes to antique foodstuffs, to make the sweet tooth’s heart grow fonder. Or so I thought.

A new list of the most loved and hated Halloween treats for 2020 reveals that there is still no love lost for the chalky little nostalgia disks, which we all know are deeply rooted in New England tradition. NECCO wafers, I regret to inform you, are now America’s sixth most despised candy. That’s according to the website CandyStore.com, which surveys thousands of customers each year, and compiles results from other websites, to determine which snacks are favored and disfavored in spooky season.

NECCO wafers, you’ll recall, temporarily vanished from shelves after its Revere-based factory was forced to close. Those who have always appreciated the dry, but delicious multicolored candies (including yours truly) were heartsick at the thought of losing them forever. Some even rushed out to buy NECCO wafers in record numbers back in 2018. But thankfully, production has now been taken up by the Spangler Candy Co., makers of the Dum Dum Pop, at a factory in Ohio. The company announced the return of the wafers in May of this year. Just in time, I guess, for plenty of ungrateful trick-or-treaters to once again have to extricate them from their plastic pumpkins and pillow cases.

Sure, the NECCO wafer’s standing has improved somewhat. As the study’s author notes, NECCO wafers were once firmly at the top of the list, loathed more than even the dreaded candy corn. Now, the company says, it’s at least liked better than Circus Peanuts (which came in third) or those inedible Wax Coke Bottles (fifth). Candy corn is back in the number one spot.

“It’s weird, because clearly some people absolutely love Necco Wafers,” CandyStore.com’s Ben George writes in a post accompanying the company’s findings. “But then again, since they’ve had a few rough years, maybe people aren’t as likely to kick a candy when it’s down.”

It’s impossible to say if the scales are tipped in NECCO’s favor in New England, as the company tabulated the scores nationwide. But it did rank the most popular candies state-by-state. And if you’re curious, the favored snack in Massachusetts is Sour Patch Kids, followed by Butterfinger and Dubble Bubble Gum. You can see those results for yourself on this interactive map.