In Defense of Candy Corn

A saccharine manifesto in support of the most polarizing Halloween treat. 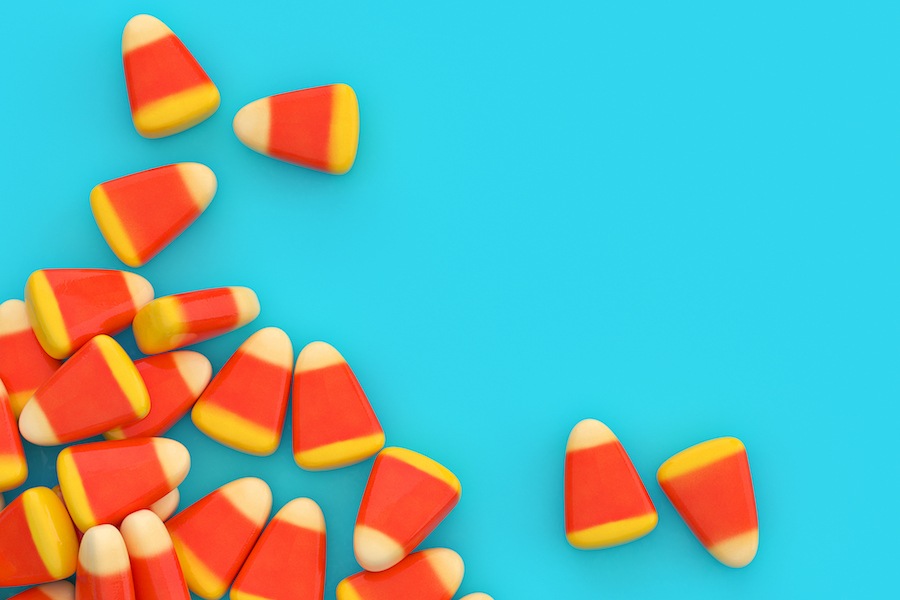 I’m not entirely proud of this confession: Last night I polished off my third bag of candy corn since I started filling the coffee-table candy bowl on September 1, the beginning of meteorological fall, the season around which my #basic autumnal passions revolve.

I only eat candy corn this time of year. It doesn’t taste the same when it’s not leaf peeping season—just like Michael Jackson’s “Thriller,” while always an undisputed classic, simply does not slap as hard when you hear its spooky Vincent Price “rap” outside of Halloween-time; the two things are inextricably linked. I start stockpiling bags of Brach’s from CVS around the same time I pull the chunky sweaters out of hibernation. They’re a taste of the season. Some people love their pumpkin spice latte; me, I have a fleeting annual romance with cloying sugar in the shape of a kernel that nature has never actually produced. Leave me alone.

This is a controversial statement. Earlier this week, we asked Boston-area chefs to share their favorite and least-favorite Halloween candies. Candy corn, by and large, was loathed. There were a few exceptions: Andy Husbands, barbecue king of The Smoke Shop, and Bobbie Lloyd, confection queen of Magnolia Bakery, are good company as fellow fans go. But for the most part, candy corn took a drubbing from respondents, including those that didn’t make the published piece. They taste like “urinal cakes,” said one chef. “Straight garbage,” offered another. My dark soul wept. But I was not surprised. Candy corn, I have noticed in casual conversation around such issues of great import, is incredibly polarizing.

Haters: indulge me the chance to make a quick case.

I’m a food editor. I eat well, lucky me. I appreciate the complex flavors, nuanced textures, and eye-popping presentations of fine pastries. But from September through November, I also enjoy shoving my hand into a bag of tricolored corn syrup, popping the candies like they’re Pac-Man pellets—if the goal of the game was to get cavities—and letting my eyes roll back. In that moment, I’m not there for richness or depth. I’m interested in beating my palate into sugary submission like I’m smashing a pumpkin on a stoop. (Not that I would ever partake in such shenanigans.)

Because here’s the thing: Food, especially candy, which comes attached to so many childhood experiences, isn’t strictly about flavor- it’s also about invoking a feeling. We often eat to savor the present and remember the past. If I taste a pasta sauce that reminds me of my grandmother’s gravy, I’m rendered too nostalgic to care if it’s the best version in the world- even if I know, on an intellectual level, it is not. Sometimes I order the same god-awful cocktail at my first Boston gay bar not despite its skull-clobbering qualities, but specifically because I want to invoke hazy memories of my best blurry nights. It’s just one drink; I’ll order respectably next time.

Candy corn isn’t good, in the strict sense of the word. I don’t believe it’s meant to be good. It’s meant to give a rush, of sugar and sentimentality. We all need those moments. Maybe for someone else, candy corn brings back memories of stomach aches. For me, it brings back:

Red and gold trees outside a childhood bedroom window. Jumping into piles of crunchy leaves. The changing of the bulletin board at the front of the classroom; here come posable cardboard skeletons with brass eyelets at the joints! Watching movies after school (Teen Witch and Monster Squad, probably) and leading my very official Ghost Hunting Club on expeditions behind the baseball field backstop. Dumping trick-or-treat plunder out of a pillowcase, and arranging candy in kaleidoscopic patterns on an orange laminate kitchen counter. Rubber masks worn with winter coats. (It’s not that cold, mom!)

You have something like this too, a food you know is junk but can’t help but treasure. One man’s straight garbage is another’s favorite sweet. One person’s trick is another person’s treat. That’s okay. That’s good!

With food, as in all things, there’s a time to be serious- and a time to be, well, just a little corny.