How green is your town? 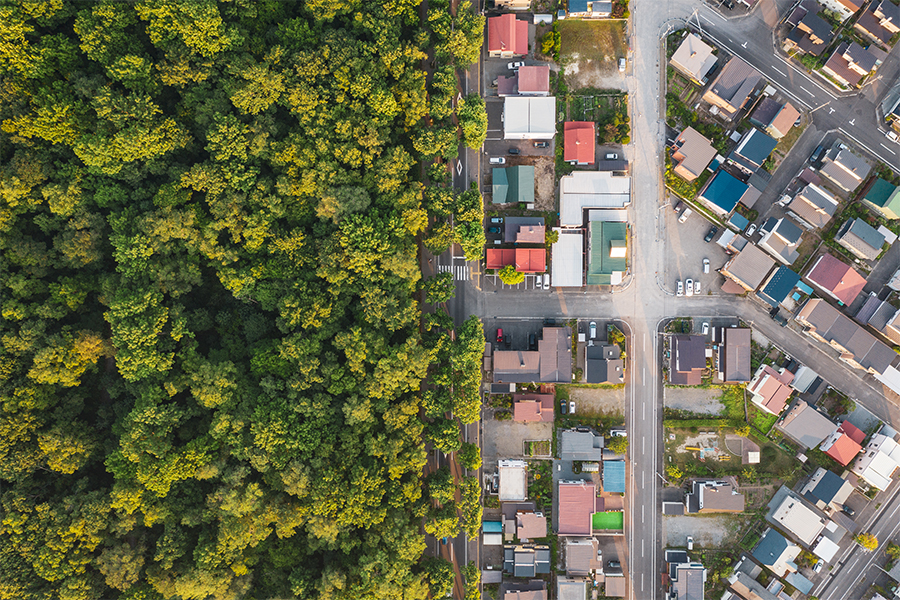 You probably know how the schools in your town rank and how housing prices and property taxes compare to your neighboring communities. But have you ever wondered how much your town is doing to help cool our rapidly warming planet, and how it compares to your neighbors?

It’s a pretty important question. After all, for the past four years the region has picked up the slack for a federal government that was missing in action on the issue. Even now, with a new administration in Washington that is doubling down on battling climate change—with two locals, special presidential envoy for climate John Kerry and national climate adviser Gina McCarthy, leading the charge—towns and cities remain instrumental in fighting climate change. They are “laboratories for innovative policies,” says Rebecca Davis, the deputy of the Metropolitan Area Planning Council. “In Massachusetts cities and towns have been on the cutting-edge, not just pushing past what the federal government does but coming up with policies that are pushing the state government to think more broadly and more ambitiously.”

So has your town been a leader, a laggard, or somewhere in between in this process? As an urban planner who has long focused on climate change mitigation, I wondered the very same thing. So I decided to find out. Here’s how I did it: I took the 40 towns and cities within the 128/95 border and assessed them on 19 indicators that demonstrate how committed a municipality is to doing its part to reduce greenhouse gas emissions. These indicators include everything from what percentage of the town or city’s fleet of ordinary passenger vehicles and light trucks are electric and whether they chose to participate in a series of voluntary state programs that fund cleaner energy usage to whether a community has a full-time employee leading climate mitigation efforts and whether its building codes promote reduced energy usage. (A full list of the indicators can be found here.)

For each category, communities received either zero or five points—or for some indicators, somewhere in between—for a maximum potential of 95 points. The full ranking can be found here, but below are the cities and towns that made the top 10, with some highlights on what they did to get there. Read on and see if your town made the cut.

Belmont has a municipal light plant (MLP), or a locally owned utility company that provides electricity to the residents of the town. It is by far the greenest of all the 41 MLPs in the state, according to a ranking by Mass Climate Action Network. The town also runs its own solar program and now boasts more than 350 solar sites.

Salem became a designated Green Community through the Massachusetts Department of Energy Resources back in 2010, the first year the program existed, and it is still on the vanguard. It’s currently working with Beverly to generate a Climate Action Plan that will serve both cities, something that could serve as a model for how communities can help others that have made less progress on addressing climate change. Meanwhile, Brookline has also long demonstrated a commitment to clean energy. Its municipal electric aggregation plan (which enables residents to get a portion of their power from renewable sources) is the second-greenest in the ranking, offering a minimum of 39 percent renewable energy.

In Lexington, 100 percent of the municipal buildings are required to be powered by electricity instead of fossil fuels, with 40 percent of that demand satisfied by the town’s own solar panels. Meanwhile, nearby Winchester conducted a greenhouse-gas inventory to pinpoint where it was emitting the most climate-change-causing gases in 2011—well before many area communities even knew what those terms meant.

In 2019, CDP, a nonprofit organization that helps companies and cities disclose their environmental impact, included Somerville among the 105 global cities on its “A list” for leadership in environmental action and transparency. What’s more, local officials have worked hard to make sustainability not just a policy priority but an economic one as well: Not only is the city home to Greentown Labs—an incubator for green tech startups—but it uses the companies’ technology on its properties.

Melrose was the first community in the state to adopt a municipal electric aggregation plan. It is also one of only five communities in my 40-community study group that belongs to the HeatSmart program, which helps promote clean-heating-and-cooling-system installation among residents and small-business owners through a group purchasing model.

Medford was the first city or town in the state to adopt a climate action plan back in 2001. But it’s not just being early to the party that earned Medford fifth place—it’s the real progress it has made since then. The city is one of only three in the ranking that as of late 2020 had reduced its energy usage by 20 percent in a five-year timespan, according to October 2020 data from the Massachusetts Department of Energy Resources.

We aren’t the only ones who have noticed what Boston is doing to fight climate change. In 2019 the Hub scored first place out of 75 cities in the American Council for an Energy-Efficient Economy’s Clean Energy Scorecard—the third consecutive year it received that honor for its energy efficiency. If that weren’t enough, it also won the 2019 Bloomberg American Cities Climate Challenge and a host of other awards and recognitions.

Newton earned its place in the sun through a serious commitment to solar. By 2018 the solar panels on its schools and municipal buildings generated 35 percent of their total electricity. And last year, 17 more schools added solar panels, for a total of 28 school locations with solar. Newton also offers its residents the option of getting 60 percent of their electricity from renewable sources as the default option for its municipal aggregation plan. That’s the highest percentage in the state.

While most communities in the ranking earned a full five points for joining the Green Communities program, none has done more with it than Arlington. It has won nine grants from the program and received more than $1.7 million to fund a wide range of energy conservation and green energy development projects. It also won points for having a standout level of leadership on climate issues thanks to Town Manager Adam Chapdelaine.

What can we say? Cambridge excels nearly everywhere you look. It has the highest percentage—63—of electric or hybrid vehicles in its fleet. It is one of only two communities that has a Building Energy Reporting and Disclosure Ordinance (BERDO) requiring the owners of commercial buildings and multifamily residential properties above a certain size to disclose information on energy usage each year to city government and prospective buyers or lessees. And its work to promote climate action on municipal websites and social media can’t be beat. In fact, Cambridge got the maximum points for every single indicator on our list except one.

1. Is a designated “Green Community.” 2. Participates in Solarize Mass or a similar program. 3. Has an energy aggregation plan 4. Participates in HeatSmart. 5. Partners with Mass Climate Action Network. 6. Reduced its municipal energy usage by 20 percent in a five-year period. 7. Percent of municipal vehicles are electric or hybrid 8. Has above-average climate leadership at the executive, managerial, select board, and professional staff levels. 9. Has a full-time climate action coordinator. 10. Actively involved volunteer citizens groups and committees. 11. Affiliated with national and international organizations that promote local-level climate action. 12. Awards, rankings and recognitions. 13. Conducted an emissions inventory. 14. Has a climate action plan. 15. Uses direct green power, or its equivalent, on city/town properties. 16. Promotes climate action on municipal websites and social media. 17. Adopted Massachusetts “Stretch” Code. 18. Adopted a Building Energy Reporting and Disclosure Ordinance (BERDO). 19. Committed to a specific climate goal by a specific year.