All signs point to a move toward normalcy in the weeks after Massachusetts' state of emergency ended. 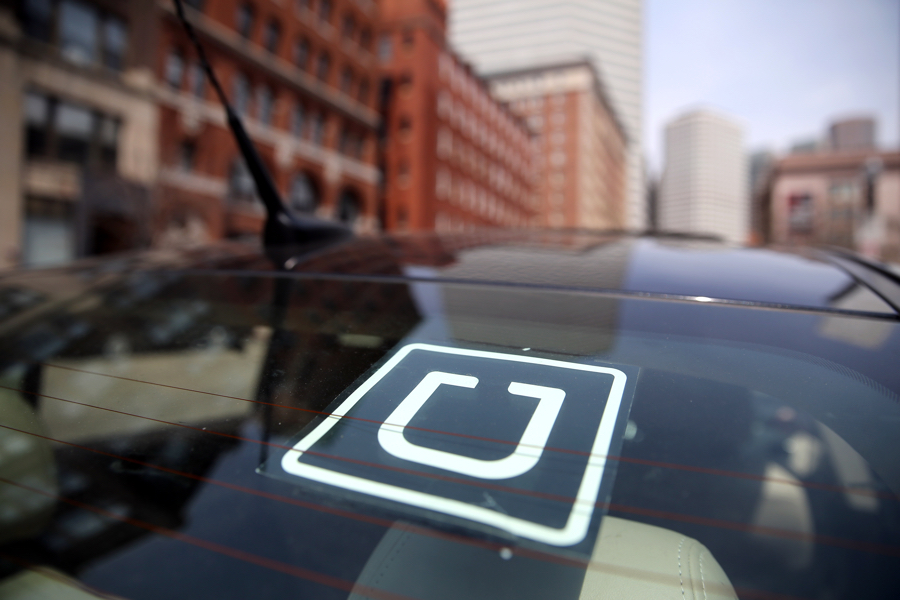 Earlier this year, as the city moved toward reopening and legions of Bostonians were once again hailing rides on their phones, app-users were confronted with a stubbornly lingering side effect of the pandemic: an Uber and Lyft shortage.

Drivers felt there wasn’t enough incentive to hit the road. Riders found themselves facing unheard of wait times, or trying to hail a car only to find there weren’t any Uber or Lyft rides to be found. That lack of supply collided with a sudden surge in demand, as Bostonians returned en masse to bars and friends’ apartments to reunite with vaccinated pals, or headed to the airport for long-delayed vacations. That combination, plus Massachusetts’ ban on surge pricing during the pandemic, made the user experience on the apps worse in Boston than in just about any major city in the U.S. Sometimes the outcomes late at night, given how early the T closes and the decimation of Boston’s taxi industry, were downright dangerous.

But now, it seems this frustrating storm has finally begun to clear.

The most significant change appears to be the return on June 15 of surge pricing, which means the apps can once again bump up the price of rides when demand spikes, and give drivers more of an incentive to get behind the wheel and pick up passengers. State law prohibits surge pricing when a state of emergency is in effect, a fact that ride-hailing companies and many drivers alike blamed for Massachusetts’ particularly acute driver shortage, considering the state of emergency lasted for more than a year.

The impact of the change was immediate, says Beth Griffith, executive director of the Boston Independent Drivers Guild. “It was like 12:15 in the morning [on June 15] and it was a $10 surge, an $18 surge, and it stayed like that for two days,” Griffith says, adding that the surges have slowed down in the weeks since, as more drivers circulate through the city.

Questions remain about what the rest of the year holds. Changes in the way drivers are compensated mean they often don’t reap the same rewards they used to from those higher fares. Griffith and the Guild have warned that drivers’ dissatisfaction with Uber and Lyft’s shifting payment formulas, along with the recent push from the apps to keep them classified as contractors rather than as benefit-eligible employees, could dissuade drivers from returning to the road in the numbers they once did. Expanded unemployment in Massachusetts, plus difficulties lining up necessities like childcare, not to mention continued concern about catching viruses from passengers, could also fuel drivers’ decisions to stay home, putting a damper on the apps’ recovery when demand spikes again in the fall.

One driver I spoke with, Munim Khan, says the impact of the return of surge pricing may be blunted by drivers’ dissatisfaction with pay, which is calculated at about 36 cents a mile, plus fluctuating flat rates. Riders, he points out, may not know that it’s Uber, not the drivers themselves, who collect the lion’s share of surged fares. “Drivers don’t like to work for the ride share [companies] because of lower prices and drivers are tired of it,” says Khan, a labor advocate who is also reportedly eyeing a seat on the Boston City Council.

But for now things are drifting back to normal. Or normal-ish.

Results—and costs—vary. One Sox fan named Brock tells me he popped open the Uber app to get back to East Boston from Fenway on a recent weekend night, and lo and behold, a ride was available. At $55, it was too pricey for his blood, so he opted for the MBTA instead. Still, it’s an improvement. “Previously,” he says, “there was basically nothing available at all late evening.” A Twitter user I spoke with says it cost $35 to take a Lyft from Coolidge Corner to Porter Square, “which was higher than I expected.” On the bright side, she says, there was “no wait.” A frequent Logan traveler tells me a Lyft ride from the airport that once cost $23 was now going for more than $100. Someone else I heard from says he “was pleasantly surprised” to have to pay only $20 for a trip through the clogged downtown streets between the Public Garden and the Fan Pier.

Data showing exactly how much the user experience has improved since mid-June are sparse. An Uber spokesman tells me the company will need a few more weeks to crunch the numbers and see how the end of Massachusetts’ state of emergency impacted service. It also notes that it alerted drivers in the state this month that surge pricing is back, a move it said could nudge them back on the road.

Lyft opts not to share region-specific data, but says ridership nationwide is on the upswing. “We’ve added thousands of drivers in the past few weeks and it’s already leading to a better rider experience with wait times down more than 15% nationwide, and down 35% in some major markets,” a spokesman says in a statement. Lyft says it has seen “driver leads”—meaning the number of people who take some steps toward becoming drivers on the platform—shot up 25 percent between February and May.

Both apps previously said Boston’s wait times were uncommonly high in the pandemic. According to Uber, Bostonians were waiting 40 percent longer for rides than our peers in Philadelphia, and 147 percent longer than New York City.

Boston riders returning to the apps this summer should be forewarned, though. Those anecdotal reports of higher rates aren’t outliers—nationwide, the cost of using transportation apps has shot skyward by as much as 40 percent, according to some analysts (Uber and Lyft did not provide data on price increases in Boston).

More budget-friendly options on the apps have yet to return. Uber Pool and Lyft Line, both of which allowed riders to split the cost of trips with other passengers nearby, were both suspended at the beginning of the pandemic. Neither company will say when, or even if, either service will be brought back online.

Ultimately, the future of these apps rests on drivers’ shoulders, and whether the people who work for the company feel it’s worth their time to continue doing so in the numbers riders came to expect pre-COVID. A looming fight over whether to classify Uber and Lyft drivers as contractors or benefit-eligible employees is beginning to ramp up in Massachusetts, and industry watchers anticipate the state will be an important battleground on the issue, in the wake of the apps’ successful campaign to limit mandated benefits for workers in California.

In other words, if the apps want to keep riders happy, they’ll have to make sure drivers are happy, and well-paid. How to make sure that happens will be a defining issue for Massachusetts’ gig economy in the not-too-distant future, and may determine whether we face an Uber and Lyft shortage like this again.