And when you might start seeing your ridesharing luck change. 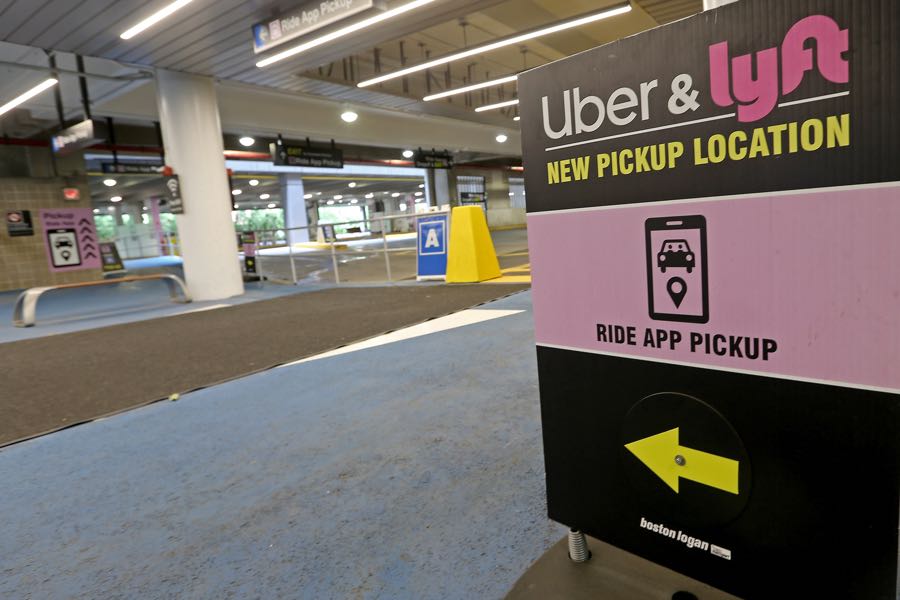 Remember when you could call an Uber or Lyft from anywhere in Boston, and be all but assured a car would show up in a matter of minutes to take you home? During the pandemic, those days ended. As anyone who’s tried to use a ridesharing app this year knows, it’s never been more difficult to get a ride. Wait times here are now worse than in most other major cities—40 percent longer than in Philadelphia, and 147 percent longer than in New York City, according to data from Uber. Some riders have described the delays as a safety issue, especially late at night in a city where public transportation shuts down embarrassingly early.

So how did the apps get so borderline unusable, particularly when you need them most? And when will the drought of Uber and Lyft drivers end? Here’s what we know.

Demand for rides plummeted across 2020

The number of people searching for rides took a nosedive during the pandemic, which makes sense given how many people were staying home to stop the spread of the virus, as well as all the lockdown restrictions. There were fewer things to do, fewer places to go, and more reasons than ever to avoid sharing small spaces with strangers—like a car. At one point, demand for rides was down 80 percent. When fewer people are in the market for rides, drivers had less incentive to hit the road because they risked driving around aimlessly for multiple unpaid hours.

Getting a ride late at night is next to impossible

Demand is especially low at night. Since current restrictions put a severe damper on the city’s bar and club scenes, there simply aren’t enough people looking for rides in the wee hours of the morning. So drivers, correctly, have decided it’s not worth their while to drive that late.

Massachusetts has been in a state of emergency since Gov. Charlie Baker announced the move in March of last year, and thanks to a relatively new state law that forbids “surge pricing” during declared emergencies, that means apps have been forbidden from jacking up the price of fares when there is an imbalance between supply and demand. The “surge pricing” system is designed to ensure that anyone who wants a ride can get one at any time, so long as they’re willing to pay a little bit extra. At the same time, it’s meant to encourage drivers to hit the road in search of lucrative surge fares. So thanks to the state’s ban, drivers have much less of an incentive to drive. It’s possible the ban will stay in place until Baker rescinds the emergency order. He has not said when he will do so.

The law dates back to 2016, when lawmakers in the wake of the 2015 Winter from Hell sought to keep MBTA riders from being targeted with outrageous fares in the event of a natural disaster that disrupts transit.

For now, we’re in exclusive company: Massachusetts and Nevada are the only states with such a ban on the books.

Logan rides aren’t the cash cow they once were

The ride shortage is particularly acute at Logan. Travelers are beginning to return to the airport, but traffic as of March was only up to about a third of pre-pandemic levels. So the Uber or Lyft drivers who used to service all the people streaming out of their terminals have also been more reluctant to make the trip to the transit hub, lest they risk wasting time idling in their cars waiting for passengers. As a result, ridesharing trips are still down 80 percent at the airport.

As one driver put it in an interview with the Globe, it just isn’t worth it to try to pick up passengers at the airport right now, especially if a rider’s journey is a short, low-fare trip downtown—a situation he called “a disaster for drivers.”

Not all of those Uber drivers got off the road entirely—gig workers looking to pick up some extra money have been kept pretty busy transporting meals instead of late-night revelers. Sales at apps like DoorDash and UberEats more than doubled this past year. Working for these services, and not having to risk interacting with an anti-masker in your back seat, may simply be a more attractive option right now.

And other drivers want more before getting back behind the wheel

Multiple factors have kept rideshare drivers off the road, from unsatisfactory paychecks to the health risks of being in close contact with passengers, or the inability to pay for childcare with kids learning from home.

For Beth Griffith, it’s been fear for her family that has kept her from driving for Uber or Lyft since early last year. “My mom and my dad both are high risk for contracting COVID. I just wasn’t prepared to put my family at risk,” she says. “It just wasn’t worth it.”

But their complaints don’t stop there. Griffith is Executive Director of the Boston Independent Drivers Guild, a group that advocates for the interests of some 800 rideshare drivers in the city. She says the blame for drivers’ reluctance to hit the road goes straight to the top. Uber and Lyft consider their drivers contractors, rather than employees, which means they do not provide health or childcare benefits, or offer paid days off. So if a driver were to get sick on the job, they would be largely on their own.

Asked what steps Uber and Lyft could take to make driving a more appealing proposition, Griffith pointed to what the BIDG is calling the Rideshare Drivers Bill of Rights, a list of provisions that includes a return of surge pricing, as well as a $20 minimum wage (after expenses like gas and repairs), employee benefits, the right to form a union, and protection from harassment.

By her telling, users would be having an easier time getting rides on the apps if companies compensated their drivers more generously.

Both Uber and Lyft have tried to lure riders back with incentives. In April, Uber announced it was spending $250 million on the effort, through a program it has called a “stimulus.” The company declined to offer specifics for what drivers in Boston are being paid as part of this program, but a spokesman estimated that on average it amounts to a $5-per-hour boost in pay. Some drivers have described a set-up in which they are guaranteed a certain amount of income after a certain number of rides—if fares don’t clear that minimum, Uber pays its drivers the difference. The Uber spokesman confirmed that at least some of the “stimulus” was being paid this way. Some drivers, including the BIDG, have criticized this program as inadequate, and no substitute for an increase in pay. (“It’s not even a stimulus,” Griffith tells me. “To me, that’s a slap in the face.”)

But it’s possible that an increase in demand for rides this summer, coupled with a guaranteed payout for people who drive, could sweeten the pot enough to nudge supply in the right direction.

Last year, Gov. Charlie Baker introduced a bill that would allow the return of surge pricing if the apps get the OK from the agency that regulates them, the Department of Public Utilities. State Sen. Joe Boncore, chair of the state’s Joint Committee on Transportation, supports the bill and says he believes it will be taken up during this legislative session.

After all, Boncore says, the 2015 law was never intended to block surge pricing indefinitely. “We’re not talking about a snowstorm, or a two or three day blizzard. We’re talking about a year-and-a-half pandemic at this point,” he says. “I think just removing the prohibition and giving the DPU the authority to make that judgment call is the right step to take.”

Of course, this could be made moot if Baker waives the state of emergency, which has been in place since March 10 of last year, but he hasn’t offered specifics on when he plans to do so.

Demand is once again on the rise

Car traffic statewide is returning with a vengeance, off just 5 to 14 percent from pre-pandemic levels. And while Lyft did not provide Boston-specific data, in March it reported demand was at its highest point since the start of the pandemic. It also told investors this quarter that it expected to see demand increase with each passing week for the rest of the year. A spokesman says the company is “seeing big increases in demand for rides, as vaccines roll out and people get ready to start moving again.” That alone might convince more rideshare drivers to hit the road.

So when will the apps go back to working like they used to?

When drivers decide it’s in their best financial interest to hit the road by the thousands. Until that happens, expect to wait a much longer time to snag a Lyft. And if you’re heading out for a night on the town, make sure your plans don’t hinge on using an app to get home.