Gotta Go? Here’s a Graded Guide to the MBTA’s Restrooms 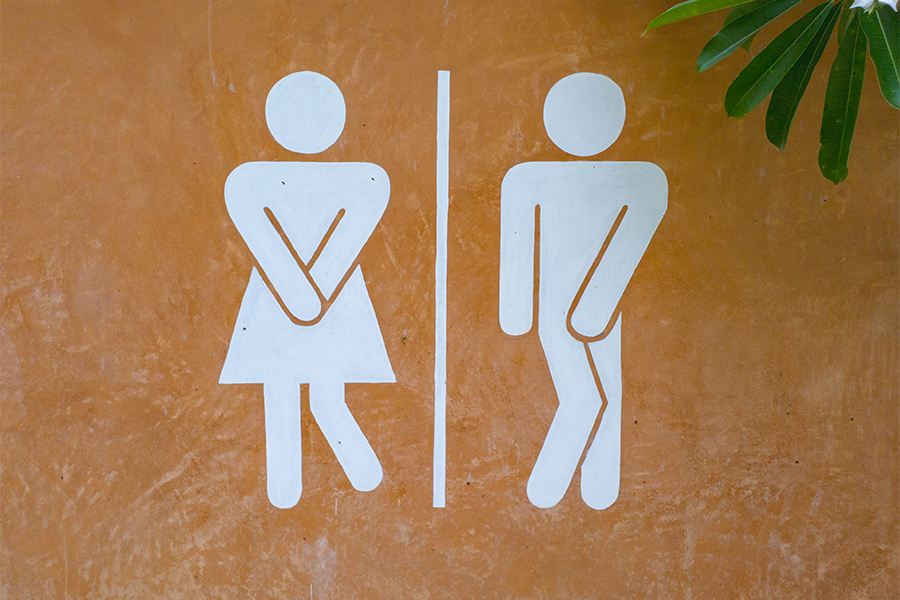 While on an MBTA Red Line trip recently, I faced a not infrequent commuter dilemma: Nature was urgently calling, and there I was with no Starbucks handy to race off to. Deciding to take a little bit of a risk, I asked an MBTA transit ambassador if there was a restroom in the station, which happened to be Ashmont. Lucky me—there was, and he pointed me to it. Predictably, the facility was hardly glam, but it did the trick.

At the same time, it made me wonder what other T stops could come through in a pinch. So off I went, clipboard in hand, zealously doing my research.

What I learned was, at once, illuminating and disconcerting. First off, you should not expect to have easy access to a restroom at every station. While virtually all of the 63 T subway and underground trolley stations have restrooms, only 22 of them are available to the public, according to MBTA representative Joe Pesaturo. The rest are set aside for use by T employees only.

You can always try your luck by asking a T ambassador to give you access to an employee restroom—they’re generally required to do so under MBTA policy. They may turn you down, though, either because they don’t have a key or if the toilet is located near equipment. Or, in my experience, because they just don’t want to.

With those caveats in mind, here’s the results of my spot check of T restrooms at 13 stations (five were public and eight were employee-only) along with letter grades to guide you when nature calls. I based my assessment on the degree of cleanliness of the facilities and whether they were properly stocked with the essentials, like toilet paper, paper towels, and hand soap.

Worst of the Worst (Grade F)

Forest Hills Station: The restroom at this station was without doubt the most stomach-churning one I came upon. It was dirty and stank to high heaven, the urinal did not flush, and there were no paper towels, no toilet paper, and no hand soap. And get this—the door was propped wide open with a cone, thus allowing people to actually look in and see you doing your business at the urinal. When I went back a week later to check to see if the cone was still in place, it was—I guess it’s de rigueur there.

Harvard Square Station: Nearly as unappealing was the restroom at the Red Line’s Harvard Square Station. It had the same cleanliness issues as the one at Forest Hills sans the open door, but it also had some uber-raunchy graffiti—let’s just say it was a lot more potent than “For a good time call…”

Could Be a lot Better (Grades C to D)

Some T restrooms will get the job done, but they’re still kind of unpleasant, which is what I found at these five stations.

Ashmont, Chinatown, Mass Ave, JFK/UMass, and Wonderland Stations: To varying degrees, I found the toilets at these locations to be dingy, smelly, and grimy, and often had no hand soap, no toilet paper, no paper towels, and/or overflowing wastebaskets.

The Revere Beach Station has an employee-only restroom. When I asked the ambassador working there if I could use it, she declined and directed me instead to go to the next stop, Wonderland, for the public toilet there.

Getting Better (Grade B)

Government Center and Kenmore Stations: I found the restrooms at both locations to be quite serviceable. But I had to depend on the kindness of strangers here. You see, the toilets at these two stations are designated for employees only, but the ambassadors let me in. The ambassador at Kenmore was particularly nice, considering that it was a Red Sox game day and he was quite busy.

Even Jerry Seinfeld’s best bud and toilet connoisseur extraordinaire, George Costanza, would like these facilities.

Airport Station: When I asked an employee there if there was a restroom in the station, he politely said, “Come with me, sir” and walked me over to it. It was quite clean, smelled nice, had the requisite toilet paper, hand soap, and paper towels, and even some hand-sanitizer—a nice touch, I would say. But you’ll never spot it without a little help—the door was marked “Authorized Personnel Only/Police Take Notice.”

Back Bay Station: The restroom here was very clean as well, smelled nice, and the necessary materials were all on hand. A novel thing here, at least for me, was that the soap, water, and electric drier are all incorporated into the sink right next to each other. Way cool!

Park Street and Downtown Crossing Stations: A failing grade also goes to these two stations, not because they were dirty, but because I was refused entrance to the locked employee toilets there, and there were no public options. To me, that seems inexcusable, given that the two locations are large downtown stations situated in the heart of what we like to think of as a world-class city.

When I asked the ambassador at Downtown Crossing if I could use the employee restroom there—it’s located directly across from the CharlieCard Store—she said no and instead told me to go to the nearby Roche Bros. supermarket and use their facility.

I also got the brush off at Park Street, where a T inspector sitting in the booth sternly refused to let me use the toilet there. Likewise, a transit cop who happened to be in the station at the time also refused to open it up for me.

When I reached out to Pesaturo about my overall findings, he responded by explaining the cleaning process followed by the agency.

“Cleaning and maintenance responsibilities are handled by the MBTA’s cleaning contractors,” he says. “The bathrooms are cleaned and resupplied regularly. The frequency of cleaning varies from location to location, depending on passenger volume and the level of use. As part of the cleaning contracts, the MBTA audits the cleaning quality of 1.3 million square feet of cleanable area, including bathrooms, and the T monitors compliance with cleaning thresholds.”

Don’t expect to find much T directional signage that says: “Attention Passengers: This way to the toilet.” Your best bet is to ask one of the T ambassadors, most of whom I found to be quite cordial, or to try someone on the T’s cleaning staff, who were also quite helpful.

If you’re willing to take your chances, here are your public T restroom options:

One last tip: If you happen to be out and about in the vicinity of the Back Bay, Harvard, or Alewife stations and need to go, the public restrooms there are located outside the fare gates, so you don’t have to pay a fare to get in.